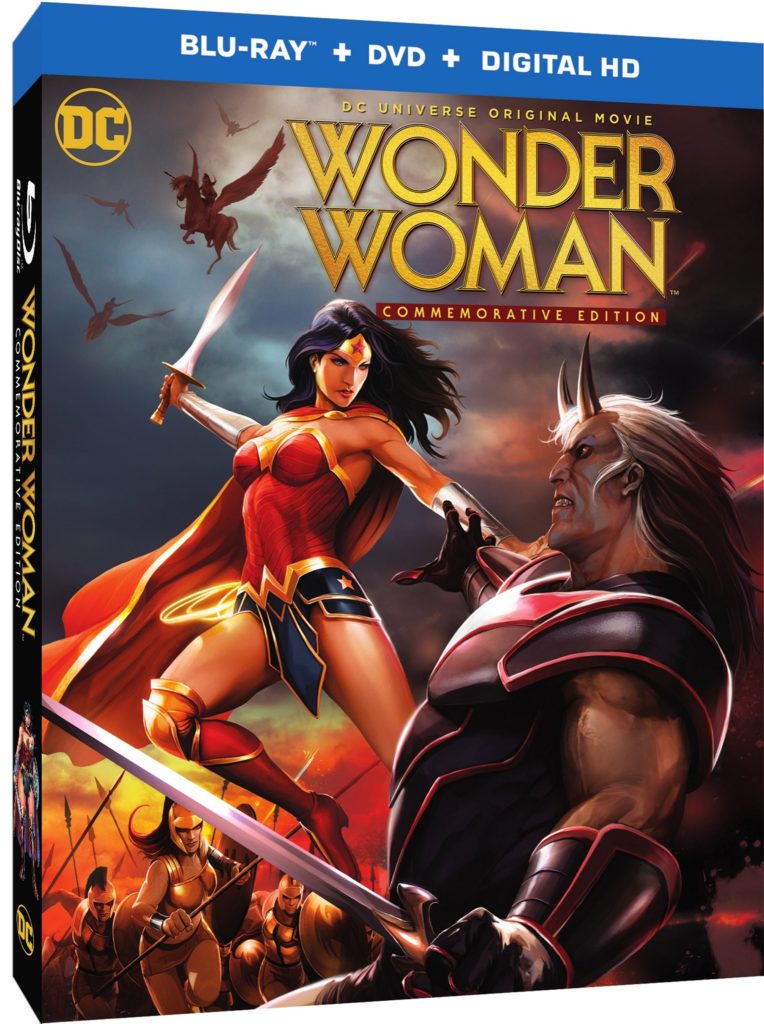 Fans of Diana can relive the adventures of the Amazonian princess because Warner Bros. Home Entertainment will be releasing the Wonder Woman: Commemorative Edition this May!

With Diana’s 75th Anniversary, and a live-action solo film on the way, a re-release of her 2009 animated film was a given and I’m all for it. The entire world needs to know how great she is as a character.

On the mystical island of Themyscira, a proud and fierce warrior race of Amazons have raised a princess of untold beauty, grace and strength – Diana. When U.S. fighter pilot Steve Trevor crash-lands on the island, the rebellious and headstrong Diana defies Amazonian law by accompanying Trevor back to civilization. Meanwhile, Ares (the God of War) has escaped his imprisonment at the hands of the Amazonians and has decided to exact his revenge by starting a World War that will last for centuries and wipe out every living being on the planet, starting with the Amazons. It is up to Diana to save her people and the world – by using her gifts and becoming the ultimate Wonder Woman!

Comic book fans might remember the plot from Diana’s Gods and Mortals arc.

I’m excited for the Wonder Woman: Commemorative Edition. Fingers crossed we get more Diana-centric animated films in the near future.

Diana’s live-action film starring Gal Gadot has a June 2, 2017 release date. You can join the fun of talking about Diana’s past, present, and future using #WonderWoman75

Are you a fan of Wonder Woman? Let us know.

Previous:The New Power Rangers Movie Is A Win For Representation