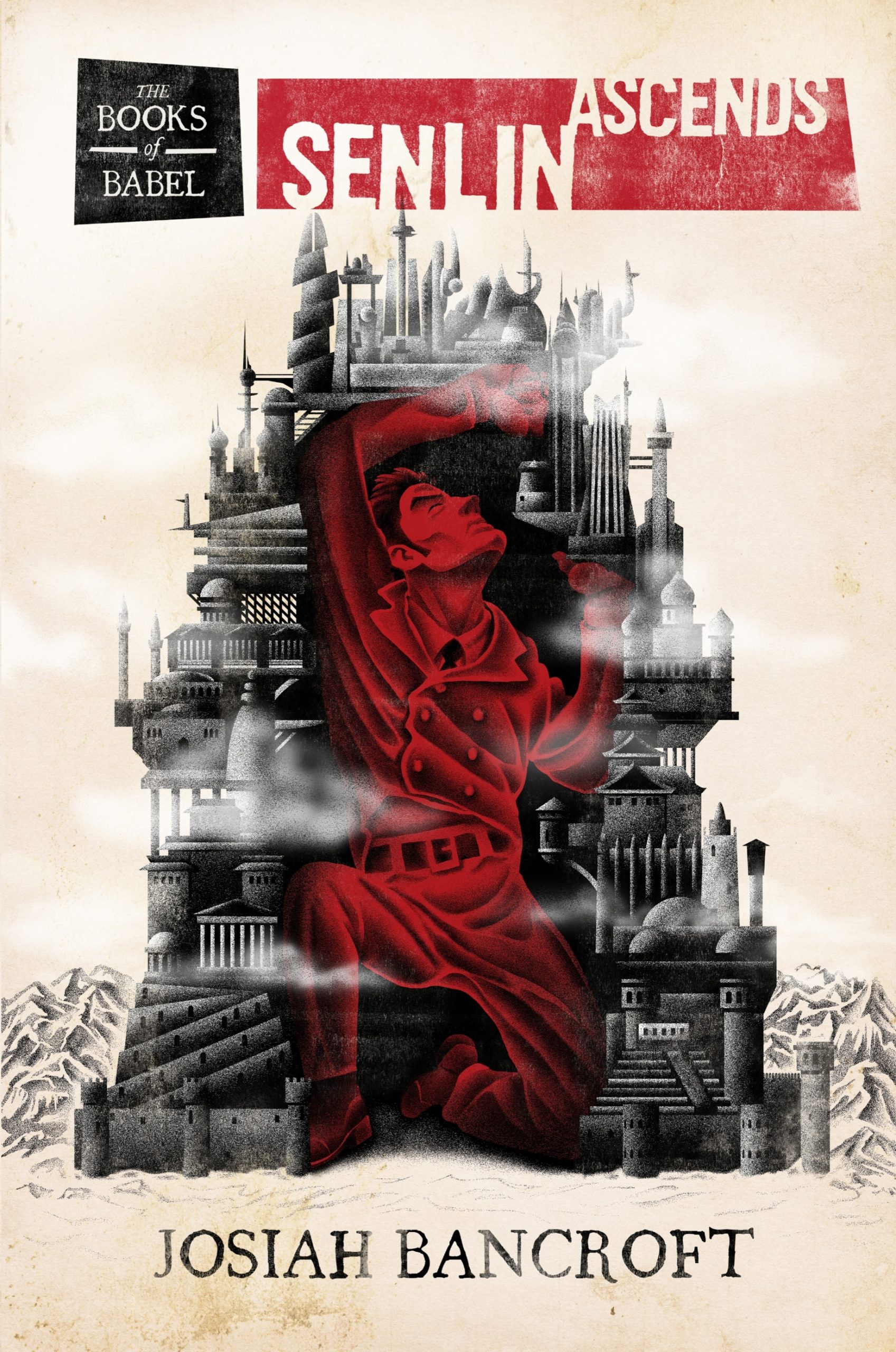 I was introduced to Senlin Ascends by a friend who claimed that it was one of the best self- or small press-published books he’d ever read. Once I picked it up, it didn’t take me long to realize that he was right. The style, the world-building, and the story as a whole was engrossing – I was definitely left wanting more, and thankfully there will be, as Senlin Ascends is part of a trilogy called The Books of Babel.

While this can’t exactly be called historical fiction, straight-up fantasy, or steampunk, the fact that it takes some of the best elements from all of those genres – and includes great characters as well – was refreshing to say the least. I highly recommend this novel for fans of any of the above, or if you simply want a great read about an ‘ordinary’ man’s struggle against what I’ll lightly refer to as ‘evil’. I don’t want to say any more for fear of spoiling the story, but let’s just say that it’s certainly not predictable.

I was lucky enough to get in contact with the author, Josiah Bancroft, and have a conversation with him via email. We talked about geeking out, how great the editing was, Josiah’s preferred way to write, and more!

T: Tell me a bit about yourself – whatever you’re willing to share that goes a bit deeper than the bio/about page on your website. 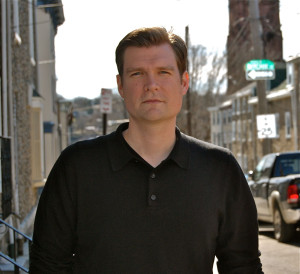 J: I’m sort of a serial obsessor. By that I mean that I go through these phases of intense, probably unhealthy interest in a subject or activity. A few years ago, it was the SNES edition of Tecmo Bowl (I was going for the world record with a friend). Then it was movies (particularly bad science fiction and anything weird from Asia), then it was vinyl records (mostly classic rock, post-punk, and new wave), and now it’s a band called Dirt Dirt that I started with my wife and two good friends. I’m always writing, but that’s my serious work. My obsessions are purely for geeking out.

I don’t have much interest in adult things like careers. I’d rather be Pippi Longstocking than Don Draper. I like to cook. I like to drink with friends. I like people who are passionate about anything, especially things I know nothing about. I met a guy named Ed who told me all about the different pads he used to buff and wax commercial floors. He kept pictures in his wallet of his work. It was fascinating because he was so passionate about it.

T: I completely understand the ‘serial obsessor’ thing. Most recently for me it was George R.R. Martin’s Song of Ice & Fire series. Not long before that I’d say it was The Beatles, who I’d always loved, but suddenly felt the need to know everything about.

T: This is just a clarification – is Senlin Ascends self- or small press-/Indie-published?

J: It’s 100% self-published. I’m pretty proud of that, but I can only take partial credit for it. Ian Leino did an incredible job on the cover art, and a whole host of colleagues, friends, and family helped me edit it.

T: I do have to commend you on how great of a job you/they did with the editing! It’s sadly rare to see a well-edited self-published book, and even more so one that is great in terms of format and grammar and even nearly devoid of typos.

T: Did/does anything or anyone specific inspire your writing, most notably Senlin Ascends?

J: The book probably wouldn’t exist if I hadn’t read Italo Calvino’s Invisible Cities. It’s short, weird, and wonderful, and I can’t recommend it enough. It’s a sort of fantastic travelogue of unreal destinations, and it became the inspiration for the Everyman’s Guide that is featured in Senlin Ascends.

One of the things that I admire about Calvino is that he mashes up his interests and influences in unconventional ways. Some writers blend genres. Calvino invented them. He melded physics, folklore, poetry, and pulp, and the result was like nothing else. I tried to do that with Senlin Ascends, though I wouldn’t put my book on the same shelf as Calvino’s.

Actually, I would do that. I’m going to go do that right now.

T: Ha! I have to admit, you’ve peaked my interest in Invisible Cities. I’ll take the mention as an outright recommendation and find myself a copy 🙂

T: When did you first start writing Senlin? Anything you could/would share about the writing process is always helpful – we have a lot of aspiring writers who work for and visit our website!

J: I started writing Senlin Ascends in January of 2012. I gave myself a year to write it, and I stuck to that deadline pretty well, publishing in February of 2013. I found it helpful to not talk about the story or my ideas, though it was really tempting. I kept them secret, even from my wife of thirteen years. That secrecy helped sustain my interest in the project and the ideas.

I also became much more productive when I stopped sharing and work-shopping my drafts, which happened very early on in the process. Working without input forced me to read my own work. I’m sure that sounds a little funny. And I’m not talking about copy-editing here. I mean, reading to decide for myself what was working and what wasn’t.

I had to learn to identify accomplishments so that I could repeat them and build on them. And then I had to teach myself to find the failings in the story, the prose, and the characters. It’s hard— really hard— to learn to be independently critical of your own writing, especially when there are hosts on the internet standing by, ready and willing to praise and flog your work, both of which are less traumatic and more immediately gratifying. But I write more, and I like my work better now that I’m my primary reader.

T: That’s some really interesting advice. I think I’ve tended to hear the opposite, or at least that it’s good to share but not to OVERshare. Personally I keep my writings pretty secret until they’re finished as well, though it doesn’t seem to push me to finish them the way it does for you. I certainly wish it did!

J: Well, don’t give up! I have a lot of half-finished stories and novels on my computer, too. I think most writers do. And just to clarify, there are plenty of writers who absolutely thrive in workshop environments and who improve their ideas by talking about them at length. That works wonders for some people. There’s no right way to write.

J: The Tower of Babel came first. Everything else, including Senlin, was discovered while I was exploring the Tower.

Actually, the whole thing started as a blank-verse epic poem. Really. I was trying to be Ovid. It came out sounding like Tonto. I still have drafts of that thing rattling around in a hard drive somewhere.

Man, that’s frightening. I have to go find and obliterate that file right this minute.

T: No! Don’t do it! I recently organized my desk at home and found so much awful old writing. I was sorely tempted to throw it all away, but I know I’d regret that someday.

J: I actually can’t find the file right now. I think it’s hiding. It must’ve heard me plotting to kill it, so it ducked into some obscure sub-folder. Oh well. I guess it gets a stay of execution.

T: How much research – if any – did you do into the stories/’history’ of the Tower of Babel?

J: The passage in Genesis that tells the story of the tower is really quite brief.  To be honest, it’s a little unsatisfying. I remembered the story from childhood, and my imagination had embellished it quite a bit over the years. Then, when I read the passage again in preparation for writing Senlin, I was disappointed by how dull and terse it was.

I really like history, especially ancient history, but I made a decision quite early on that this story would take place outside of history. That was partly because I didn’t want people to think that I was writing a Bible story and partly because I felt like it was confusing enough that I was dropping a Victorian society on top of antiquity. I ended up researching more about the physics of dirigibles than the architects of ziggurats. That was an amazing sentence to write. Dirigibles. Ziggurats. Peace out.

T: As a history lover, I’ve read quite a bit of historical fiction, and a lot of it has been good. I think it’s more difficult to take something from history and write a story around it that takes place outside of history, and you did such a great job with it!

T: I noticed that there are quite a few steampunk elements in the book, though you don’t advertise it as a steampunk novel per se. Could you tell me a bit more about that?

J: I’ve been told that it’s not quite steampunky enough to qualify as steampunk by people who know the genre better. I like to think it’s steampunk in the same way that something like Gibson and Sterling’s The Difference Engine is.

I was reading a lot of Jules Verne, Charles Dickens, and Thomas Hardy when I started writing Senlin. So if I’m feeling obnoxious I’ll call it a “Victorian Adventure.” Really, I’m happy to accept the stamp of any genre that will have me.

T: Come to think of it, maybe it actually transcends genres. Which is a good thing because I think a lot of people with varied interests could read and enjoy it! 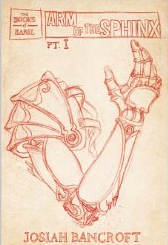 T: I see that you publish quite a bit of poetry, and of course Senlin Ascends is part of a trilogy – are these your main projects right now, or are you working on anything new/different?

J: I’m working away at the second book in the series, Arm of the Sphinx, which I’m serializing on Amazon in big chunks. I have a few other side projects, but right now I’m pretty busy with my band. We’ve recorded two EPs, but our first live show is this week. We’re all really curious to see if we’re going to get up there and GWAR on our shoes or shine on like a bunch of crazy diamonds. (Obviously, I don’t listen to a lot of current music.)

T: Interesting. What made you decide to release the second book in that way, and do you think you’ll continue that trend with the third book in the series?

J: I wanted to build on the momentum of the first book, and since I’m not the faster writer in the world, I thought serialization would be one way to do that. But the serialization has confused some of my readers, and it has put off others who feel like I’m teasing them with 100 page blocks. I think I would only do it with future books if there was a demand for it. We’ll see how things go.

You can find out more about Josiah via his website, Facebook Page, or Goodreads Blog, and I highly suggest grabbing up a copy of Senlin Ascends. As he mentioned, the beginnings of the second novel in the series, Arm of the Sphinx, are already available as well (Part 1 here; Part 2 here). I for one can’t wait for more!