A Gay Couple In The Expendables 3? I Don’t Think So! 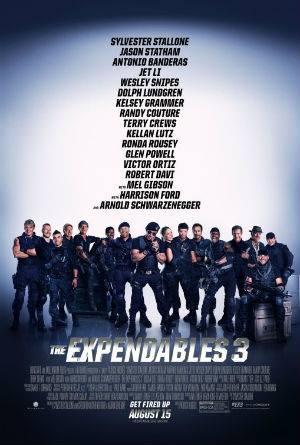 The Expendables franchise mainly targets straight men looking for an action-packed popcorn movie. That’s why the news of two gay characters, played by Arnold Schwarzenegger and Jet Li in the film, sounded interesting to me. In an interview by Grantland, the director of the film Patrick Hughes said he believed the two characters were actually gay. 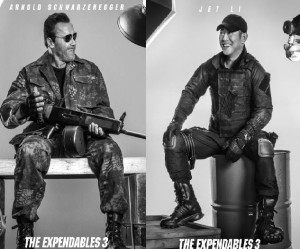 For those of you who don’t know, there has been no mention of Schwarzeneggar’s and Jet Li’s characters being gay in the previous two installments of the franchise. Schwarzeneggar plays Trench Mauser and Jet Li plays Yin Yang in the franchise. However, in The Expendables 3 the two characters shared a scene near the end of the film where Barney Ross (Sylvester Stallone) told them to get a room when he saw them nuzzling each other. In response to Barney, Trench pulled Yin closer and said they didn’t need a room.

Now, the scene does look gay if you want to see it like that. However, for someone who didn’t or couldn’t activate their gaydar during the scene, it would come across as a joke targeting homosexuality. There’s also a lot of homosexual subtext between Barney and Lee Christmas (Jason Statham). If you have your shipping goggles on, their interactions in every scene they share will resemble a bickering married couple.

I know that the director thinks Trench and Yin are a gay couple, but the fact remains that it doesn’t come across as such. Even my friends who are acceptable of homosexuality couldn’t see it. To them it was just two straight male characters acting funny for the sake of some laughs in the theatre.

I’m all for more gay representation in films but I don’t think it would matter if it’s shown in a way that’s too subtle or can come across as a gay joke. I mean, if kid films like ParaNorman and How to Train your Dragon 2 can clearly state the sexuality of their gay characters then The Expendables 3 should’ve been able to do a better job.

As far as I’m concerned, there are no gay characters in the film even if the director believes so. I’m not even sure if Schwarzenegger and Jet Li knew they were supposed to be playing gay characters. For me, their playfulness, full of homosexual subtext, was similar to the scenes shared by Sylvester’s and Statham’s characters. I hope the actors give an official statement about the sexuality of their characters because it would be good for gay representation in action-packed Hollywood films.

Have you watched The Expendables 3 yet? Do you think Trench and Yin are gay? Let us know!

Previous:Naruto x 689 Review: I Like You
Next: A Conversation with Josiah Bancroft, Author of Senlin Ascends