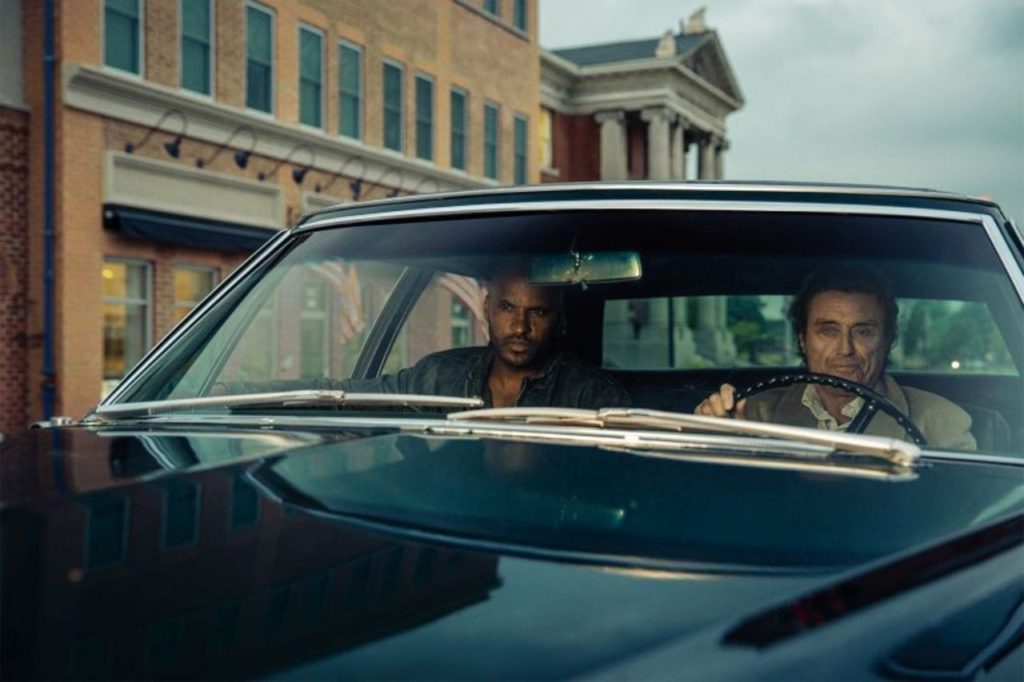 While last week we learned that gods can perish if they’re forgotten, “A Murder of Gods” was a different sort of proof that gods can die – brutally.

There was, in fact, quite a lot of death in “A Murder of Gods” – the episode opened with the deaths of a group of Mexicans who were attempting to cross the border into the US, and this included Mexican Jesus. And then there’s Laura Moon, who is rotting very quickly – something you can see by looking at her, even if Mad Sweeney wasn’t there to remind us about how bad she smells. Not that she cares, and apparently Salim doesn’t either. 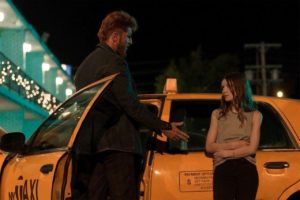 That’s right, Salim from “Head Full of Snow” is back, and he’s on a [not-quite-] buddy road trip with Laura and Mad Sweeney! Seriously, it’s the grouping I never knew I wanted. It’s awkward and Mad Sweeney is constantly nearly ruining things with his overall rudeness, but at the same time I couldn’t get enough of it. That said, as much as their scenes were filler, the little sidetrack to Laura’s family’s house was by far the most pointless part of their little road trip. Hey, at least they’re on their way to the same place as Shadow and Mr. Wednesday?

Not that Wednesday himself will be all that happy to see Laura. Despite the fact that Shadow turned down her…advances, shall we say…Wednesday is obviously not fond of the fact that she’s chasing after him at all, and he’s definitely going to do his best to keep the two of them apart. Does he just want Shadow all to himself, or is there something else about Laura that is setting him off?

One thing is for sure, this season is moving very quickly toward the gathering of the gods in Kentucky that everyone is talking about, although “A Murder of Gods” was much like “Git Gone” in that it featured a side story that the show writers seamlessly wove into the main plot. And no, it wasn’t Laura, Salim, and Mad Sweeney’s road trip – it was an entirely new character, a god who didn’t exist in the novel: Vulcan. 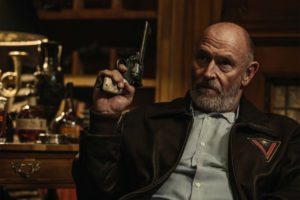 I can’t even describe how awesome it was to see a TV show veer away from the source material to the point of creating a new character, but to also do it so well that had I not read the book just a couple of years ago, I might have assumed that the passage(s) about Vulcan simply slipped my mind. A big part of the reasoning for this was how well his story fit in with Mr. World’s offer to Wednesday last week. Because Vulcan had already taken that offer; he found a way to thrive by [mostly] abandoning the old ways and was running a bullet factory. Unfortunately for him, Wednesday was none too happy about this, though of course it didn’t help that Vulcan also contacted Mr. World and his people to tell them Wednesday and Shadow were paying him a visit.

And so, outside of a brief glimpse at Laura, Salim, and Mad Sweeney, “A Murder of Gods” basically closed with death, too, when Wednesday killed Vulcan. Will this come back to haunt him, or did he make the right choice in killing off an old god whose loyalties were no longer in the “right place”? I’m definitely interested to see how the other gods will react when they find out what happened.

I will admit, however, that there is one part of this show that I’m not very fond of: the music. Not that I dislike *all* of it; my issues mainly lie with the all-over-the-place jazz that follows Wednesday around. Listen, I get it, jazz fits him because he’s very improvisational, but even as someone who enjoys jazz, I definitely find myself thinking, “Stop with the scatting, already!”

How did you feel about “A Murder of Gods”, the Laura-Salim-Mad Sweeney road trip, and Vulcan’s story? Let us know in the comments!