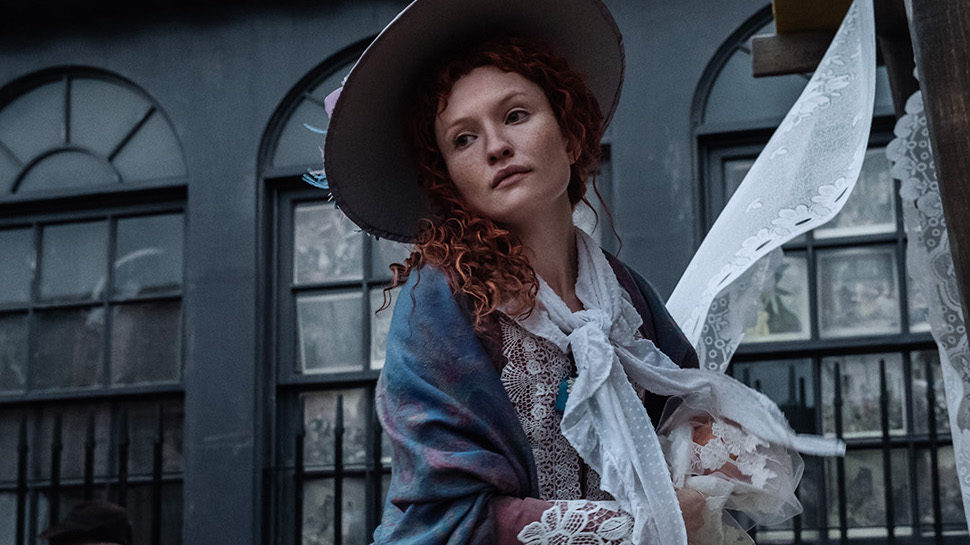 While I’m still very much enjoying the TV adaptation of American Gods, “A Prayer for Mad Sweeney” left me thinking that perhaps the show hasn’t truly found its storytelling legs.

Yes, the ‘coming to America’ stories have been told in many different ways – sometimes told to viewers by a current character, sometimes being shown to viewers, and shoot, they’ve even used animation along with live action. But “A Prayer for Mad Sweeney” was the first time they essentially completely integrated one of the histories with the current story, and to me that seems like an odd choice this late in the season.

To be honest, at first I really didn’t care for the fact that Emily Browning, who plays Laura Moon, was also Essie MacGowan, the person/character given the most credit for bringing Mad Sweeney to America. Obviously the reasoning for this decision was obvious by the end of “A Prayer for Mad Sweeney”, but considering Laura is already so much more present in the show than she was in the books, I can’t help but wish they had taken the chance to expand the number of female cast members. 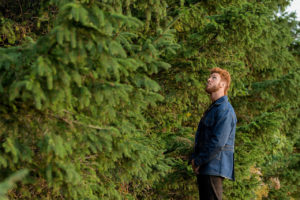 I was also sad to see the end of the Laura-Mad Sweeney-Salim buddy road trip that I so enjoyed in “A Murder of Gods”, though I suppose he wouldn’t have fit very well into the situation where Laura crashed their truck and lost Mad Sweeney’s coin for a minute. It was obviously important for Mad Sweeney to be completely alone in his decision to return the coin to Laura, a decision that he fought against but in the end made because, well, he felt bad for having helped kill Laura in the first place.

That revelation was, of course, what tied this entire episode together. It’s why Emily Browning playing Essie made any sense at all, and it was the saving grace for their decision to structure “A Prayer for Mad Sweeney” the way they did. And yes, I absolutely believe that the payoff was worth my original skepticism about the episode. I still can’t entirely get behind the fact that this story was told in the penultimate episode of season one, especially as it also meant that we didn’t get even a glimpse of Shadow and Mr. Wednesday, but hopefully next week’s season finale will give us more insight into this particular storytelling decision. 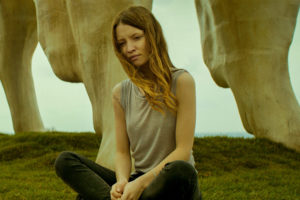 Now, there were a lot of interesting little tidbits in “A Prayer for Mad Sweeney” – for instance, we found out that Anubis knows about the deaths before they’re called in to the mortuary. We also know that it was Laura swerving to avoid hitting a rabbit that caused the accident, and considering the fact that a rabbit (presumably the same one, of course) appeared at least twice in the episode, I was left wondering who that rabbit was, exactly. My guess is Eostre/Easter…perhaps sent by Mr. Wednesday in yet another attempt to get rid of Laura for good and all.

While I wasn’t quite as fond of the sidetracking in this episode as compared to that in, say, “Git Gone”, I think that’s more because it happened so late in the season than anything else. It was probably a story that needed to be told, I just wish they’d done it sooner.

What did you think of “A Prayer for Mad Sweeney”? How did you feel about Emily Browning playing Essie as well as Laura? Let us know in the comments!