Marvel Studios announced their Phase Three film line up back in October, but we still have the rest of Phase Two, culminating with Marvel’s Ant-Man (set to be released July 17, 2015). With all the well-documented problems surrounding Ant-Man, no one has seemed too keen on this film, which has been kicking around longer than the MCU itself. A miniature-sized trailer was released recently, but the proper teaser trailer dropped a couple of days ago. 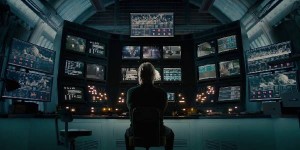 We see a very serious Hank Pym (Michael Douglas), who is reminiscent of what Tony Stark might be in his later years: a recluse inventor tinkering away, and a reluctant Scott Lang (Paul Rudd) with the role of hero thrust upon him. His only response is “huh”, and after seeing the trailer, I tend to agree. I personally wanted a Pym/Van Dyne storyline, and was not too excited about it being Scott Lang instead, but I have been wrong about the MCU before (though not often).

As this film is being released after Marvel’s Avengers: Age of Ultron, and I would have really liked to see the inclusion of Pym (as he’s the creator in the comic verse), I think that Ant-Man might mark a turn for the MCU leading up to Phase Three (which is introducing four new franchises) just as the first Avengers film.

The trailer itself has a few interesting elements, which might prove easter egg-like, but there are just two I want to point out. There is a prison shown, and as Lang is a thief, it’s not a stretch to see him there. We’ve seen a similar setting in “All Hail The King” where we see the brief return of both Trevor Slattery and Justin Hammer. They were both housed in Seagate Prison, where in the comic verse, Luke Cage (Lance Gross) was also incarcerated. With the recent announcement of casting Power Man, this is probably not a coincidence. Nothing in Marvel ever is. The other is Rudd’s only other quip in the teaser “Is it too late to change the name?” The amount of names both Pym and Lang went through: Ant-Man, Giant Man, Yellowjacket, Goliath, and so forth, is long. I can see with Rudd’s comedic talent we may get some of the same humour that existed in “Guardians of the Galaxy”. 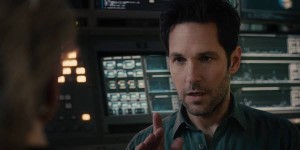 Ultimately, the trailer shows both a family/child oriented side that we really haven’t seen with Lang’s daughter, and the aforementioned aged mentor who might bridge the “Agent Carter” era and the modern MCU. In the end, only time will tell.

Previous:Top Anime of 2014; A Year in Review
Next: Dear Geekiary: Which Resident Evil Games should I play?