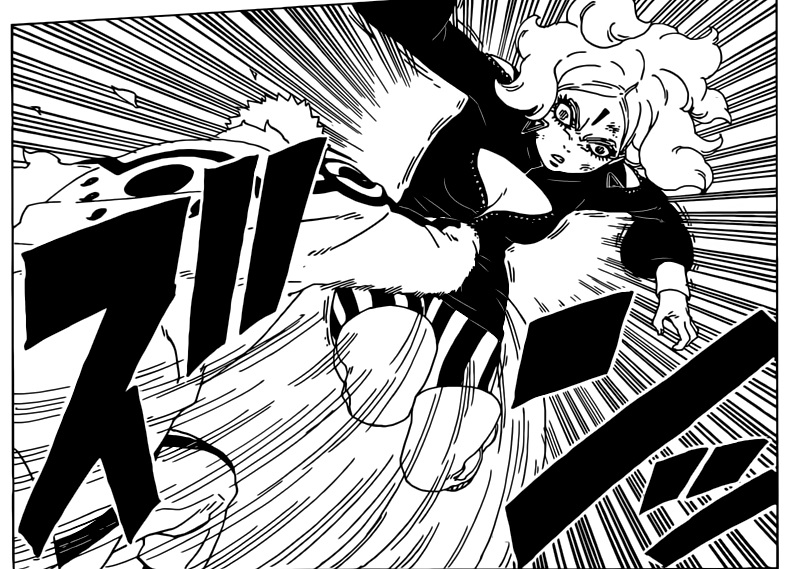 This month’s issue of Boruto: Naruto Next Generations finally concluded the battle between Naruto and Delta. ‘Breaking the Limit’ showed that Naruto would have been able to defeat Delta earlier if the manga team hadn’t decided to drag the entire thing out.

The moment Delta used Himawari to attack Naruto was when she confirmed her loss. You can’t attack Naruto’s kids and expect him not to end you right there. It wasn’t the best tactic, and ‘Breaking the Limit’ showed Delta paying the price.

They should be familiar with what Naruto is capable of.  That is why seeing Delta fight him with no definite plan made her come across as incompetent.

What kind of an ego does she have to think she could have handled Naruto on her own? Are the rest of the Kara members going to be like her? Do they all think that having their bodies being scientifically enhanced through technology is enough? Ha!

Naruto’s tactic to defeat Delta involved breaking her jutsu absorption limit. Delta isn’t Obito. This means that when she absorbs a jutsu she has to store it inside her body, unlike Obito who sent it to another dimension.

Due to the reserves being in her body, there is a limit to how much chakra Delta can absorb, and Naruto was easily able to break the limit due to the massive amount of chakra he has.

I’m not sure if Delta is dead or just unconscious. I wouldn’t be surprised if she is alive. However, personally, I wouldn’t mind if this is the last we see of her. Delta is one of the most basic-written opponents and brought nothing to the overall narrative.

Here’s to hoping other Kara members have more of a personality.

What did you think of Boruto: Naruto Next Generations Manga Issue 33? Did you enjoy ‘Breaking the Limit’? Let us know.

Previous:‘Vento Aureo’ Is A Good Time For JoJo Fans And Newcomers Alike
Next: Mamoru Miyano Revealed as Star of “Human Lost” in Most Apt Casting Ever