How Similar Are Catra and Jasper? 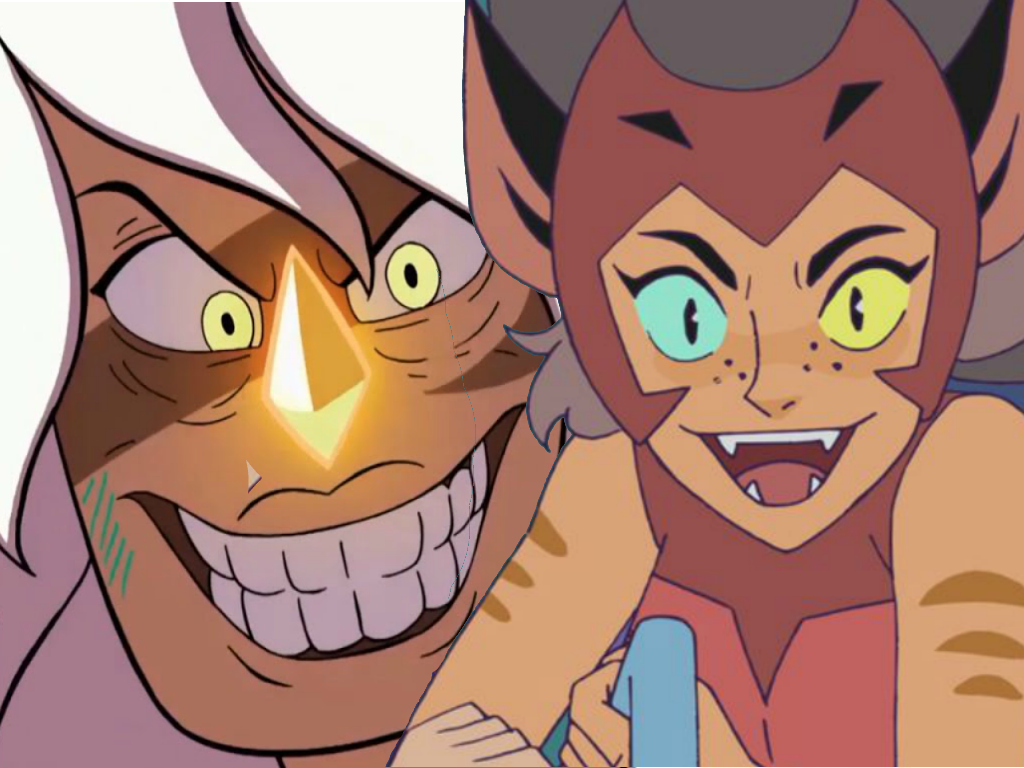 Glorious hair. Body stripes. Loyalty to an evil empire. At first glance, there’s a lot in common between Catra of She-Ra and the Princesses of Power and Jasper from Steven Universe – but does it go beyond the surface?

This question of Catra vs. Jasper intrigued me as soon as I got it. They’re both soldiers raised from birth in an abusive system that punished any sign of weakness. Because of this, they’re determined to be the best, no matter what, and do not give mercy to people who they perceive as incompetent or working outside of their value systems. 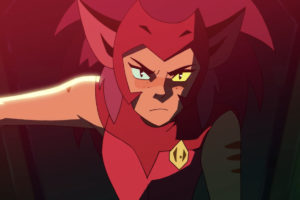 But… that’s where the similarities start to break down a bit.

One can posit that both characters have abusive, shadowy ‘moms’ in their life. But I don’t think that’s true. Catra did, 100%. Shadow Weaver evidently has a huge hold on Catra, due to mentally and physically abusing her for basically her entire life. With them, it was personal.

But Jasper? I doubt Jasper had a relationship with Pink Diamond in any way. They may have met once or twice – Pink might have complimented her – but that’s it. They were a monarch and her soldier. Pink Diamond meant everything to Jasper, but Pink Diamond barely knew Jasper existed.

The abuse that Jasper received was from the system. Holly Blue Agate shows us that corporal punishment is used on Quartzes; no doubt Jasper was whipped or similar from her commanding officers. She was created, and immediately thrown into a war where she had to fight for her life. She would have seen her fellow soldiers (her friends?) killed. Once more, she would have been told that anyone who could be shattered in battle deserved it.

That’s the next place they really differ:

Catra had Adora. Catra had a friend. 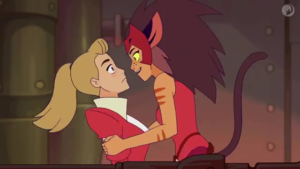 Even now that she’s been ‘betrayed’ by Adora, Catra still relies on other people. I wouldn’t say she goes as far as to trust them, but she knows her own weaknesses, and is perfectly fine surrounding herself with others to improve her odds. I will certainly be very curious to see where her relationships with Scorpia and Entraptra go in future.

But Jasper? Jasper doesn’t have anyone. Maybe she did once – we see how close the Famethyst are – but she was certainly forced or encouraged to leave them behind millennia ago. Jasper is determined to survive on her own physical strength alone.

Which is the next place they differ: how they relate to their values system/Empire. 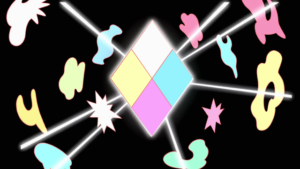 Jasper believes in Homeworld. Wholly and utterly. She was told that everyone has a job, everyone has a purpose. Everyone is a tool, and Jasper is one of the most quality tools every designed. She is happy and proud of what she does.

Catra, though? She knows the Horde is evil, or at least amoral. She’s been on the receiving end of their cruelty since she was a child. She was taught that the world sucks and will chew you out, so you make sure to look after you and your own.

Then suddenly Adora goes, ‘OMG, Catra, you won’t believe it- the Horde is evil!’ And Catra just goes ‘… yeah, duh.’ From her perspective, Adora had been completely blind to her suffering, and chose to protect other people over her. That’s why she’s hurting so much.

Catra was taught from day one that strength was the greatest thing to value. She was also taught that she was weak. She sees herself as a survivor, succeeding against the odds. If she fails, she just keeps fighting… because she refuses to give up.

Jasper realizes she’s weak, and in her world view, that’s the worst thing anyone can be. Someone who can be defeated deserves destruction.

So she accepts her fate. 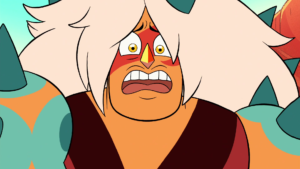 TOPICS Cartoon Networknetflixshe ra and the princesses of powerShe-RaSteven Universe