Dear Geekiary: Should I Stop Reading Marvel Comic Books Because of Secret Wars? 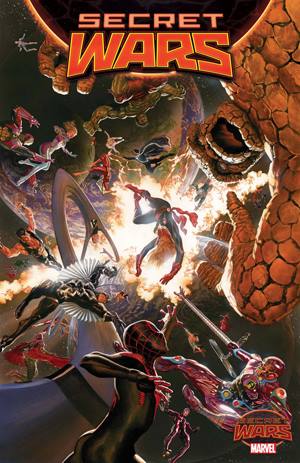 “Did Marvel just end the whole Universe in Secret Wars? Are they going to do a New 52 reboot like DC? Should I just stop caring about comics altogether and not read the issues that came out this month for Ms. Marvel, Storm and more because it doesn’t matter anymore?”

I meant to answer your questions earlier but wanted to get my facts right before getting into this. The Secret Wars arc has just begun and I wasn’t sure what Marvel had in mind with the way they seemingly ended the comic book universe we stuck with for decades.

However, with the Secret Wars main series and various tie-ins being released weekly, I got a better idea about what Marvel plans to do with regards to our beloved comic book universe. Yes, the Marvel universe we know is no longer there, and almost every character looks and feels different in the new series. The new comic book universe has been given the name Battleworld, which is divided into various territories that have alternate versions of the same characters.

The good news is that a couple of characters that we know from Earth-616 reached Battleworld. Not only that, other versions of some characters have also started to doubt the creation of the Battleworld, which means they might start remembering their past lives soon.

I wouldn’t say that it’s a complete reboot like the one DC did with the New 52. The Secret Wars story feels like Marvel’s way of getting rid of some alternate versions of characters and other worlds they have created over the years. I have high hopes that the Marvel comic book universe we fell in love with, namely Earth-616, will come back once the story wraps up. As for you not reading Ms. Marvel and Storm because the Marvel world has ended? I would advise against such an action. The final issue of Storm was a treat for all Ororo fans and showed the character in all her wonderful weather Goddess glory. I fell in love with the final issue and hope the series returns after Secret Wars. Ororo also has a huge part in ongoing Secret Wars tie-ins like X-Men’92, A-Force, and my personal favorite Thors (it’s so bad that it’s actually quite good!). I have a feeling that the Storm from Earth-616 ended up being part of Thors, and I’m eagerly anticipating the second issue.

The final arc of Ms. Marvel is also tied into the pre-Secret Wars story and you should definitely check it out. She even got to meet her idol and the whole thing was just awesome to see and read.

The Marvel Universe will indeed return after Secret Wars, and it’s safe to say it’ll bring a lot of changes with it. But I for one plan to stick around and see what Marvel does with my favorite characters once a new world is created.

Previous:Penny Dreadful 2×8 Review: Memento Mori
Next: What can we do to #SaveHannibal ?