The Death of Superman Gets Official Trailer Along With Digital, Blu-ray, and DVD Release Dates 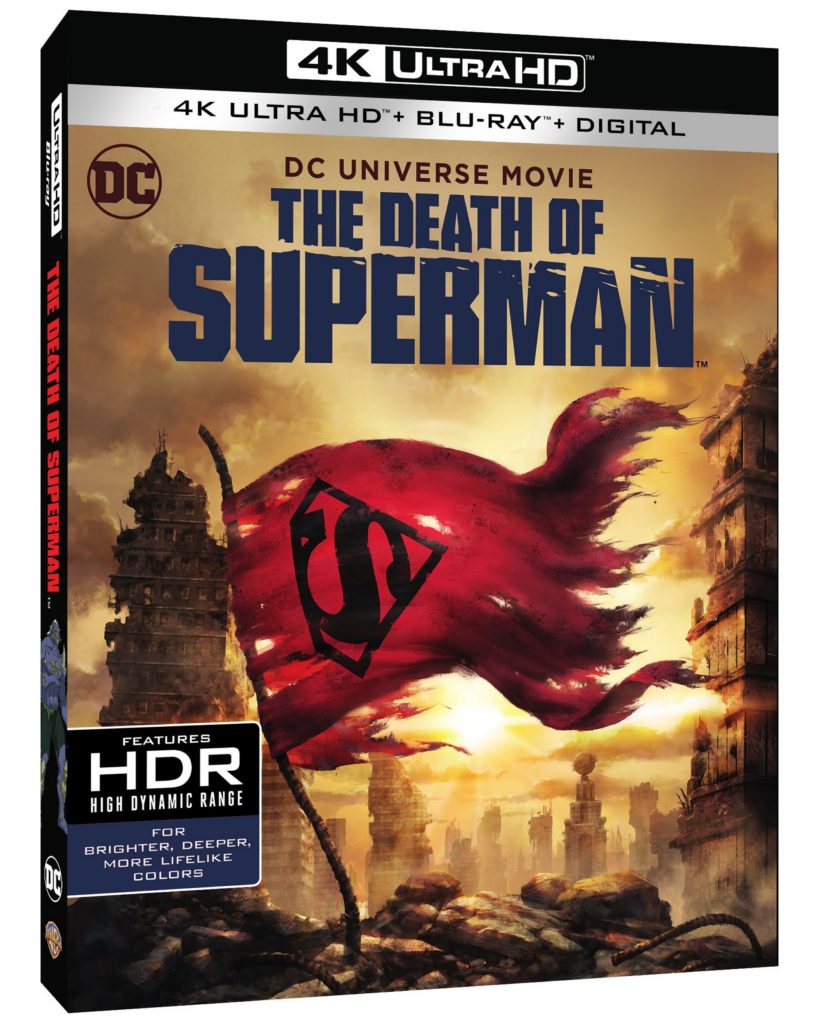 While I am not the biggest Superman fan out there, I can’t wait to watch the upcoming animated film The Death of Superman. The trailer looks amazing! It will be released on Digital starting July 24, 2018, and on Ultra HD Blu-ray Combo Pack, Blu-ray Combo Pack, and DVD on August 7, 2018.

Produced by Warner Bros. Animated and DC Entertainment, The Death of Superman focuses on the battle between Doomsday and the Man of Steel. Warner Bros. Home Entertainment will be releasing the animated movie on Digital ($19.99 HD, $14.99 SD) on July 24, 2018.

Check out the epic trailer!

As “the inaugural film in the DC Universe Movies series,” Superman Doomsday told an abridged version of “The Death Of Superman,” DC Comics’ landmark 1992-93 comic phenomenon. However, with a runtime of 75 minutes, the film focused on a core, singular storyline.

Fans will be glad to know that the new, animated The Death of Superman, the first of a two-part film experience which will conclude with Reign of the Supermen in early 2019, restores many of the moments and characters that they “hold dear to their hearts.”

Here are The Death of Superman Enhanced Content details:

The all-star cast is led by Jerry O’Connell, Rebecca Romijn, and Rainn Wilson as the voices of Superman, Lois Lane, and Lex Luthor, respectively. They are joined by the DC Universe Movies’ returning voices of the Justice League with Jason O’Mara as Batman, Rosario Dawson as Wonder Woman, Shemar Moore as Cyborg, Nathan Fillion as Green Lantern/Hal Jordan, and Christopher Gorham as The Flash.

Are you excited for the release of The Death of Superman? Let us know.