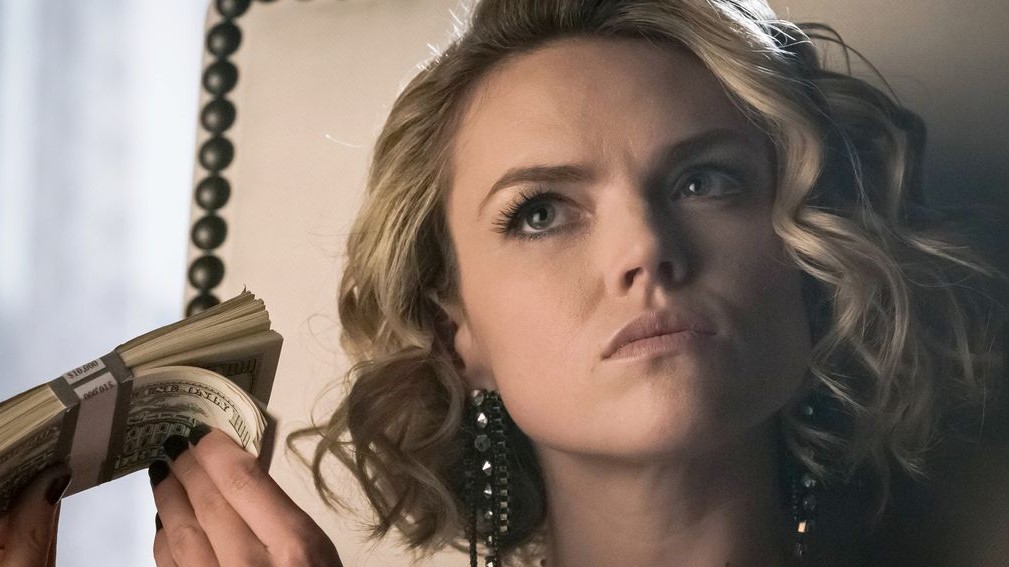 This week’s episode of Gotham, titled “These Delicate and Dark Obsessions”, served as the directorial debut of Ben McKenzie. And while he gave us all the Jim Gordon storyline I didn’t care about, we did get stellar acting from the rest of the cast.

I say this in almost every review, but I still don’t care about Jim Gordon. The writers want to make him into some sort of antihero, but it just doesn’t work for the character. They take him to the brink of darkness only to pull him back. Gotham works because of its villains, so the writers should make James turn evil or just keep him a good guy instead of making him feel conflicted about his morals when you know it won’t amount to much.

I liked Lee not understanding how Jim could move on after leaving destruction in his wake. That’s something that the writers should explore. A crazy Jim would do this show good. But instead, we get a storyline with the Court of Owls that feels stupid.

Turns out that they ordered the hit on Jim’s father. However, the person who was hired for the drunk-driving incident was someone who couldn’t drink due to a medical condition. Why would the Court of Owls hire such a person? Couldn’t they have found someone else? Did the court want to get caught by Jim after a decade or so? It didn’t make sense.

Also, how many times are villains going to say that Jim Gordon must die? Is that the only way to raise the show’s stakes? No one cares anymore because we all know he isn’t going to get killed.

The highlights of “These Delicate and Dark Obsessions” were Barbara, Penguin, and Bud Ivy. All of their scenes were amazing. Barbara is surely having fun ruling Gotham’s underworld. She introduced herself as Barbara Queen, a play on her name Kean. Could it also be a hint towards her becoming a proto-Harley Quinn in the near future?

Robin Lord Taylor’s Penguin pairs up great with any character. His scenes with Bud Ivy were fun. Even though he didn’t trust her at first, he had to realize that her kind of ‘freaks’ was the only help he’ll ever get considering he’s considered as one, too.

Baby Bruce went through preliminary training in “These Delicate and Dark Obsessions” with some shaman in the Himalayas. The shaman seems more interested in Baby Bruce rather than why the court sent the boy to him in the first place. Apparently, Baby Bruce needs to mentally move out of the alley his parents died in to begin his training as a symbol of fear in Gotham.

Did you watch Gotham this week? What did you think of “These Delicate and Dark Obsessions”? Let us know.