Elite on Netflix: Watch It for the Queer Storyline and Your Usual High School Angst 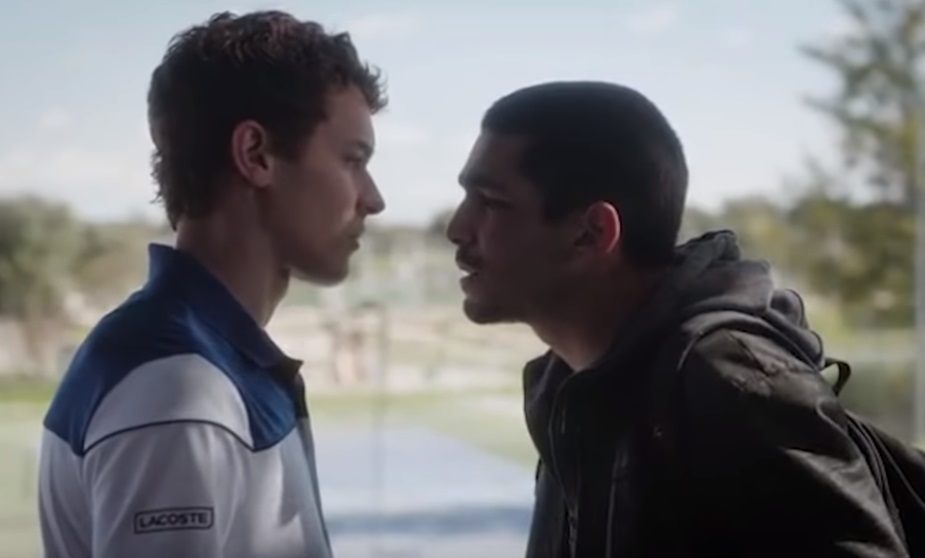 If you are looking for a queer storyline with a happy ending (at least for now), I recommend checking out the Spanish TV series Elite, available on Netflix. Along with featuring two queer male characters, one being a POC Muslim, the series also has your usual dose of high school drama and murder!

Minor spoilers about Elite queer storyline follow. You have been warned.

While queer representation has been increasing in media, not all representation is well-written. Many TV shows and movies can’t seem to get away from the ‘sad queers’ and ‘bury your gays‘ tropes. However, after watching Elite season one, I am happy to report the queer storyline featuring Omar and Ander is well-written.

Omar (Omar Ayuso) is a POC Muslim who has a very strict father. Still in the closet, as far as his parents are concerned, Omar has been selling drugs to make enough money to one day leave them. He ends up selling drugs to Ander (Arón Piper). There is an instant connection between the two and the writers do an amazing job of making every interaction they have count. Furthermore, the young actors playing the queer characters also do an impressive job of making the relationship come across as real.

While Omar has family issues because of being gay, Ander has family troubles due to his father forcing him to play tennis. Now, of course, what Ander (a privileged kid) is going through is different from what Omar has to deal with. But the two find common ground because they are stuck living lives they don’t want.

Another amazing thing to witness in Elite season one was Omar’s relationship with his sister Nadia (Mina El Hammani). Those two are sibling goals!

By the end of the eight-episode first season, which debuted on Netflix on October 5, 2018, Omar and Ander are still together even though they can only enjoy mere 10 minutes of each other’s company due to Omar’s father watching his son like a hawk.

Of course, things in their relationship can change (Omar’s father might catch his son with Ander?) if Elite comes back for a second season. However, for now, if you want to watch a sweet and well-written love queer story, you should consider watching this series. You can even just fast-forward to the Omar and Ander scenes. Ha!

Have you watched the Elite series on Netflix? What do you think of Omar and Ander? Let us know.