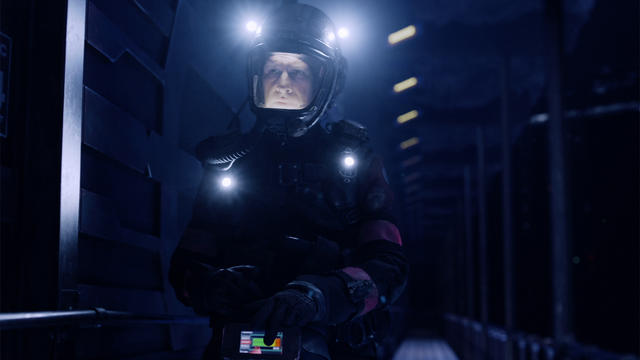 “Godspeed” is an episode that firmly cemented the fact that Miller is easily one of my top ten favorite characters of all time.

I’m primarily a character person.  I can enjoy something with a terrible plot if the characters are compelling enough.  Thankfully, The Expanse excels at both.  The fourth episode of the season, “Godspeed”, spent a great deal of time on my favorite of the entire show, Miller.  Yes, the guy shot an extremely important person who probably knew more about the Protomolecule than anyone, but I’m still entirely on Team Miller.  He has shown extreme empathy for many characters, most recently a young newly-turned OPA member named Diogo, whom he first encountered stealing water on Ceres back in season one.  In fact, his ability to empathize with people may very well be the reason he shot Dresden in the first place.  Miller’s empathy toward Julie Mao has driven him to some pretty extreme emotional actions.

This week his connection with Diogo nearly gets him killed when he is forced to stay behind on Eros as the Nauvoo goes hurdling towards it.  I’m glad that he’s ultimately still alive, though, even if it means their mission was a failure.  When my favorite character gets killed off, I’m prone to taking long breaks or leaving a show all together.  With The Expanse, though, I feel like I’d be back in a couple of weeks anyway because the plot is just that good. 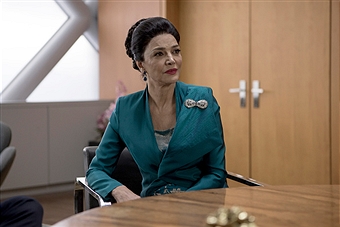 Even though Miller is by far my favorite, the other characters are also incredibly compelling.  This brings me to my second favorite character, Chrisjen. At first I wasn’t really sure where I stood with her.  Earth has been set up as an antagonistic place filled with privilege and superiority.  Chrisjen doesn’t escape that, but her determination to discover the truth has become more apparent in the second season.  It’s made her a character I deeply admire, despite her flaws (I mean, she did torture a guy, let’s not forget that).  Her part in “Godspeed” further drove home the point about her resolve and her willingness to put herself into an extremely dangerous situation for the cause.  The actress portrays this trait so powerfully I can’t help but adore her.

The other characters didn’t have as large of a part to play this week, but that didn’t stop them from still being amazing.  The best line of the episode goes to Naomi when she says “the Mormons will be pissed” after their plan with the Nauvoo is explained.  While the crew of the Rocinante have had amazing development in their own right, they felt like primarily plot driving forces this week.  They had a job to get done and were devoted entirely to that.  Naomi’s tear when it seems like Miller is about to die was pretty powerful, though.  Despite how badly Miller may have screwed up with Dresden, the Roci crew still cared about him on some level.  Perhaps, like me, they can see how deep his emotions run and can’t help but like the guy.

The biggest revelation of the episode, though, is that Eros seems to have developed a mind of its own.  It somehow dodged the Nauvoo, meaning that the deadly protomolecule still has a chance of spreading and wiping out the whole of humanity.  That sucks, dude.  I mean, I’m happy that Miller is alive, but it’d have been a noble death at least.  Then again, if they destroyed the protomolecule the plot would be over and we still have a bunch of episodes left of the season (and several more books, but that’s assuming they stick close to the series to begin with).  So hey, the deadly space parasite is still chugging along out there and we aren’t anywhere near out of the woods yet.  And yeah, those Mormons?  They will definitely be pissed that their temple just got shot into the sun for no god damn reason.  Totally sucks.

One thought on “The Expanse 2×04 Review: Godspeed”