“The Legend of Korra: Turf Wars” Preview Shows Korra and Asami on a Date! 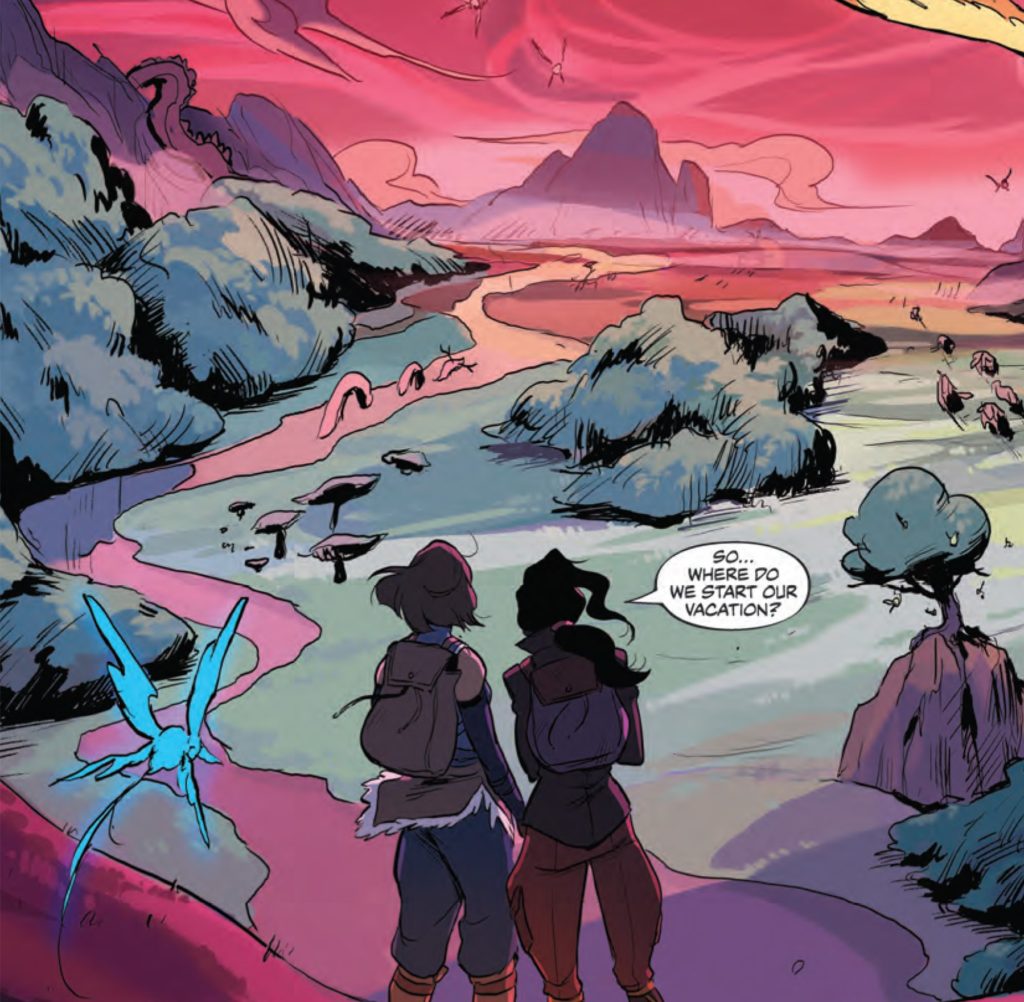 The Legend of Korra continues with Turf Wars, which picks up where the fourth season of the animated show ended.

The preview of Turf Wars shows Korra and Asami on their date in the Spirit World. While Nickelodeon’s The Last Airbender series used a mature storytelling approach, The Legend of Korra took things a bit further. Not only did it star an older Avatar, it also handled the sexual orientations of two main characters. In the finale, Korra and Asami declared their romantic feelings for each other.

The revelation took the internet by storm. The show’s creators also confirmed Korra’s queerness. With the announcement of Korra’s story continuing as a comic book, fans looked forward to seeing her development. Comic books aren’t censored in the same manner as TV shows, and it’s good to see that Turf Wars seems to be on the right track of giving fans a queer female lead.

Turf Wars was written by the series’ co-creator Michael Dante DiMartino. Irene Koh illustrated it. The plot deals with chaos given rise due to a new spirit portal.

“Korra has to figure out how to find a new balance in the city with all this stuff that’s gone on,” DiMartino recently told EW. “It’s gonna take place right after the finale, so it’s focusing on Korra and Asami’s relationship as a new threat emerges. It’s kind of like the aftermath dealing with the new portal in the city, and all the evacuees coming back to find their homes wiped out because of the portal.”

Published by Dark Horse Comics, the first installment of Turf Wars will be available sometime in June 2017. I wonder how other characters will react to Korra and Asami being a couple.

The Legend of Korra animated series ran for four seasons. Be sure to check out my reviews.

Are you excited about Korra’s story continuing? What do you think of her and Asami’s relationship? Let us know.