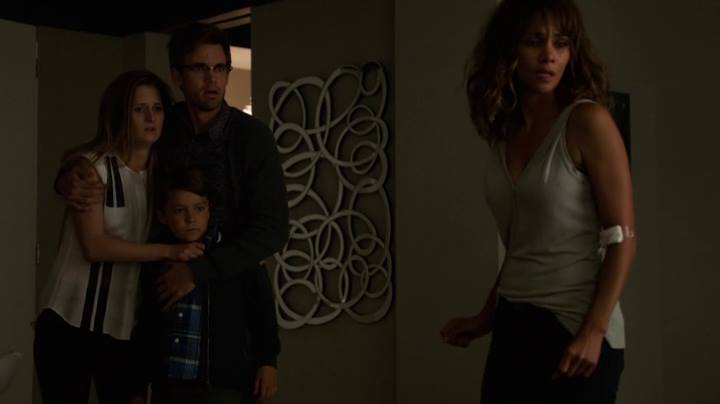 Extant aired the season two finale this week, and it brought a lot of plot lines to a close while simultaneously setting up things for a possible third season. The ending was probably the best cliffhanger I have ever seen, and believe me when I say I have watched a lot of television shows that don’t even come close.

The thing I enjoyed most about the finale were the main characters working together to bring down TAALR, the A.I. out to destroy every living thing. I like it when writers remember using characters, especially near the end of the story. A lot times TV shows forget to focus on the secondary characters and the responsibility of saving the world is put solely on the shoulders of the hero. For me, a hero is as strong as his or her companions, and Molly Woods (Halle Berry) has a very efficient team with her. She herself is a hybrid, an astronaut, and has a dual Ph.D. JD is ex-military and a freelance cop. Julie and Charlie are computer geniuses, and Ethan (Pierce Gagnon) is a Humanich who, along with being very smart, can more or less override anything electronic.

Everyone played a role in saving the world, even though Molly and JD’s first plan didn’t work out very well. I liked how their first plan failed; TAALR knowing exactly what they were up to was a bit scary. What I wasn’t expecting was TAALR’s order to kill both hybrids and humans by releasing a lethal virus around the world. Seriously, what is up with A.I.s and killing human beings? I get that humans are responsible for the current state of the Earth, but I don’t think it warrants global human extinction. Someone needs to put that logic tree in all future A.I.s. 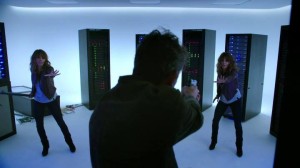 Molly’s vision about shooting JD also came true this week, but it had a twist to it. Turns out it was Molly-X, a Humanich version of Molly, who shot him. The vision coming true led Molly to save JD’s life by giving him her own hybrid blood. I was half expecting JD to evolve, too, but I was glad he didn’t. I like him the way he is.

Speaking of JD, did anyone else feel the strong emotions between him and his ex-wife? Even Molly told her to be true about her feelings for JD. I really don’t know how things are going to work out between those three. It’s clear that JD’s ex-wife still loves him, and he might love her, too. What I’m confused about are Molly’s feelings towards JD. Does she love him as much as she did John?

Coming towards the end of the finale, I wish the fight between Molly and Molly-X was longer. I wanted to see Molly continue hitting her Humanich clone over and over again with a metal rod. I want to see Molly really get her hands dirty now that she’s got some new hybrid powers. Give her some good hand-to-hand fight sequences!

Another thing I enjoyed about the Extant finale was Molly not requiring a male character to save her. Sure, JD came in to shoot Molly-X, but it was Molly herself who defeated her. Having the hero save the heroine, especially during the main fight, takes a lot away from her character and I was glad Extant didn’t go down that route.

In the end, Molly was able to stop the Humanichs from spreading the lethal virus around the world. She also told the truth about the events that transpired during the first season and everybody got to know about the new species, aka Molly’s very good-looking hybrid grandchildren.

Before I bring things to a close, I have to talk about the last scene of the finale. It was perfect in so many ways. The fact that TAALR got himself (Herself? Itself? I don’t think the A.I. relates to one gender but I could be wrong) a Humanich body – while exciting – wasn’t as awesome as the hint as to whose look-alike body it might be. I wouldn’t be surprised if a familiar actor from the first season comes back but in a different role as the series continues. It will be exciting to see how Molly copes with a blast from her past.

The ratings for the finale were on par with how Extant has been performing this season. So, fingers crossed Molly Woods and co. come back next year.

What did you think of the Extant season two finale? How did you feel about Lucy making her final decision? Were you happy that Charlie and Ethan were able to find Julie? Do you want a season three? Let us know!