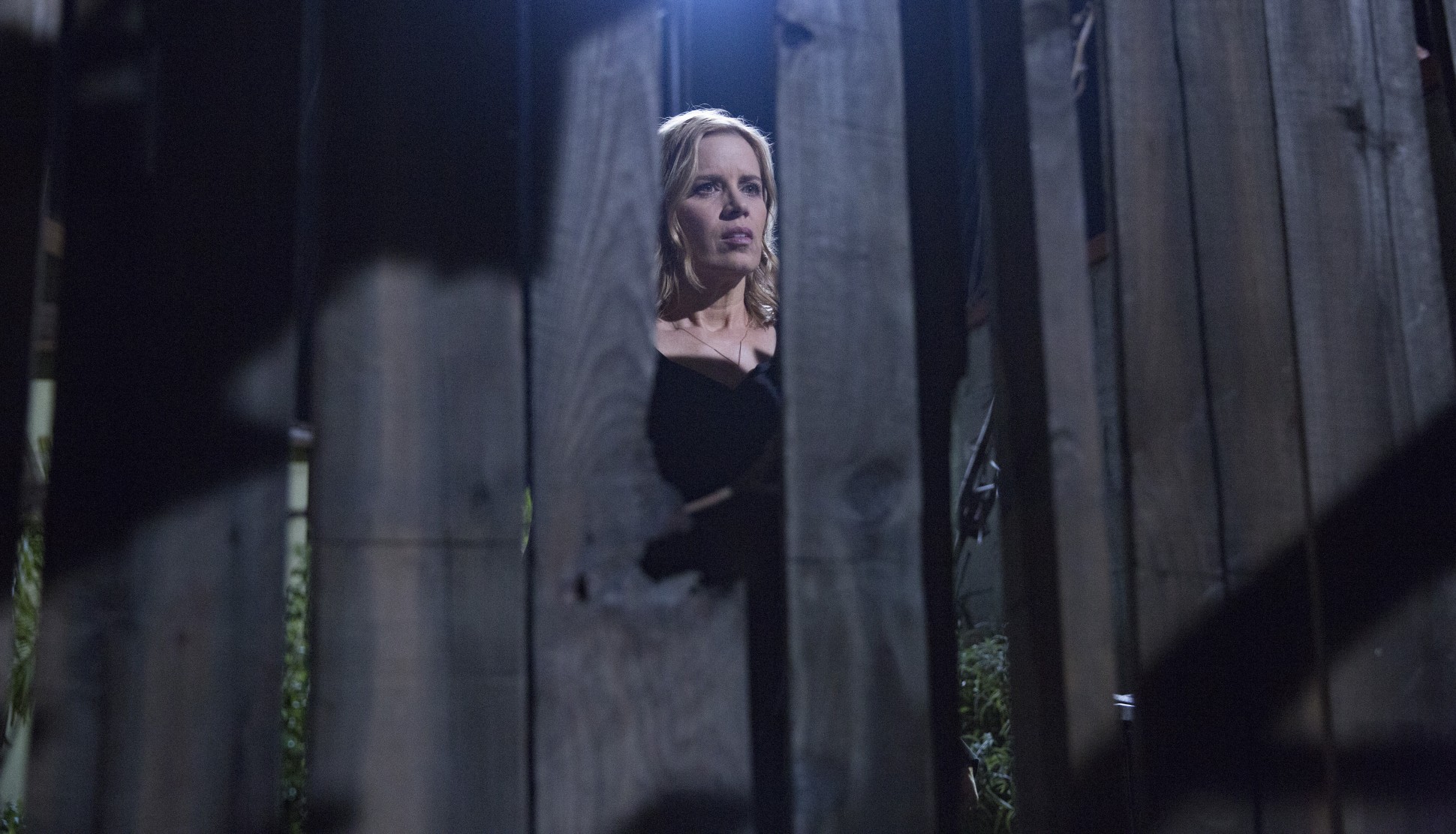 I’m not sure how I feel about the title of this episode of Fear the Walking Dead.

Yeah, there’s a dog, but I’m going to warn you: the dog dies. I’m sure the title is supposed to be symbolic in some way, but to be completely honest I didn’t bother looking for that symbolism because I just don’t care.

That’s the problem with this show, really – three episodes in and I still don’t really enjoy it. The story, or the characters. At one point I looked at the time while watching this episode. It was 9:34, and it’s not a good sign that my first thought was “Ugh, 25 more minutes until this is over?”

To begin, why in the world did Travis and his family spend all that time hiding away in the Salazars’ barbershop? It literally only served to introduce the new characters, and I don’t feel that it did a very good job of really portraying them or building their relationship with Travis, Liza, and Chris. They could have met the Salazars while fleeing the riots, perhaps when Griselda got hurt, and avoided all that boring nothingness. To me this reeks of the fact that they are dragging things out so that they can force a second season…I suppose I just needed to remind myself of Walking Dead season two and the farm, and how long it took them to write those characters out of the prison, to boot. 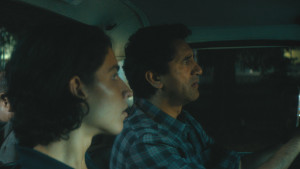 Here and there, though, this show has some great moments. The image of the LA lights going out grid by grid was pretty haunting, though later it seemed like they couldn’t decide what to do with the electricity in Madison’s neighborhood. Is it on? Is it off? I’m honestly still not sure. Just like I’m not sure why the neighbor’s creepy garden maze thing needed to exist, or why Madison and her kids had to use it to get in and out of that house when they went to steal the shotgun.

Okay, I’ll correct myself here. I know why the garden maze thing was part of the episode, I just don’t think it was necessary. Between the dog and the zombie wandering into Madison’s house and the power flickering and them needing to use flashlights, the whole garden thing was just unnecessary. Without it, the scene still would have worked, and in fact it probably would have worked better because it wouldn’t have felt like the creepiness was being shoved down our throats.

That said, later when the garden and its fence were used to separate Madison and the others from their zombified neighbor Susan, it was much better utilized. At least, I chuckled when Travis looked up from burying the zombie Daniel killed the night before and said, “‘Morning, Susan” – and later, when Travis and Madison fought with each other (and in Madison’s case, with herself) over ‘killing’ zombie Susan while she reached for them through that fence, I thought the scene was one of the few interesting, powerful, and well-acted in the series so far. 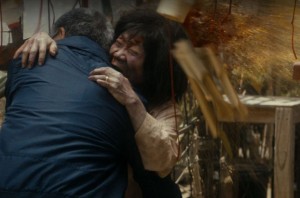 Of course this is no Walking Dead and our characters have yet to learn their lesson about the zombies…but that doesn’t mean that it was any less maddening when Travis convinced Madison not to ‘kill’ Susan…especially as it (not surprisingly) almost led to the death of Susan’s husband Patrick. That whole situation felt beyond contrived, especially with the oh-so-timely arrival of “the cavalry”, which I suppose means that no one is going to the desert after all and that all of that talk and preparation was about as pointless as the time spent hiding in the barbershop.

I wish that I wasn’t already so jaded about this show, because as much as I sigh over some of the silly things that happen on The Walking Dead, I do love it and wish that Fear the Walking Dead could at least somewhat live up to the hype. As it is, I’m going to keep watching…and hoping that this show pays off by the end of its [thankfully, short] first season.

Previous:Junjou Romantica 3×9 Review: A Battle of Irreconcilable Enemies
Next: The Guy with the Iron Throne: A Dragon Con 2015 Report