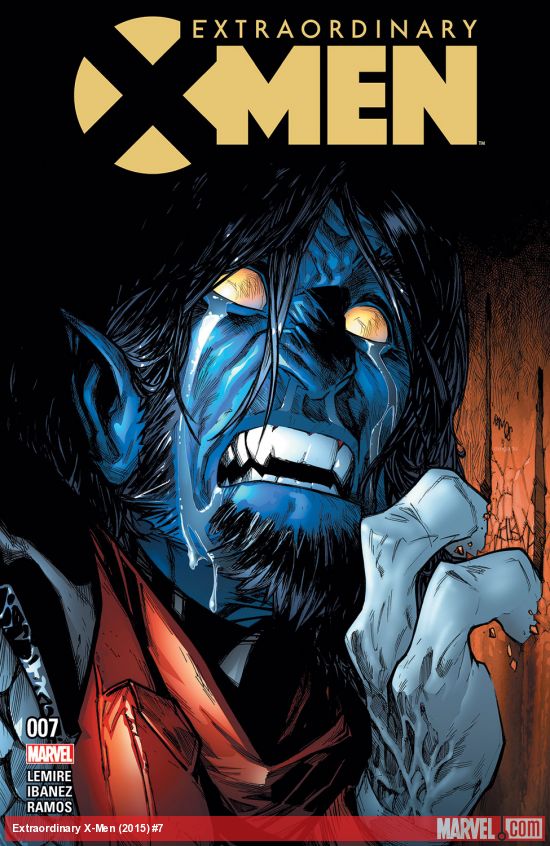 Extraordinary X-Men #7 brings the current mini arc to a satisfying conclusion before the X-Men face the Apocalypse Wars.

While Wolverine, Magik, Colossus, Cerebra, and Iceman are busy saving mutants in Weirdworld, Storm and Jean enter Nightcrawler’s mind to see what is bothering him in Extraordinary X-Men. Their psychic mission takes them to the beginning when Nightcrawler was being hunted down by people in Germany before meeting Prof. Xavier. There was also a panel that showed Storm trying to use her powers to get rid of an angry mob; however, her summoned wind didn’t work and Jean had to step in.

I have been following some discussions regarding Storm using her powers inside Kurt’s mind.  Some fans think that Jeff Lemire purposely wrote a novice Storm to make Jean look cool because Ororo should know her powers won’t work inside someone else’s mind, considering her experience with numerous telepaths. Some fans also made fun of Ororo’s mental health considering the fact she’s the only one sees a deceased Prof. Xavier.

As far as I’m concerned, I don’t think Storm used her powers inside Kurt’s mind because she didn’t know they won’t work. Storm has gone against numerous powerful telepathic beings. And for those of you who might not know, her powers have been shown to work inside a psychic setting. She also fought Cassandra Nova inside her mind, and her powers worked. Storm’s powers also worked to a limited degree inside Kurt’s mind in this issue as well. She was able to fly and help Jean keep afloat when the ground gave way. The fact that her summoned wind didn’t work as expected has to do with some other reason rather than Storm’s powers not working inside someone’s mind – because they do. I think Kurt’s highly troubled mind was having an effect on Ororo’s powers. 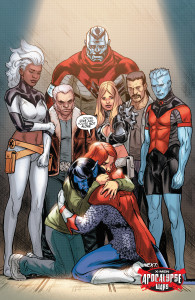 In the end, Storm and Jean were able to find out what affected Kurt so gravely. Just a few weeks ago he had experienced a mass murder of mutants in Germany. The panel was horrific to look at, and showed how serious the anti-mutant riots are in the Marvel Universe. After exiting Kurt’s mind, Jean helped him understand that the X-Men are back and they will save the mutant race.

Over in Weirdworld, the X-Men got attacked by ghosts, and Magik ended up saving everyone. There were some hints about an upcoming arc regarding her rule over Limbo. I think the strange portals she and Sapna saw in Limbo will involve various worlds clashing together with the winner ruling over everything. This will also put the mutants in X-Haven in jeopardy.

We still don’t know what Cyclops did, except for the fact that it was something so dreadful that it caused the horrific anti-mutant riots all over the globe. With Sunfire in X-Haven, we might just start getting some answers because he sided with Cyclops.

Victor Ibanez returned as the artist for this issue and I couldn’t be happier. I’m a huge fan of his art, and while his Storm is one of the best, I’m also enjoying the array of emotions he’s able to show in his Magik. His art really takes this series to a whole new level.

What did you think of Extraordinary X-Men #7? What do you think of Storm using her powers inside Kurt’s mind? Let us know!