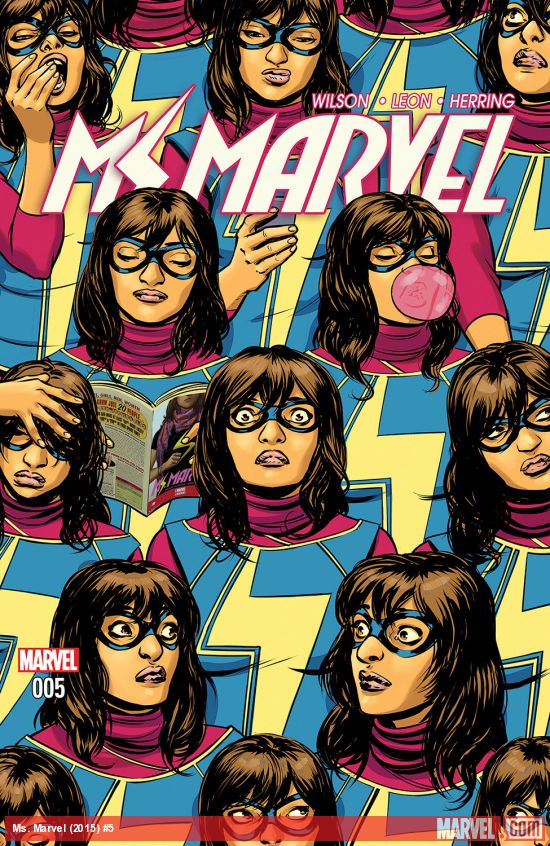 It’s not easy being a superhero and trying to maintain a normal life. Ms. Marvel’s current arc deals with the hardships Kamala has to face in ‘Army of One’ and pairs it up with impressive humor.

G. Willow Wilson has a good grip on Kamala Khan. She knows how to make Ms. Marvel grow better with every issue. In just a couple of years, Kamala Khan has become one of the most recognizable Marvel heroes. The credit of course goes to Wilson’s storytelling, and the amazing art showcased in the series. For me, ‘Army of One’ is one of the best Ms. Marvel arcs.

Kamala’s plan to make clones of herself goes wrong and leads to Jersey City experiencing a clone-infestation. The rogue clones make for some very hilarious panels. Nico Leon serves as the artist, and his style is similar to Miyazawa’s. The art itself makes this series a must-read. Almost every panel has some humor hidden in it. One of my favorites was a panel that showed Kamala being chased by a group of ninjas and one of the ninjas slipped on a banana peel. 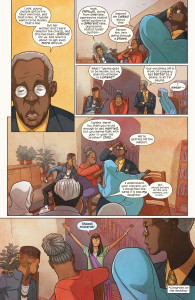 There’s always some sort of character development in every issue of the series, and that’s why none of the issues come across as filler. Trying to keep up with being an Avenger has put a lot of strain on Kamala’s friendship with Nakia and Zoe. This was again highlighted in this month’s issue. I really want Kamala to sit down, let go of superhero duties for a few hours, and spend some time with her friends who clearly miss having her around.

Tyesha and Aamir’s families also met each other in this issue. The whole family meeting was handled quite well in my opinion. Tyesha’s parents, the Hillmans, and Kamala’s family understood their children’s decision to marry as well as their own differences because of belonging to different religions. I can’t wait to see Tyesha becoming a part of the Khan family and how having her in the house will affect Kamala.

In the end, Bruno and Mike came up with an idea to take down all of the Kamala clones. However, nothing has ever been easy for the young Ms. Marvel, and that’s why on the very last page we got to see a new threat she will have to face before the end of this arc. What I don’t understand is why none of the Avengers have shown up yet to lend a helping hand. But then again, Ms. Marvel is a solo series, and it is more fun watching Kamala deal with threats on her own. However, a panel showing Kamala assuring Iron Man that she can handle the current situation would’ve helped show that the Avengers do care about their young teammate.

What did you think of Ms. Marvel #5? Are you enjoying the ‘Army of One’ arc? Let us know!