‘Fantastic Beasts 2: The Crimes Of Grindelwald’ Tops The Weekend Box Office But Not Impressively! 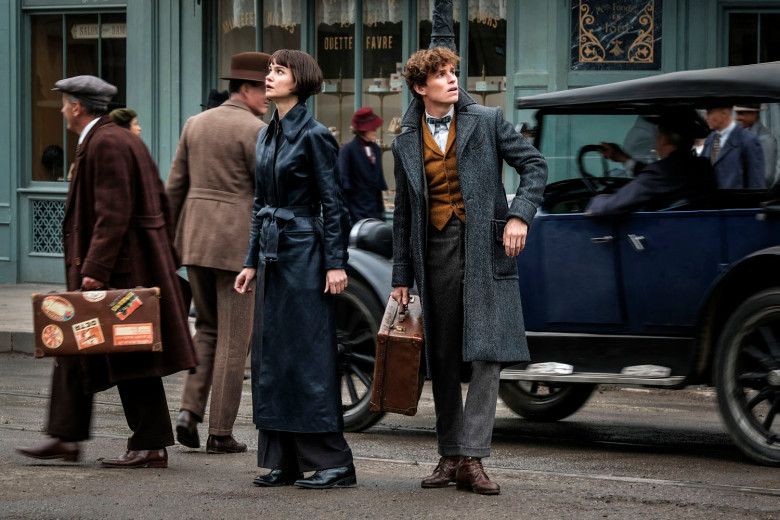 The Crimes of Grindelwald, the sequel to the first Fantastic Beasts film, was able to top the weekend box office. However, the debut and the general response by critics and the audience was not stellar. Will J.K. Rowling double down on her creative control for three more films in the series or will Warner Bros. feel the need to step in for some executive oversight? We will have to wait and see.

Fantastic Beasts: The Crimes of Grindelwald fell below the studio’s $65 million expectations to debut atop the weekend box office with an estimated $62 million from 4,163 theaters in the U.S. The current debut is almost $13 million lower than the first Fantastic Beasts movie. It is also the lowest debut in the entire franchise (including the Harry Potter films).

The critical and audience reaction haven’t been great either. The film has a 40% score on Rotten Tomatoes with a B+ CinemaScore. In comparison, the first film got a 74% Fresh Rating and an A CinemaScore.

Coming to the international market, the second outing was able to bring in $191 million from a total of 79 markets. It even got record openings in 18 of them, including making $12.1 million in Russia and $6.9 million in Brazil. The current performance in 43 markets has been better than the first installment. With a reported production budget of $200 million, the worldwide gross (as of now), sits at approximately $253 million.

Fantastic Beasts and Where to Find Them was able to make more than $800 million against a $175 million budget back in 2016. From what I can judge, The Crimes of Grindelwald is going to make money for the studio, but the total gross is going to be lesser than the first. With strict holiday competition on the horizon, I’m predicting The Crimes of Grindelwald will end its run in the $600-$700 million range. Of course, it can be lower than that, but I don’t think it will go any higher.

With the general response Fantastic Beasts 2 has received (read our review) and with three more movies to go, it will be interesting to see how Rowling and Warner Bros. decide to continue the story.

Currently, Warners execs seem to have a positive outlook concerning this situation. They have dismissed talks about franchise fatigue being experienced in North America. Furthermore, the film is supposed to make a lot of money overseas, especially after 70% of the first film’s gross was from international markets.

“With a big holiday weekend coming up, we have a real opportunity,” said Warner Bros. president of domestic distribution Jeff Goldstein.

I’m all for being optimistic. However, if the studio and especially Rowling refuse to see the problems caused by The Crimes of Grindelwald and won’t do anything to address them, then that’s just disappointing. Warner Bros. already saw the demise of the DCEU. Let’s see what happens to the Fantastic Beasts franchise.

Grace Randolph, a fellow movie reporter and critic, has some interesting opinions to share.

As for the rest of the box office, Universal and Illumination’s The Grinch was in second place with an estimated $38.2 million being made its second week in release. The domestic gross is at $126 million with a total of $25.2 million from other markets.

Fox’s Bohemian Rhapsody, about the iconic Freddie Mercury, brought in an estimated $15.7 million during its third week. It currently has an impressive domestic cume of approximately $128 million with an international gross of over $256 million. The current total global numbers are higher than $384 million against a $50 million production budget.

Who says queer films, rated PG-13, can’t make money at the box office? Come on Hollywood, get your act together and stop making excuses.

Instant Family from Paramount got fourth place with an estimated $14.7 million. The A CinemaScore might help the film through word-of-mouth.

Fox’s Widows fell below expectations and opened with an estimated $12.3 million from 2,803 locations. The Viola Davis led movie has received critical acclaim, but couldn’t attract an impressive audience. Viola Davis is an amazing actress, but she might not be leading lady material.

I do think Widows could have fared better with a bigger named actor opposite her or even having Halle Barry be a part of the cast. Berry was able to open Kidnap with $10 million in 2017 even after years of postponed release and no other big names attached to the project. Even though I think Viola is one of the best actresses out there, when it comes to the box office, star power (which Berry has) does count a lot.

Queer film and award-hopeful Boy Erased was expanded into 409 locations by Focus. The result was an estimated $1.2 million (from a $3,130 Per Theatre Average). The studio plans to add more theatres for Thanksgiving weekend.

Disney will be releasing Ralph Breaks the Internet into an estimated 3,800 locations on Wednesday. Creed II (Michael B. Jordan and Sylvester Stallone) will be released by MGM with Lionsgate releasing the Taron Egerton starring Robin Hood (which is expected to not so great). Sigh! Taron just can’t seem to catch a break outside his Kingsman series.

What did you think of Fantastic Beasts: The Crimes of Grindelwald? Which movie are you looking forward to seeing? Let us know.

Previous:Adi Shankar Is Ready To Bless Us With A ‘Devil May Cry’ Animated Series!
Next: ‘Anchor And Hope’ Is A Wonderful Look At An Unconventional Relationship – Movie Review