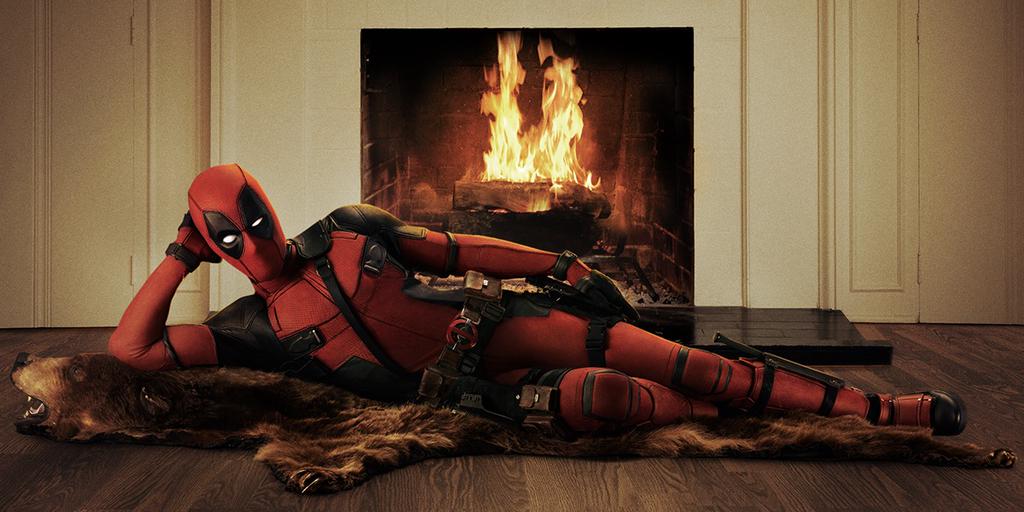 Okay, so for those of you that don’t know, the San Diego Comic Con hotel sale happened last week. We also had our FEELINGS… with The Geekiary webcast for March AND Zayn left One Direction. The result of those events being that I did not sleep for about 3 days, which resulted in a coma-like catch up. But let me tell you, after sleeping for that long, I have A LOT of feelings to get out.

In the worst news ever, apparently Paramount has decided to turn Transformers into a Marvel-style franchise! It’s not that I have anything against Transformers, it’s just that these movies are sexist trash and we need to stop giving Michael Bay money. Like seriously. Stop. He is the worst. If you know someone that is actively supporting Micheal Bay in any way, you need to help them see the error of their ways. (via The Daily Dot) 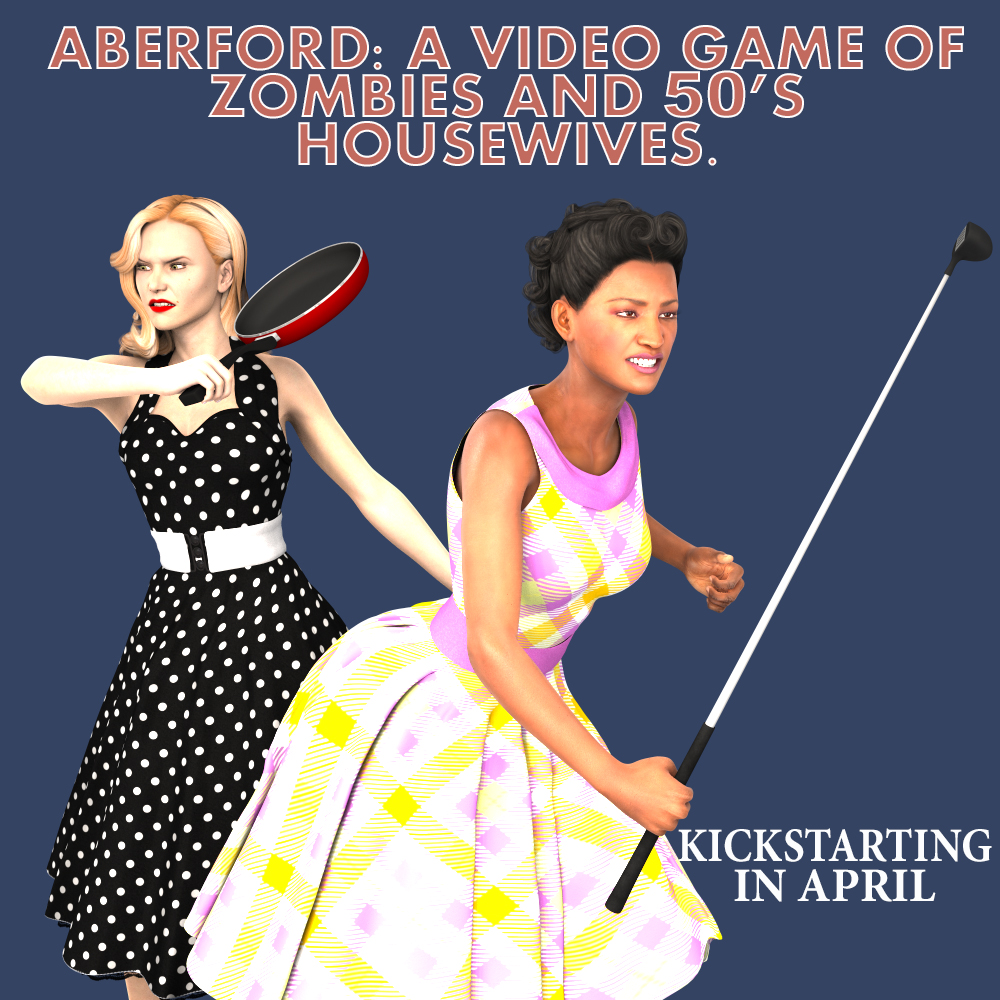 Sketchy Panda Games are making a game about zombies and 1950s housewives because they tapped into my dreams somehow to create my ultimate fantasy! They’re going to be launching a Kickstarter in April but in the mean time you can check out more at their Tumblr.

Don’t panic but AKA Jessica Jones could have the Marvel Cinematic Universe’s first LGBTQ+ characters. It’s all just hearsay at the moment but I like what I’m hearing, if you know what I’m saying. (via The Mary Sue)

Do panic because the first picture of Ryan Reynolds in his Deadpool suit will make you weep.

We’ve got our first look at the post Secret Wars Avengers featuring: Miles Morales, the Ultimate universe’s Spider-Man, Sam Wilson as Captain America, The Vision, an Iron Man, Ms. Marvel, the new Thor and Nova. (via The Mary Sue) 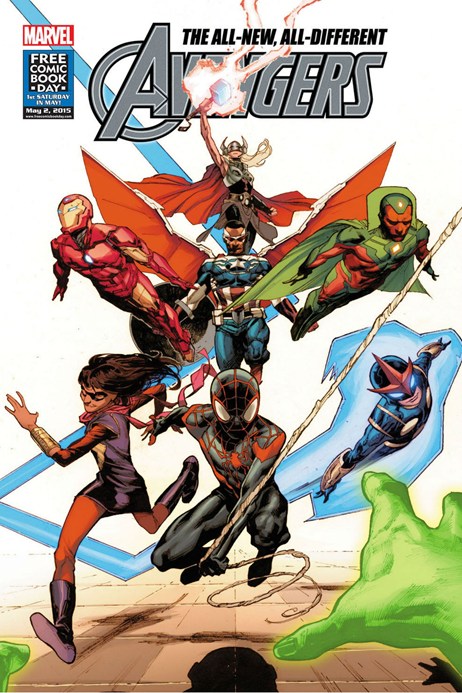 Apparently Instagram is a terrified cis teenage boy because it banned this photo with a women’s period stains. Instagram has since allowed the photo to be reposted but the whole thing is all kinds of gross and says a lot about our society as a whole. (via The Mary Sue)

thank you @instagram for providing me with the exact response my work was created to critique. you deleted a photo of a woman who is fully covered and menstruating stating that it goes against community guidelines when your guidelines outline that it is nothing but acceptable. the girl is fully clothed. the photo is mine. it is not attacking a certain group. nor is it spam. and because it does not break those guidelines i will repost it again. i will not apologize for not feeding the ego and pride of misogynist society that will have my body in an underwear but not be okay with a small leak. when your pages are filled with countless photos/accounts where women (so many who are underage) are objectified. pornified. and treated less than human. thank you. ⠀⠀⠀⠀⠀⠀ ⠀ ⠀⠀⠀⠀ ⠀⠀⠀⠀ ⠀ ⠀⠀⠀ ⠀ this image is a part of my photoseries project for my visual rhetoric course. you can view the full series at rupikaur.com the photos were shot by myself and @prabhkaur1 ⠀⠀⠀⠀⠀⠀ ⠀ ⠀⠀⠀⠀ ⠀⠀⠀⠀ ⠀ i bleed each month to help make humankind a possibility. my womb is home to the divine. a source of life for our species. whether i choose to create or not. but very few times it is seen that way. in older civilizations this blood was considered holy. in some it still is. but a majority of people. societies. and communities shun this natural process. some are more comfortable with the pornification of women. the sexualization of women. the violence and degradation of women than this. they cannot be bothered to express their disgust about all that. but will be angered and bothered by this. we menstruate and they see it as dirty. attention seeking. sick. a burden. as if this process is less natural than breathing. as if it is not a bridge between this universe and the last. as if this process is not love. labour. life. selfless and strikingly beautiful.

Chris Evans broke the Internet (literally) with this tweet!

Let’s go back to the start…

OMG here’s a Hodor vs Groot rap battle you never knew you always wanted! (via The Daily Dot)

Here’s the latest trailer for Mortal Kombat X! (via The Daily Dot)

Umm, yeah. Have you guys seen the trailer for Arnold Schwarzenegger and Abigail Breslin’s zombie movie Maggie? Because you should.

The first teaser for the TERRIBLY titled Walking Dead spin-off is here! (via Hypable)

Sergei Polunin dances to “Take me to Church” by Hozier and it’s beautiful!

ANOTHER Avengers: Age of Ultron featurette – this one’s all about the Super Siblings!

It’s been 10 years since the Doctor Who reboot – here, have this AWESOME fan-made trailer to celebrate! (via Mashable)

This fan-made animated TIE Fighter short is crazy cool! (via The Daily Dot)

The Vlogbrothers – Hank and John Green – are creating their own con! NerdCon will be held Oct. 9–10 at the Minneapolis Convention Center. (via The Daily Dot)

Girl is just like all the other girls. #VeryRealisticYA

Finally here’s a little something to sum up the pain we’ve all been experiencing since Zayns SHOCK departure from One Direction. (via kendracandraw)