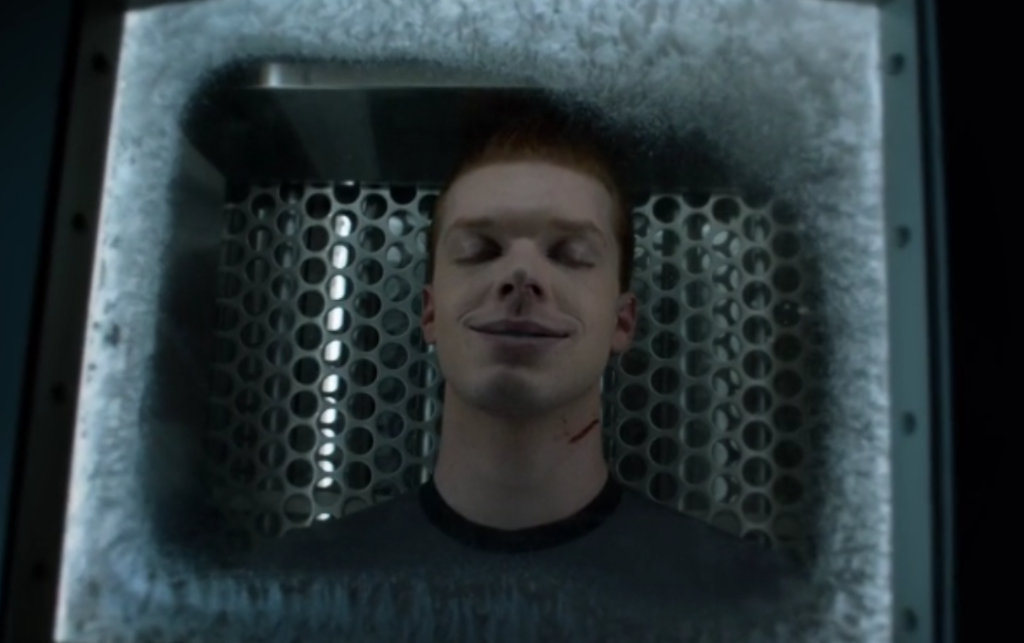 Gotham Season 3 returned from its mid-season break with episode 12, titled “Ghosts”. While it built on the previous storylines, it also introduced another plot thread that fans have been expecting since the second season.

I’m going to get the boring stuff out of the way before getting to what made “Ghosts” enjoyable for me. I’ve never been invested in Jim Gordon (Ben McKenzie) even though he is supposed to be the main character. The villains and their craziness make Gotham a good show. That’s why trying to care about Jim’s fate after killing Mario is something I’m unable to do. We already know nothing is going to happen to Jim, so seeing him survive a group of (highly untrained) hitmen was boring at best.

The show also seems to be going for some sort of reconciliation between Jim and Lee. Again, those two aren’t a couple I’m enthusiastic about. As far as I’m concerned, pair Jim up with Barbara and let the crazy hit the fan!

Kitty Selina and Baby Bruce had some fun scenes in “Ghosts”. Introducing Selina’s mother is taking the storyline dangerously close to being soapier than it should be. I hope the writers have a plan and can make something interesting come out of it. Is Mama Kat trying to reconnect with Kitty Selina because she wants Bruce’s money? Let’s see.

“Ghosts” also serves as the start of a three-episode arc that is supposed to usher in Jerome’s revival. After that, it’ll go on a break until April. We know that bringing people back from the dead is within the realm of possibility in this show. That’s why fans have been expecting Jerome to come back to life since his death.

Gotham continues to build on the concept of viral madness. It was birthed by Jerome, followed by Alice’s blood, and now Jerome’s cult. It was interesting that the show brought in David Dastmalchian to play Dwight Pollard. David played Joker’s henchman in Christopher Nolan’s The Dark Knight. And in Gotham, he plays the person who is going to bring Jerome, the show’s proto-Joker, back to life.

Now, let’s come to the most interesting part which is Nygmobblepot. This ship is becoming harder to root for, but I guess that’s part of its charm. Ed wasn’t kidding when he said he wants to destroy Penguin. His plan involved recruiting Clayface (remember him?) and playing with Penguin’s head. The plan worked brilliantly, and we saw Oswald kill his new Chief of Staff and lose his mind during live television.

Ed’s endgame seems to be breaking Oswald to the point where he’ll beg for death. However, we know the show won’t be killing Penguin. It isn’t going to do away with Ed either. So, what are the writers planning?

Is Ed looking out for Oswald by breaking him himself and not letting Tabitha and Barbara go after him? Will Ed finally realize that he loved Oswald all along? Will those two continue to go after each other but not far enough to kill? Why does shipping Nygmobblepot feel so right but wrong at the same time? Sigh!

Quote of the week: “Doesn’t anyone in Gotham die anymore?” – Harvey Bullock

What did you think of “Ghosts”? Are you excited about Jerome’s resurrection? Let us know!