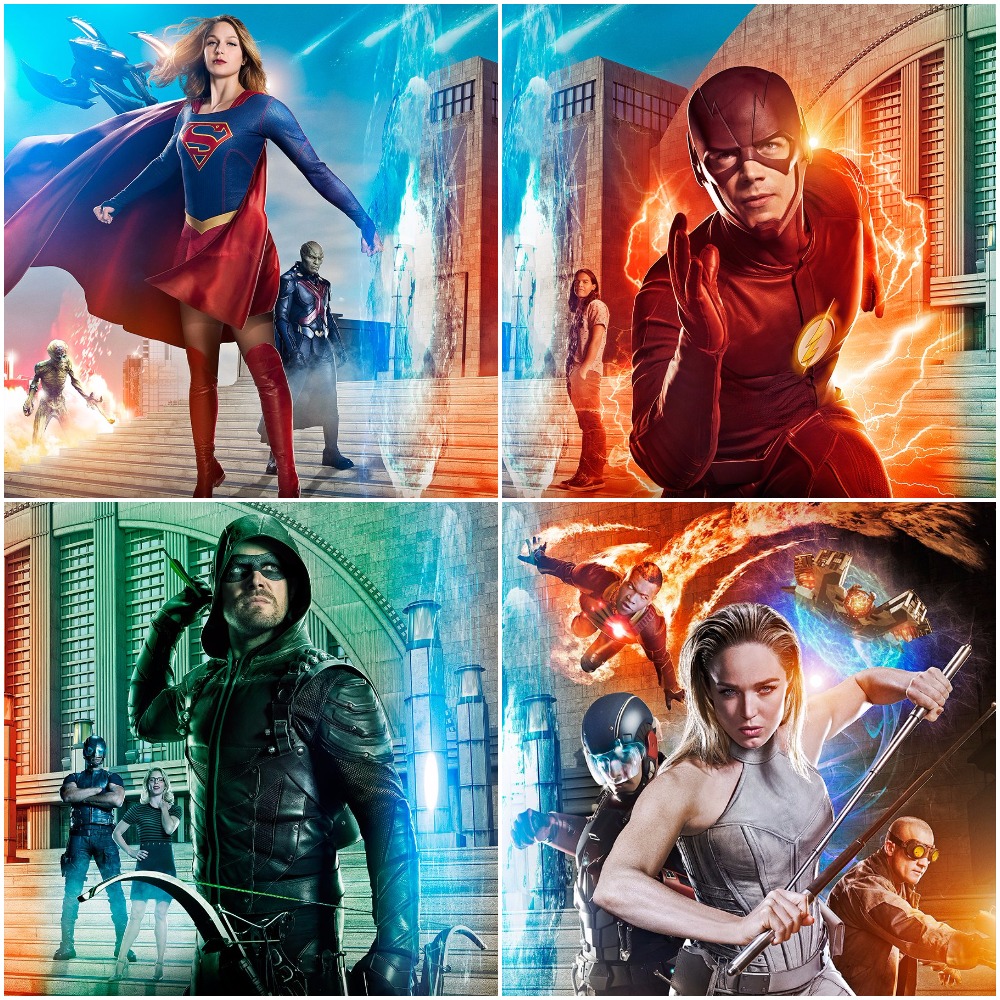 “Heroes VS Aliens”, the CW’s much-anticipated DC crossover event that weaves through Supergirl, Arrow, The Flash, and Legends of Tomorrow, starts tonight with Supergirl. The network has done smaller crossovers before, but this will be the first time all four shows will tell sequential sections of the same story.

Here’s what you need to know to get the most out of the event (without spoilers past what CW has officially put out):

Just in case you haven’t seen the full trailer, treat yourself:

WARNING: THERE MAY BE MILD SPOILERS BELOW THIS LINE!

According to the CW, this is how the whole story fits together:

Supergirl: Like I said, Supergirl will be mostly a standalone Cadmus story. That doesn’t mean it’s not going to be relevant to the main arc, though, especially since what Cadmus is working on is a plague that kills aliens. Cisco makes a breach for Barry so he can run to Kara’s world and ask for her help.

The Flash: This is where the main “Invasion!” storyline launches. The Dominators attack Central City. Barry asks his good friend Oliver Queen (AKA Green Arrow) for help. Between them they track down the Legends of Tomorrow and Supergirl, then put together their “Dominators Go Home” plan. CW is teasing that Flashpoint- a huge tangled time crisis caused by Barry’s attempts to change the past- will have a huge bearing on this story, so if you’re behind a few episodes this might be a good day to catch up.

Arrow: As the 100th episode of Arrow, you know the CW had to make this special whether or not it works with “Heroes Vs Aliens”. The synopsis tells us Oliver wakes up in a world where he never became the Green Arrow because he never boarded the ship that originally stranded him, leading to his marooning and his immersion in the very complex mythology of the Arrowverse. While he’s managing that situation (is it a dream? a coma? an alien device?) his team is still helping the Flash and Supergirl handle real life threats. I’m really hoping they don’t sideline Oliver for the whole fight, but it will be fun to see the others try to manage without him.

DC’s Legends of Tomorrow: The gang finds out what the Dominators’ end goal is and realize they have more than the attack on Earth to worry about. Stein finds a way to end the Dominators once and for all, which may or may not have to do with a mysterious aberration he made decades before because the CW makes a point of mentioning said aberration in the synopsis.

If you miss any episodes of the crossover, you can catch up on CW’s website the following day. Also, we’ll be doing reviews of each part of the event.

Are you watching “Heroes VS Aliens”? You can share your opinion online with the hashtag #DCWeek, or let us know what you think in the comments section below!