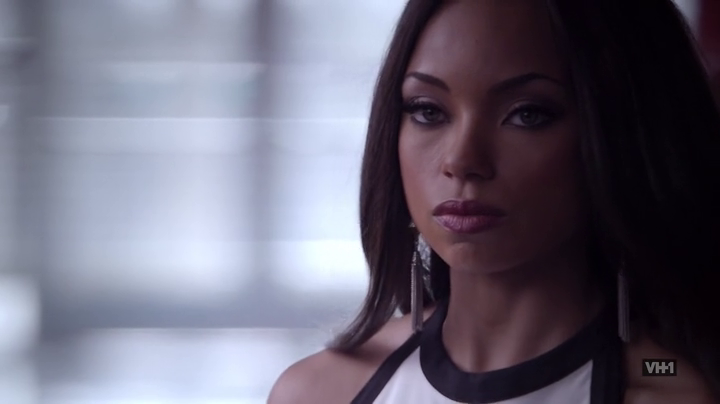 After waiting for more than a year, season three of Hit the Floor returned with all the scheming, dancing, and sexiness fans could ask for.

Not only did Hit the Floor progress character relationships, it also laid the groundwork for conflicts to come.

The thing that lured me into Hit the Floor was the surprisingly wonderful relationship between Zero and Jude (adorably called Zude by fans) that occurred back in season two. While I started watching for Zude, it was the diverse cast and thrilling storyline that made me fall in love with the show. Every character has a hidden agenda behind everything they do, and that keeps viewers on the edge of their seats.

The schemes from season two aren’t going as planned for some people. Jelena (Logan Browning) got Lionel the position she always wanted after her marriage to Oscar Kincade. However, Lionel made it clear that she wasn’t going to be Jelena’s puppet and didn’t agree to make Terrence the star player after his injury. Being on the wrong side of Jelena spells danger, and you know Jelena is going to do everything in her power to bring Lionel down.

Another conflict that Lionel has to deal with came from Salone (Kimberly Elise). Salone clearly doesn’t like how Lionel runs things, and she asks Adam Overman, the Deputy Commissioner of the League, for help to bring her down. The only reason I’m worried about all of this is because Salone wants control of the Devils taken away from the Kincades. Do you know who else is a Kincade? Jude, one half of Zude!

I don’t want Jude to be stuck in the crossfire. Jelena also met with Adam because she and Terrence want to buy the Devils. As long as these conflicts don’t affect Jude negatively, I’m all for Lionel being brought down a notch or two, but if her going down means Jude will be in trouble as a consequence, then I hope Salone’s and Jelena’s plans don’t come to fruition.

Ahsha (Taylour Paige) is still stuck in the love triangle involving Derek and German. I couldn’t help but cringe whenever German got intimate with Ahsha, especially after the big reveal last season concerning Olivia’s murder. Also, Derek still wanting Ahsha back felt weird to me. What is Derek playing at?

That’s the thing when it comes to the characters in Hit the Floor, you can never be sure what they really want and why. 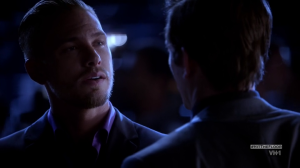 Coming to Zude, the two seem to be at odds with each other after their encounter in the season two finale. Zero, or Gideon, still doesn’t want to go public with his sexuality, and while Jude isn’t interested in being part of a closeted relationship, he still doesn’t know how to completely break away from Zero. Those two are meant to be together so I’m not exactly worried about their upcoming interactions this season. Creator James LaRosa can take me on an emotional rollercoaster ride all he wants and I’ll deal with it because I know once the ride is over Zude will be waiting at the end. The raw chemistry between Jude (Brent Antonello) and Zero (Adam Senn) is overwhelming. Those two didn’t even make the slightest of physical contact during their scenes but even that was enough to explode screens. I’m afraid to see what will happen if those two do touch each other this season or, Heavens have mercy, become intimate.

While Jude refused to become Zero’s agent, he did take up Lionel’s offer to become executive vice president and be part of his family’s dynasty. Having such a position will make Jude Zero’s boss, and as Zero playfully replied, “That’s hot”. Get married right now! Both of you!

Special mention to the comedic relief provided by Kyle and Raquel being married to each other. All of their scenes were amazing.

The premiere was dedicated to Stephanie Moseley, and I found it to be a very loving gesture from Hit the Floor.

What did you think of Hit the Floor season three premiere ‘Power Play’? Did you enjoy seeing Zude again? Will Salone and Jelena be able to bring Lionel down? Let us know!