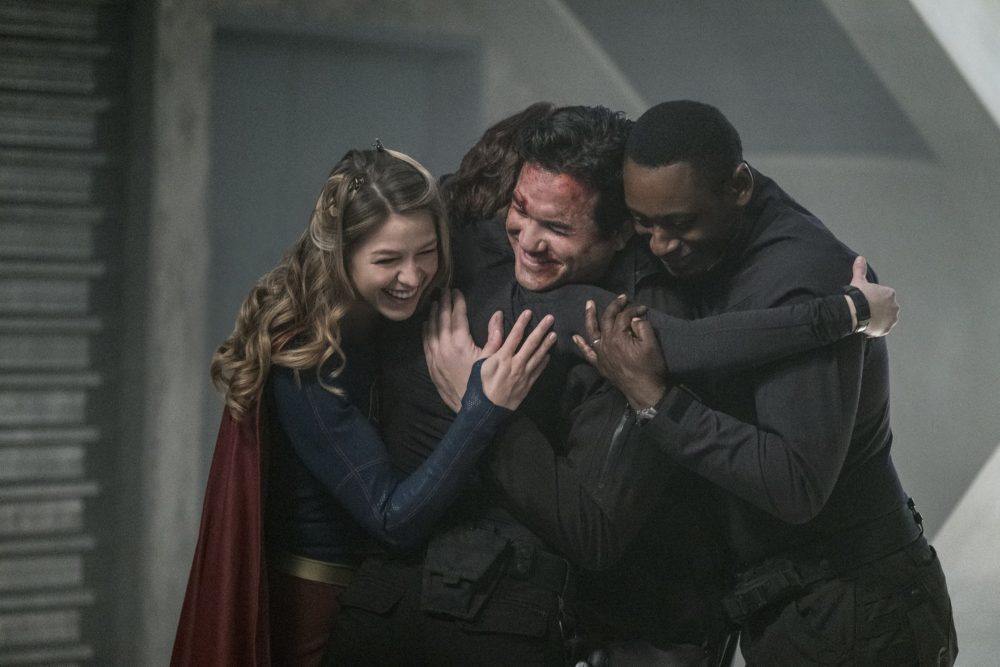 Hey, remember how Alex and Kara have a dad? Well, he’s back! Jeremiah has returned from being held captive by Cadmus in “Homecoming”, but is everything as it seems?

Of course not! This is Supergirl. Nothing is ever as it seems. For some reason, Mon-El is the only one who is at all suspicious that after fifteen years, the DEO happened to stumble across Jeremiah. It makes sense; he’s met Jeremiah but doesn’t have a previous relationship with him, so he’s able to approach the situation with a clearer head. This initially causes some friction between Mon-El and everyone, and later between Kara and Alex, but it turns out that he’s right. This homecoming is anything but happy as Jeremiah lures Kara and Alex out of the DEO and then goes after something in the mainframe, knocking out both J’onn and Winn. After this, Alex is forced to admit that Kara and Mon-El were correct about her father, yet when they track him and the rest of Cadmus down she is understandably unable to pull the trigger.

Naturally, what we think is going on may not actually be what’s going on, because nothing ever is on this show. Jeremiah tries to tell J’onn that his working for Cadmus is not what it seems, and later when he delivers the National Alien Registry to Lillian, he reminds her of their deal. I suspect that he made some sort of bargain to spare Kara, which of course Lillian won’t honor. Whatever is going on, it’s clear we don’t have the whole story.

I guess I’m still trying to figure out what they were doing with Kara and James’s relationship if it took them an entire season to start dating and approximately one episode to break up, but Kara and Mon-El are already sleeping together in little more than half a season. Also I have to wonder where they were going with Kara’s self-empowerment from the first couple of episodes because that seems to have evaporated. Now, I’m not saying that Supergirl can’t be all “rah girl power” and have Kara in a relationship, but correct me if I’m wrong, didn’t she specifically break up with James to focus on herself? 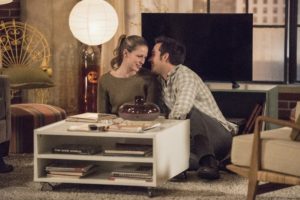 Plus, let’s discuss how Kara asked Mon-El to keep their relationship quiet because she didn’t want everyone butting in with their comments — and subconsciously she may have wanted to spare James for a little longer — and he ignored her request and immediately — literally — blabbed it to everyone at the DEO. And then later he confronts Jeremiah after Kara asks him to just let it go. This is just more evidence that Kara’s concerns were valid. Yet for some reason, the writers have completely ignored these in order to push a relationship that really could have waited, if it needed to happen at all. Thankfully, Kara gets the opportunity to call him on it, reminding him that he’s always ignoring her, and that her wishes are important. Still, you have to wonder what prompted Kara’s change of heart when she seemed to be questioning things a few episodes ago.

Like last week, Mon-El realizes that he made a mistake and goes to Winn to figure out what he should do. Winn reminds him that Kara doesn’t need a protector or someone to fight her battles; when Mon-El asks what he should do, Winn suggests he ask Kara. What a novel concept. Thanks, Winn. I fear that this will be an ongoing thing; every week Mon-El will do something stupid, they’ll have a fight, and he’ll change but be exactly the same in the next episode. That will get very tiring very quickly. I’m already tired of it and it’s been, like, two episodes. 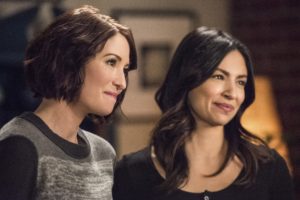 Chyler Leigh is really impressing me this season. Alex is getting a lot of heavy, emotional scenes and she is absolutely knocking them out of the park. Her argument with Kara and her confrontation with her father were splendid, but her breakdown at the end of “Homecoming” was especially poignant. Yet I can’t help but be a little bitter that her and Maggie’s relationship has been relegated to brief scenes while Kara and Mon-El get thrust into center stage. Yes, Kara is the titular character, but there is so much more that they can be doing while still keeping Kara front and center. You know what would have made this episode amazing? Have Maggie be the one who was suspicious about Jeremiah. She is a cop, after all. It would have led to another argument between the two, but we could have gotten some great scenes of Maggie appealing to Kara, and she would have been on screen for more than a hot second.

What did you guys think of “Homecoming”?