My first year was 2015 and I was thrown into the thick of things as a volunteer by fellow Geekiary writer Tara Lynne – not that I was complaining, because I had a complete blast. The 2016 convention saw a change in venue, from Ravenwood Castle in Ohio to Mountain Lake Lodge in Virginia. Cinema aficionados might recognize the Lodge as one of the locations used in Dirty Dancing. Nestled deep in the mountains in a verdant state park, the congoers were treated to misty mornings and sunshine throughout the day. As night descended, the temperatures dropped to a pleasant spring chill that was perfect for those warm ASOIAF/GoT costumes. 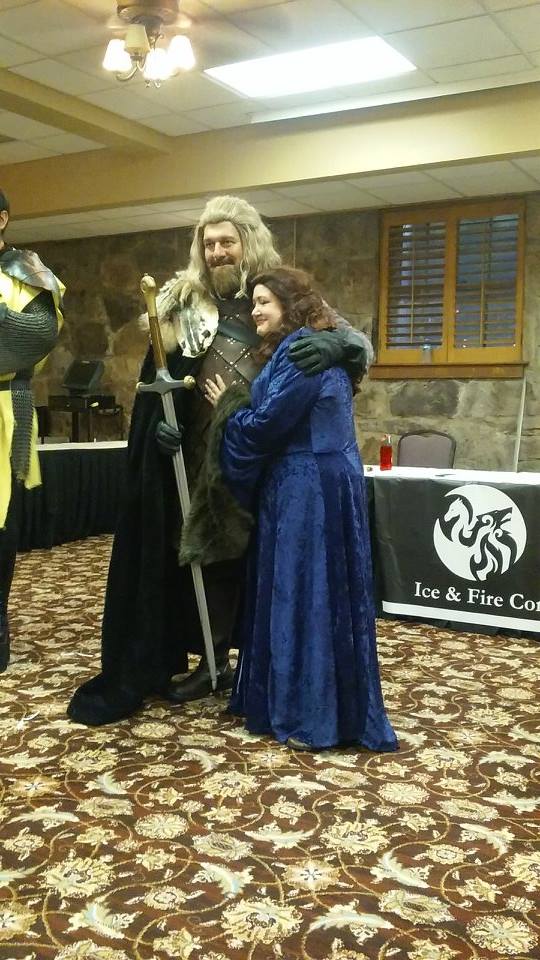 Now, there’s a lot to be said for smaller conventions. Although Ice and Fire Con might not boast famous celebrity guests, it hosted multiple fandom favorites, including members of History of Westeros, A Podcast of Ice and Fire, and ASOIAF University. Members of popular podcasts Behind the Iron Throne and Davos’ Fingers were also in attendance. For the first time since its inception, the con also welcomed a variety of vendors. One such feathered guest was Bishop the Raven, complete with his own pavilion for photo opportunities.

While small conventions sometimes suffer from The Clique Syndrome, Ice and Fire Con manages to avoid that and every other other small con cliche. This convention welcomes everybody, both veterans and newcomers alike, as family. In my experience, IaFcon has never been one to fall into the convention norm(s). It fosters an intimate, friendly atmosphere that brings people of all walks of life together. It is a breath a fresh air; it is a relief.

For Friday night’s Wight Night theme, the attendees were treated to a concert by The Manimals, an amazing nerdy post-glam punk band from New York City. They played their set from their newest album SEVEN, a Song of Ice and Fire concept album featuring tracks about Brienne of Tarth, Jon Snow, Tyrion Lannister, and more. I had the privilege of hanging out with the band members throughout the weekend and not only are they talented, they’re probably some of the coolest human beings I’ve ever met. 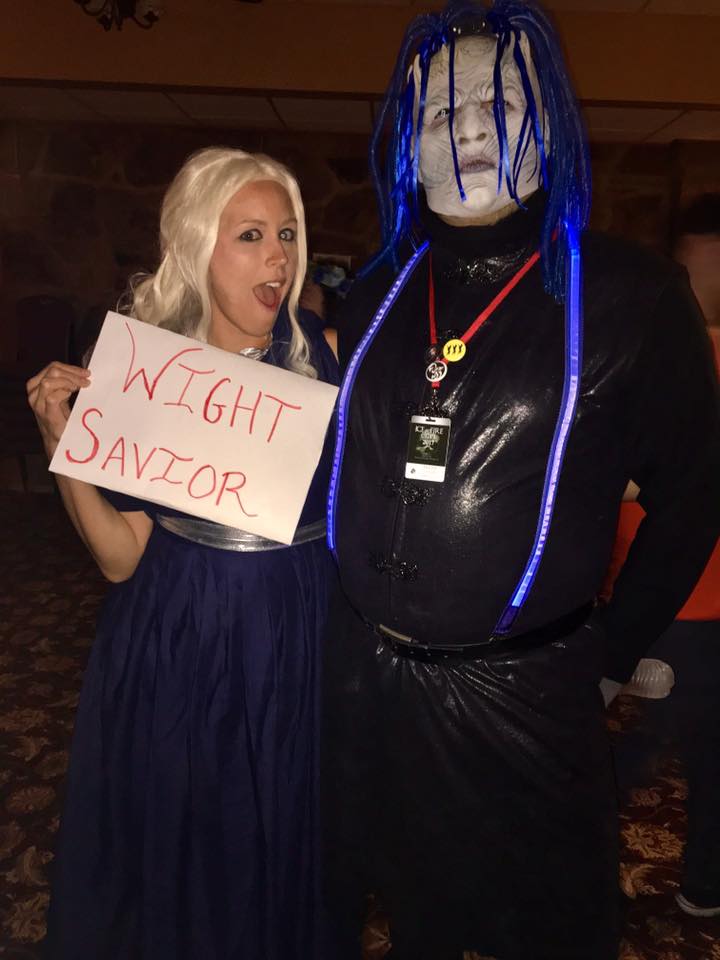 There were a variety of panels and various activities during the day, including a Game of Thrones board game tournament. The costume parade and performance show – always a fan favorite – featured a Game of Thrones parody song sung by Tara Lynne and volunteer Brian E. to the tune of ‘You’re Welcome’ from Disney’s Moana…and this was followed by none other than a Clegane brothers rap battle! Other activities included a LARP style tournament, the winter season seafood buffet, a “Snark and Grumpkin” photo scavenger hunt, a costume contest, and (my personal favorite) the Flea Bottom Fete dance party.

The astounding growth in attendance numbers has prompted another change of venue. Ice and Fire Con 2018 will take place at Deer Creek State Park in Ohio and tickets go on sale in June. Check out the official website and be sure to join the official facebook group to stay up to date on all the con shenanigans, and if you’re so inclined, consider funding the Ice and Fire Con Patreon to receive ticket discounts. access to special polls that will determine some of the 2018 activities, and exclusive early updates on news for next year’s con. The organizers are already hard at work on activities and surprises for 2018, and trust me, you won’t want to miss it! 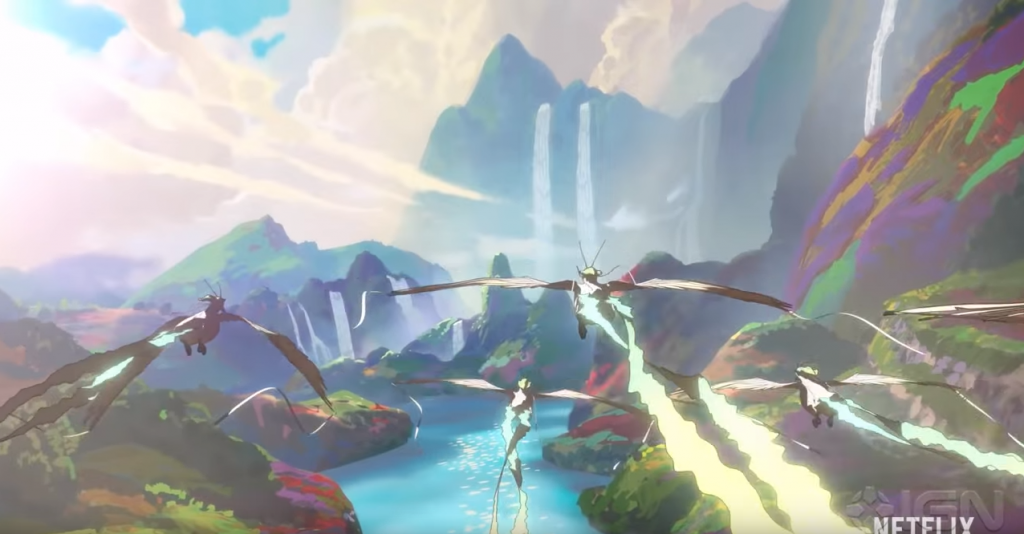 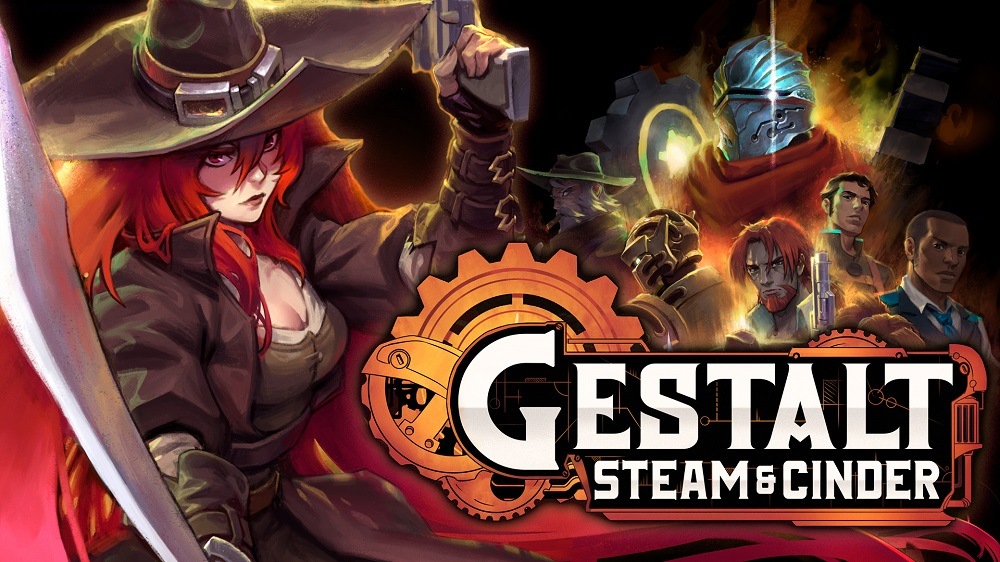