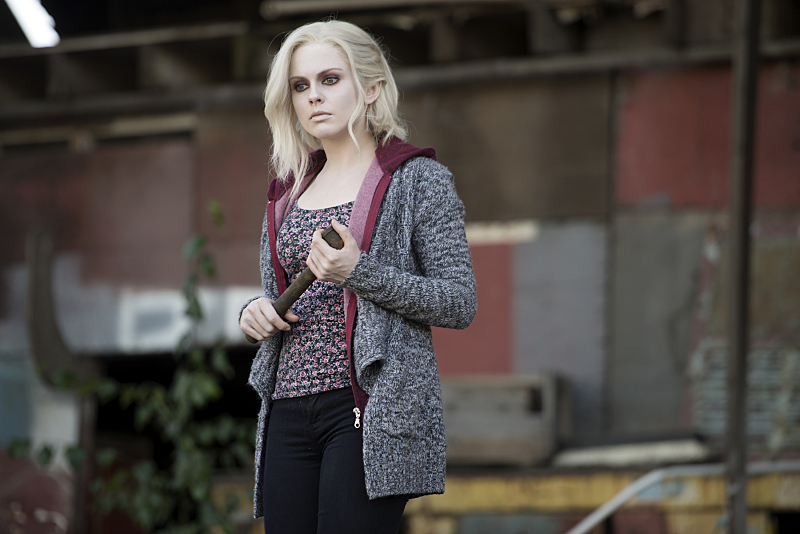 I admit that I was late to the party when it came to Rob Thomas’s last hit show, Veronica Mars, but I’m glad I get to make up for it by being here at the beginning of iZombie. I hope to watch this show grow and develop a strong fanbase, because so far it’s been absolutely amazing. Just three episodes in and we already have the groundwork laid out for what could have easily been a complicated and confusing premise that nobody could follow, but things have been explained very succinctly from the beginning. We also already have characters we care about, realistically evolving relationships that don’t feel forced, and themes that can make us as viewers reflect inwardly, which is surprising given the whimsical nature of the premise. On the surface iZombie seems like a bizarre, comedic, procedural with a zombie twist, but there’s a mountain of potential here and I’m happy with the pacing it’s had over the course of the first three episodes.

This week focused on yet another Brain-of-the-Week case, this time forcing Liv to take on traits of a sociopath (or, excuse me, a person with ‘anti-social personality disorder’). The case she took on was pretty average, but the disconnect from her own feelings was what drove the plot forward. In order to solve the crime she had to put her roommate’s career at risk, which she knew she should feel bad about but just… couldn’t. She had a major disconnect about her ex-fiancé seemingly moving on from their relationship, too, but when the sociopathic brain had run its course by the end of the episode, it became clear just how hurt she was about losing him.

Liv’s ex-fiancé is probably the only character on the show I haven’t been able to connect with so far. From a narrative standpoint I can see his value, but I have yet to actually care about him. He serves as a constant reminder that Liv had a life before she became zombified, but we haven’t really been shown why they were so happily in love with each other in the first place. All we have to go by is Liv’s sadness over the loss. But truly, this is the only weak point on the show so far for me. Everything else is downright perfect.

Clive is a character that could easily become a one note cliché, but so far has remained interesting each week. He’s the cop friend who reluctantly trusts the mysterious psychic from the morgue. This could get stale so fast, but it somehow hasn’t. Clive has thrown his trust behind her completely and only really shows hesitation when it comes to trying to prove her visions right in the legal system. He trusts her, but he needs to find evidence to back her up before he proceeds with a case. The sociopathy Liv displayed this episode made that even more clear. Their partnership is something I’m excited about, and I wonder just how long he’ll be in the dark about her zombie nature. I could see this becoming a big plot point at some point in the future. 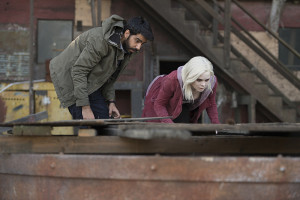 Ravi, however, continues to be my favorite secondary character. His compassion was even more prominent this week when contrasted with Liv’s icy cold demeanor. When they discovered that Marci had become a zombie, but had been starved and trapped for months, he wanted to do everything he could to save her. Part of it obviously relates to the science behind being a zombie, but he clearly cared about Marci as a person as well. When Liv insisted they have to “kill it”, he reinforced the fact that she’s a person and not an ‘it.’ Unfortunately they do end up having to kill her, but it came about in a “kill or be killed” situation instead of a cold-hearted execution.

Liv and Ravi’s banter is my favorite part of this show so far. They are able to have light-hearted conversations about her tragic zombie condition and seem to have slipped into a comfortable rhythm together. It’s the moments between the two of them that remind me most of Veronica Mars. The dialogue is snappy, humorous, and playful. I haven’t read the comic this show is based on so I don’t know how much of the dialogue I should attribute to the source material and how much I should attribute to Thomas, but there’s definitely something about these moments that has his vibe.  It’s in these moments that I can see traits from Veronica in Liv.

Lastly, the character that didn’t get much screen time this week but most likely hasn’t been forgotten is Blaine. His scheme from the last episode will no doubt have repercussions later in the season, but just how big of a threat he’s going to be to our main characters remains to be seen. His actions also make me question just how many zombies he’s made and is currently supplying brains to for cash. Surely the one woman shown last episode would be enough to keep him going ($25k a month is pretty ridiculous), but we just don’t know what else he’s up to. He’s been playing the zombie game just as long as Liv has and he’s clearly still a sleaze ball of the highest order. I wouldn’t put it past him to have even more secret zombies stashed somewhere.

I’m excited to see this series hit its stride. It’s pretty clear that I’m already hooked, but most shows need a few episodes to establish the world before they dive into the meat of the plot. We’ve got a pretty solid foundation at this point and I’m looking forward to what’s coming next.