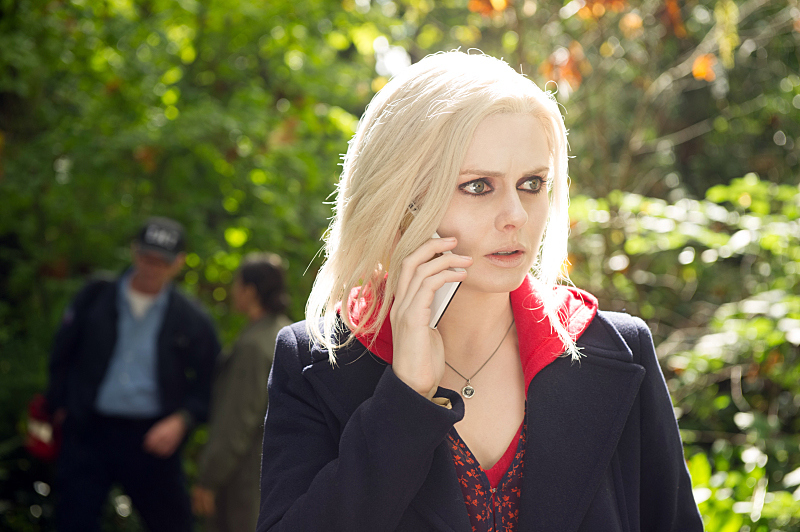 I have to admit that I was kind of distracted throughout the entire episode by the surprise appearance of King Arthur. And by “King Arthur” I mean Bradley James, who played Arthur on BBC’s Merlin. There were a lot of other great moments during the episode and we got forward momentum on the emerging plot, but… King Arthur, guys! King Arthur!

Bradley James played a rock star named Lowell, who is initially suspected of being responsible for the death of the Brain-of-the-Week victim, Holly. He was supposed to jump first during their sky diving session, but switched the order at the last minute. Then he went missing after they landed on the ground for several hours.  All of this got explained away when he came out to Liv as a zombie. King Arthur is a zombie, guys! How fun is it to say that?  All of his strange behavior was directly attributed to him going into “Full Zombie Mode” during the jump, but it’s not exactly something he can explain to anyone else except Liv. 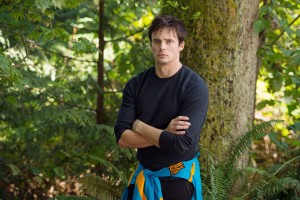 There’s a natural chemistry between Lowell and Liv that I was instantly drawn to and I hope that their budding relationship is something that continues for a while. It was great to see Liv flustered and happy for once. I feel you, Liv. I totally feel you. Bradley James has that effect. But even beyond the chemistry, it’s great that Liv has found another zombie she can trust, because she clearly can’t trust Blaine. My biggest fear is that they are setting up Lowell as someone that the audience falls for only to have him either permanently killed or revealed to actually be a bad guy in some way. We can presume at this point that he gets his brains through Blaine’s network, but I’m not ready to discount his character based on that assumption just yet. I really want this to turn out as a good thing. Please don’t break my heart, show. I’m begging you.

Speaking of Blaine, even though he didn’t show up in the episode we did learn that his network of brain dealings has grown rather large. There seemed to be dozens of missing people from the place that he took Major’s friend Jerome two episodes ago. We also see that zombies have now infiltrated the homicide department, thus making Blaine’s murder spree easier to cover up. Blaine seems to be turning the wealthy and the connected into zombies while picking off the poor and transient population that he thinks nobody will miss. It’s a clever business model. And by “clever” I mean disgusting, horrific, and absolutely despicable. All of these words can be used to describe Blaine as a person, too, honestly. 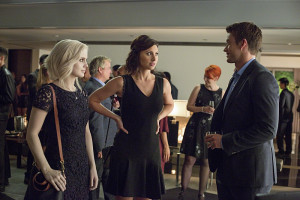 Another point worth noting this week is that this is the first time Liv has had to consume the brain of someone she knew. Seattle is a huge city and people die every day, but I suppose it was bound to happen eventually. The Brain-of-the-Week, Holly, was a former sorority sister to both Liv and Peyton. She got booted from the sorority for being too rowdy, but when Liv takes on some of her traits she begins to feel that same free-spirited nature that made Holly so infamous. Once again, it was great to see Liv happy about something. When the brain runs its course I hope that the romantic nature of her relationship with Lowell is enough to keep her smiling.

iZombie has become the show I look forward to most each week, and episodes like this remind me why I’m so hooked. Its tightly-written, wonderfully acted, and has heart. I hope this show gets a good long life on the CW. It’s truly something special.