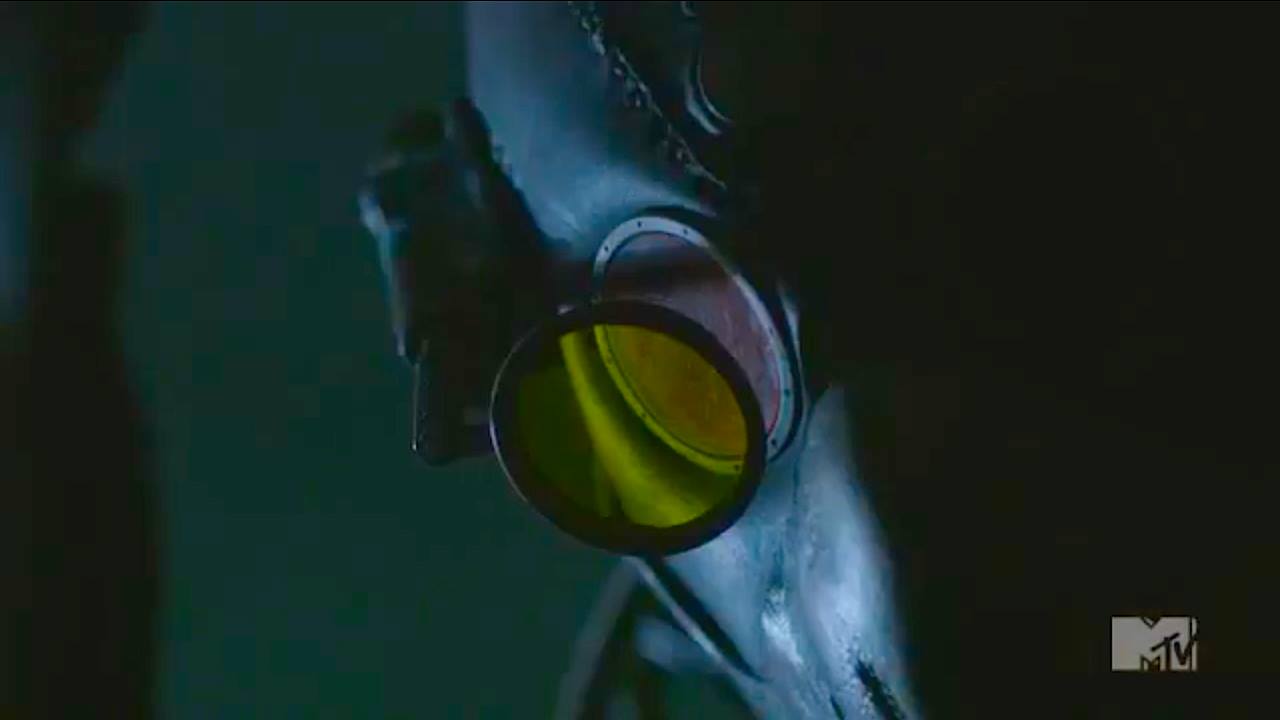 A humanoid creature floating in a liquid-filled suspension tube. Three mysterious figures mounting a staircase. An armored hand clenching into a fist. A long needle sinking into a patient’s arm, an eye looking terrified, a bloodied face screaming. A close-up of a black mask with tinted lenses. And, finally, a menacing figure holding a sharp weapon to a victim’s head.

Images flash quickly in Teen Wolf’s new season five promo, and communicate more a sense of panic and dread than actual plot details—but then, Teen Wolf’s promos generally do. As with last year’s excellent ash-and-dust ads, the point is to express a mood, not give the game away. The most revelatory flash of information is the tagline, “The doctors will see you now,” and even that is just a teasing enigma.

(Sidebar: am I the only one who immediately thought of “Mr. Grey will see you now”? I don’t have any interest in 50 Shades, but it was a pretty inescapable ad campaign.)

Dr. Deaton’s voice-over gives us a secondary tagline, “The rules have changed.”

The promo also includes flashes of our lead characters: Stiles, Kira, Lydia (in what looks like a hospital bed), Malia, and Scott. Likely items on the docket for season five are Kira’s powers, Lydia’s powers, the two central romantic relationships (between Stiles and Malia and between Scott and Kira), and the identity of Malia’s mother, the so-called “Desert Wolf.” 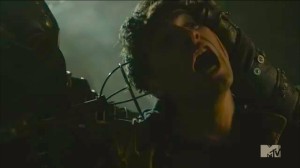 Notably, the promo makes no mention of Actual Teen Wolf Liam or his entourage of side characters, but he will probably be prominent this season nonetheless. To echo Dr. Deaton’s words, the rules have changed, and the ragtag group of teenaged supernaturals has grown bigger and more varied over the years. But, as always, Teen Wolf seems ready to spin as many plates as possible at one time, which certainly has both pros and cons. If there’s at least a throwaway line explaining Derek’s absence, then it’s a step up from Cora Swept-Under-the-Rug Hale’s entrance and departure on the show. But a definite pro? The possibility of featuring three women with superpowers, all having their own arcs, even in the midst of a dozen other plot threads. It will be a difficult feat to pull off, but, based on preliminary examination, the prognosis does look good.