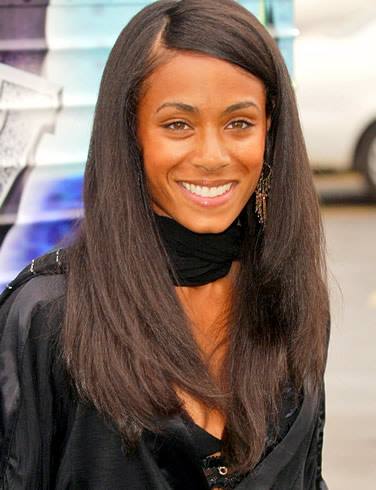 It seems a female villain will be joining Fox’s much anticipated Batman prequel TV series, “Gotham“. Fox recently announced that Jada Pinkett Smith will be playing the role of Fish Mooney in the TV series that will focus on James Gordon.

If you don’t know who Fish Mooney is, don’t fret because she isn’t from the DC comic universe. However, her description is quite interesting. Her character is an imposing, hotheaded, and a notoriously sadistic gangster boss. She is also a nightclub owner (aren’t they all?). Mooney has street smarts and extra sensory abilities that come in handy reading people like an open book. It will be fun to see the young Detective Gordon trying to keep crime under control in Gotham and having Fish Mooney as one of his enemies.

The 42 year old actress has TV experience. She played the lead in ‘HawthoRNe‘ that ended its third and final season in 2011. So, I have faith she can pull off her role in Gotham.

Gotham will start airing sometime in 2014 and will focus on rookie detective James Gordon (Ben McKenzie) and his early days in the Police Force. The story will also feature a young Bruce Wayne. We will also get to see origin stories of some of the characters like Penguin, Riddler, and my favorite, Catwoman.

Sean Pertwee will be playing Alfred Pennyworth, an ex-marine from East London and the Wayne family butler. I guess this incarnation of Alfred will be something similar to the one in Beware The Batman animated series. Gone are the days when he was just a butler who looked after the Wayne mansion and the Batcave.

Robin Lord Taylor will be playing Oswald Cobblepot/The Penguin. Fish Mooney will also be his boss. A psychopath in nature, he will be hiding his sadistic lust for power under a polite façade.

I am definitely keeping an eye on this show and can’t wait for it to air. Feel free to share your thoughts in the comments below!