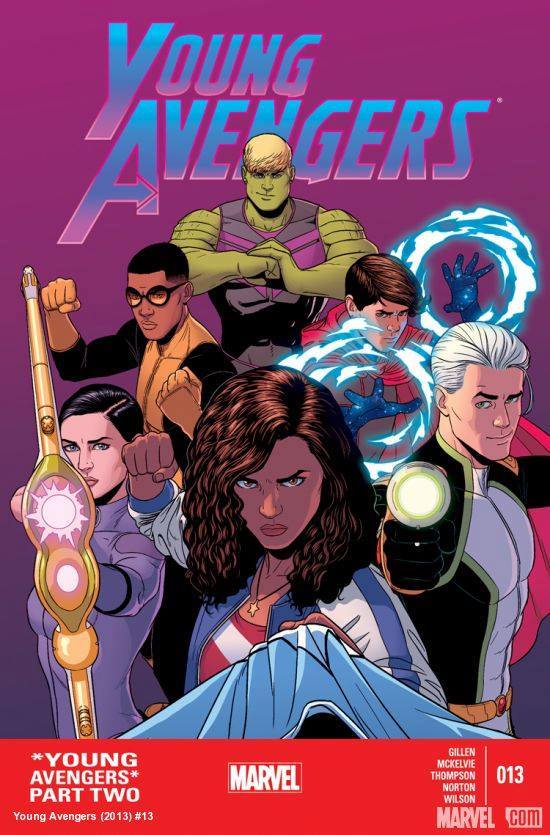 While TV shows have a long way to go when it comes to LGBTQ+ representation, comic books have indeed given people around the world some impressive characters that fall on various places of the rainbow. If you want to read or get to know more about the comics that feature such characters, then you have come to the right place, my friend. First up we have Part I of the queer characters from Marvel Earth 616. 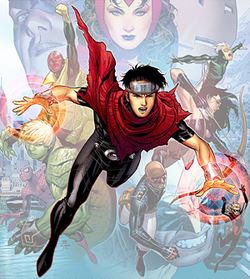 His real name is William “Billy” Kaplan. He made his first appearance in Young Avengers #1 (a series that would go on to be one of the most queer-inclusive comic books ever!). I fell in love with Billy the moment I started reading Young Avengers. He’s openly gay, but his sexuality isn’t his only defining feature. Not only that, he’s cosmically powerful and I’m excited to see how his powers evolve as he grows up. Knowing that Marvel handed the power to change reality to a gay kid is amazing!

He’s engaged to another YA member, Hulkling (Teddy), and their relationship is one of the most important aspects of the team. While Marvel hasn’t given Young Avengers a permanent monthly solo-series, the recent run has been all kinds of awesome.

His Earth name is Theodore “Teddy” Rufus Altman while his Skrull name is Prince Dorrek VIII. He’s engaged to fellow YA member Billy. He’s the son of Captain Marvel and Princess Anelle which makes him half Kree and half Skrull. His powers include superhuman strength, durability, stamina, shape-shifting, and regeneration.

He’s one of the main leads of YA and made his first appearance in Young Avengers #1. While Teddy and Billy had brief complications in their relationship in the series recent run (it almost gave me a heart attack), the two worked things out and continued being the most adorable couple ever!

While America Chavez isn’t from Earth-616, she has Interdimensional travelling abilities, which makes it hard to keep track of her. She appeared in Vengeance #1 and then became part of the Young Avengers helping Wiccan battle a parasite known as Mother.

She was born in the Utopian Parallel and was raised by her two mothers. She’s also found our love for girls when she discovered that making out with the Ultimate Nullifier wasn’t her thing.

The God of Mischief is all about fluid sexuality and gender swapping. His kid form was part of YA, and he also has his own ongoing solo-series Loki: Agent of Asgard if you want to check that out.

His real name is David Alleyne. He made his first appearance in New Mutants vol.2 #4. He’s a depowered mutant but retains the combined knowledge of every mind he has encountered up to M-Day which makes him quite powerful.

He came out as bisexual in Young Avengers (seriously, people, start reading the comic book series already) after he kissed Hulkling while being chased by Mother. Loki also made a pass at him but he refused. 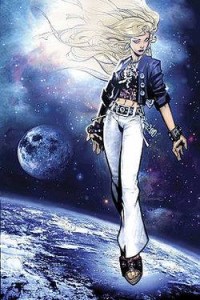 She made her first appearance in Runaways #1 and identifies as a lesbian. She was engaged to Xavin, and is currently dating Julie Powers/Lightspeed.

A Super-Skrull-in-training, Xavin was engaged to Karolina. After Xavin found out that Karolina didn’t feel romantically attracted to men, they changed their gender to female to make her more comfortable. Xavin made their debut in Runaways Vol 2 #7. They also had a quite well-handled conversation with Molly about gender and being true to oneself in Runaways Vol 2 #22.

Julie Powers made her first appearance in Power Pack #1 and went on to become part of the Avengers Academy series. She helped Striker talk about his sexuality and is currently dating Karolina Dean. She identifies as pansexual.

Striker, or Brandon Sharpe, made his debut in Avengers Academy #1. His power of electrokinesis manifested when his manager was about to take advantage of him in a limo. He came out as gay to Julie Powers and admitted that his flings with girls in the past were to make himself and others believe he was straight. 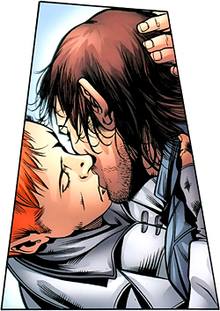 His real name is Julio Richter, and he made his first appearance in X-Factor #17. He was one of the many mutants who lost their powers after M-Day, though he later got them back. He’s in a relationship with Shatterstar. While Richter has had relationships with Wolfsbane and Boom Boom, he identified as openly gay later on.

Gaveedra Seven, or Shatterstar, made his first appearance in New Mutants #99. His sexuality hasn’t been confirmed because even though he shared a kiss with Richter he also talked about discovering other sexual possibilities. He might be bisexual, though. His kiss with Richter is also the first male-male mainstream superhero kiss in Marvel mainstream comic book history.

There are still a lot of queer characters in the Marvel comic book universe and we’ll get to them all, along with the ones in DC comic books, as the series continues.

Feel free to leave your suggestions in the comments section below! Who’s your favorite queer comic book character and why? Let us know.

2 thoughts on “LBGTQ+ Characters in Comic Books: Marvel Part I”