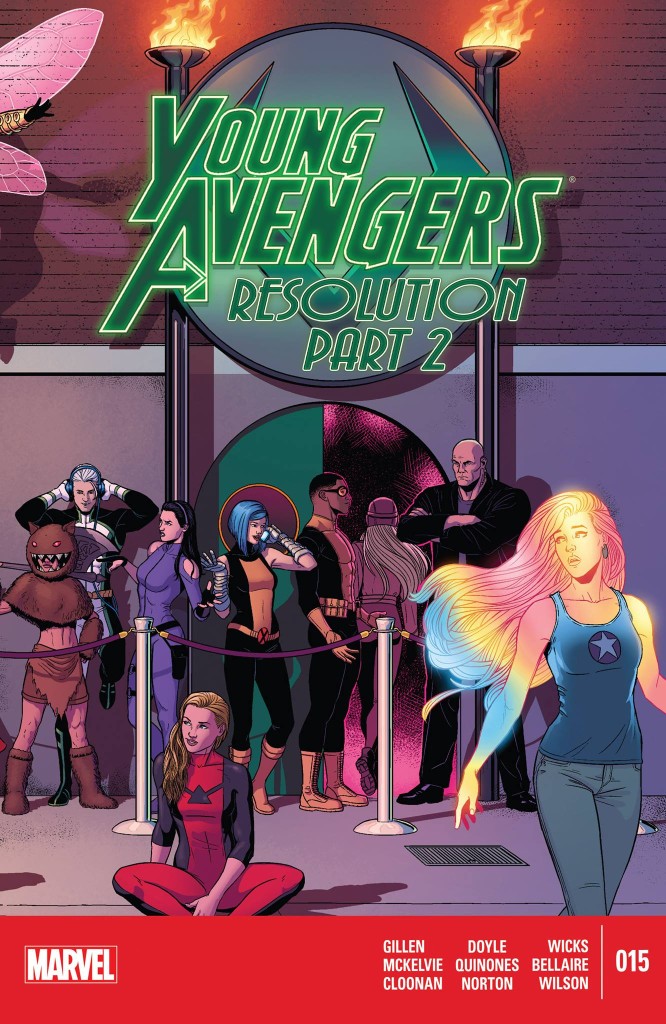 For me, Young Avengers issue 15 did what no other movie, TV show, or comic book has been able to do for teenage LBGT representation. Not only has the series given us all an amazing story, but its greatest success was the fact that the sexual orientations of the characters weren’t the only part that defined them.

The issue came out on 8 January, 2014, and we can now confirm the following: 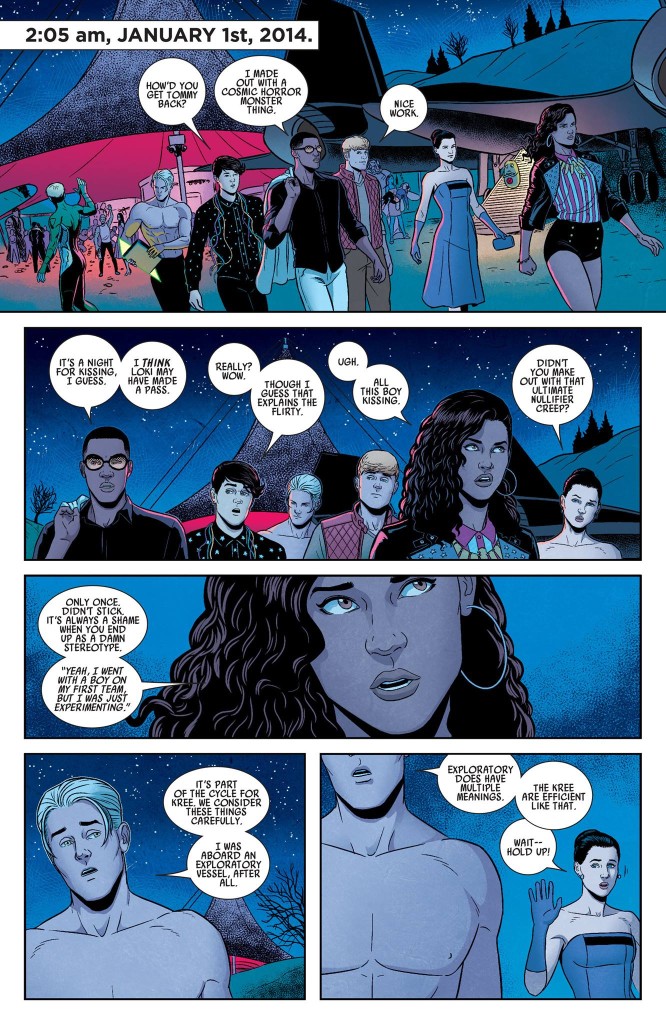 So, there you have it. Young Avengers has become a team of teenage superheroes that’s quite sexually diverse. All of the 15 issues weren’t coming out stories and focused on the greater threat. The sexuality of the characters was mentioned in some panels and the whole topic was presented as something quite normal.

I’m sad the series has been put on hiatus (again!). But reading what the writers had to say in the epilogue of the comic book, I know we’ll see the Young Avengers again soon enough. According to the writers, they didn’t want to drag out the story and would only come back when they have something awesome to share with the readers through the characters. I’m all for waiting for the team to return because I know that when it does it will be something special, just like the 15 issue run that ended this month.

Did you read the new issue? Feel free to share your comments below!