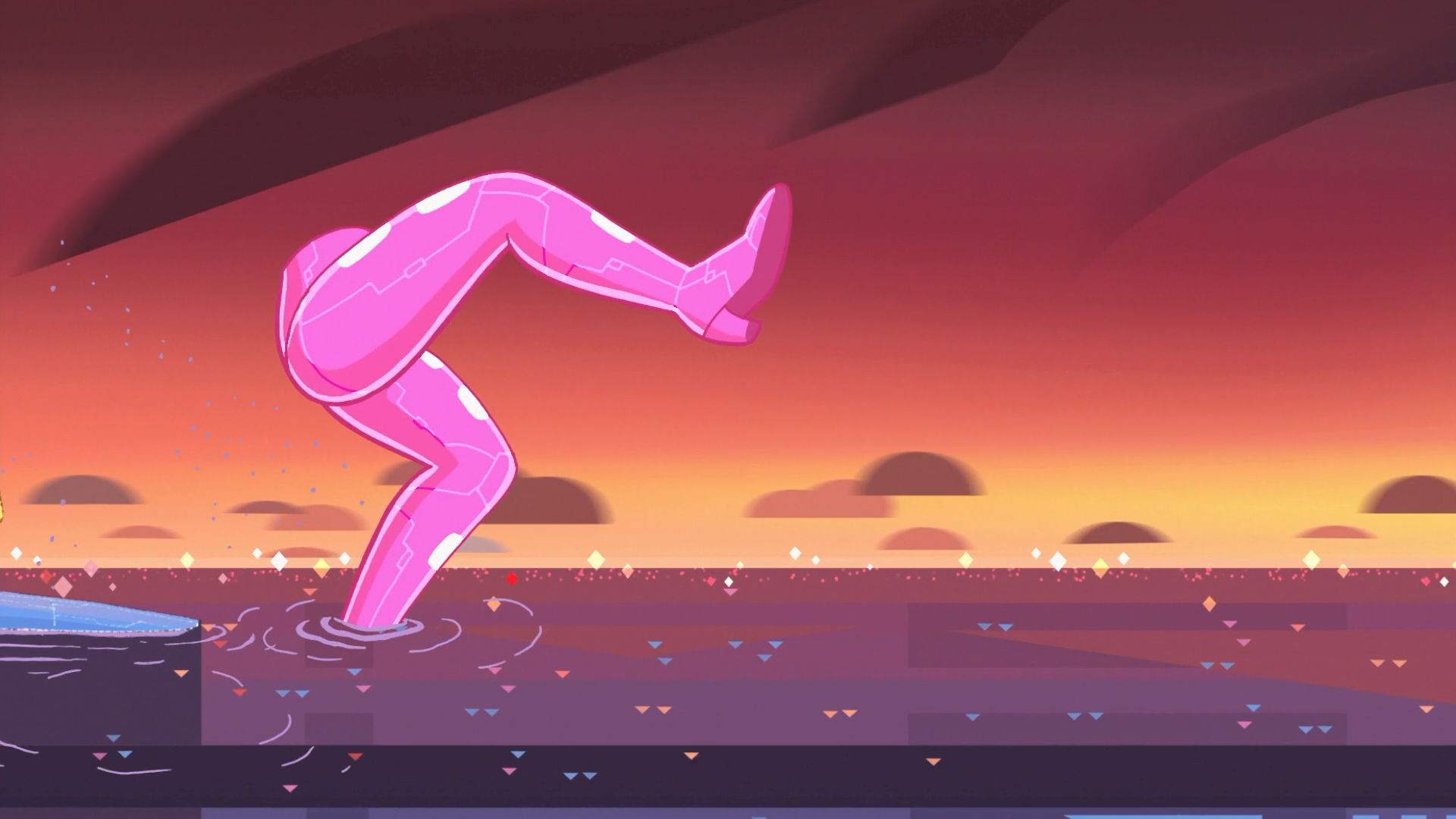 Premiering at San Diego Comic Con and the Cartoon Network app back in July, “Legs From Here to Homeworld” is finally getting its television debut. Diamond Days are here at last!

After crashing, smashing, and trashing Garnet’s wedding, Blue and Yellow Diamond have come around to Steven’s side. Sort of. They still think he’s Pink Diamond, won’t listen to any of his protestations otherwise, and are still all around big giant jerks.

They are not good guys. They are not nice. They have not, in my opinion, shown ANY signs of reform or remorse for all of the things they did to their own people and other species. For crying out loud, they thought they “obliterated” (their words!) the gem population on Earth after the rebellion! The corrupting song from Blue, Yellow, and White was intended to mass murder their own people. Yes, they gave orders to evacuate, but we know gems got left behind, and we know the orders hardly included any Crystal Gems. They lobbed a nuke at an entire planet because they’d rather kill a lot of innocents if it means punishing one assassin.

At least Steven is holding them accountable in “Legs from Here to Homeworld.” After some tear-filled reunion squishes, he takes them straight to Centipeetle. If I’m guessing, it seems like Yellow can heal a corrupted gem’s form, Blue can heal her head, and Steven can heal her heart – but only when they are in direct contact. As soon as they take their hands off Nephrite, she turns back into Centipeetle. 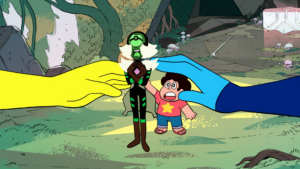 To heal her all the way, the Diamonds suspect they need their fourth: White Diamond. Only problem? She hasn’t left Homeworld in “eons.”

Steven doesn’t hesitate. It’s time to go to Homeworld and entreat White Diamond to heal the corrupted gems on Earth. Pearl’s warnings about how she’s something different than them, than even the other Diamonds, are pushed aside so that Steven can help mend the situation left behind by his mom (and one he no doubt blames himself for, at least a bit).

With Blue and Yellow’s hand ships out of commission after the wedding battle, they suggest finding Pink Diamond’s old leg ship. Steven takes them to his mom’s desert cache, and activates the ship. It’s got a big shiny butt, and I was warmly reminded that Steven Universe is a kids show and butts are hilarious.

They arrive on Homeworld. Blue, Yellow, and Pearl speak darkly of White’s proclivities, and the Diamonds suggest the rest of the group wait while they plead their case with her. Except! White somehow knew they were coming, and set up a bizarre diamond authority insignia-shaped welcoming party, hundreds and hundreds of gems chanting in unison to welcome “Pink Diamond” home.

Steven Universe is no stranger to body horror. When White Pearl appears, there is an immediate, visceral reaction to her shattered face. What happened? Why does she speak with White Diamond’s voice (voice actor Christine Ebersole) and not a Pearl’s (DeeDee Magno-Hall)? Beneath the disturbing visual is something darker: White Pearl’s mind is not her own. She is being controlled by her Diamond, who probably broke her first. Can White Diamond control all Gems? How will Steven being half-human factor in?

The end of “Legs From Here to Homeworld” is a doozy, as we finally meet the biggest, baddest, and brightest gem there is: White Diamond. She is a dazzling eldritch being, the farthest from human we have seen so far in her race. She’s humongous and beautiful and terrifying. She doesn’t listen to a word Steven says, merely asking if “Pink” had “fun” playing “this latest little game of hers.” 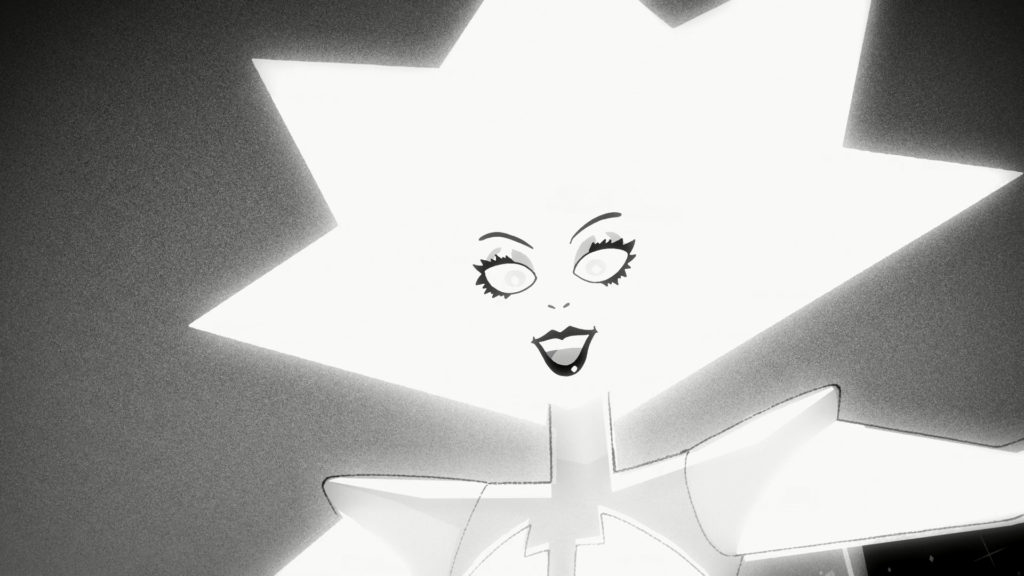 Then she sends Steven off, away from his friends and family, all alone with his thoughts and the burdensome legacy of Pink Diamond.