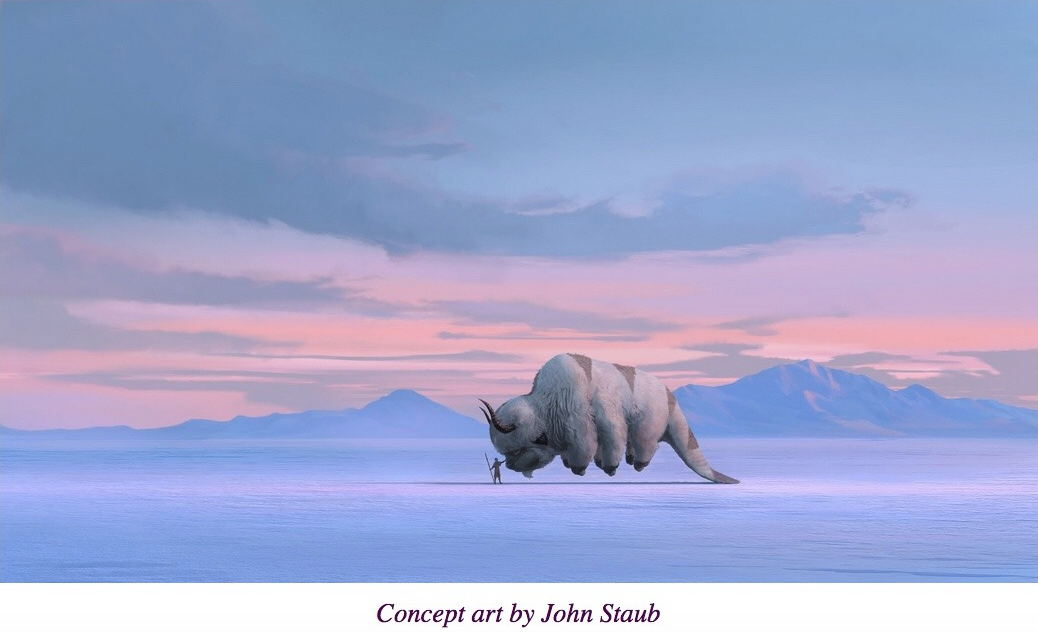 By now, you’ve probably heard the news (unless you live at one of the Air Temples – I bet they don’t get good reception) that Netflix is set to produce a live-action Avatar: The Last Airbender. Reactions are, naturally, mixed.

Obviously, people can’t help but remember the last time there was an attempt at a live-action Avatar: The Last Airbender. We…don’t like to talk about that. In fact, I lied. There has never been a live-action ATLA. This is the first one ever. There is no war in Ba Sing Se.

We don’t need this. Everything doesn’t have to be live action

“Avatar: the Last Airbender” as a live-action Netflix original from the original showrunners?? BEST DAY EVER: https://t.co/lcv5YRrPs5

The good thing about this definitely first-ever live-action ATLA is that Michael Dante DiMartino and Bryan Konietzko, the original creators of the Nickelodeon cartoon, are on board as executive producers and showrunners. They have much less chance of messing up than someone new coming in and bringing their own “vision” to the franchise, and considering that the entirety of ATLA is based on various Asian cultures, it’s kind of an important thing to get right. After all, Netflix doesn’t exactly have a good track record when it comes to this kind of stuff. It wasn’t that long ago that they put out a completely white-washed live-action Death Note.

“We’re thrilled for the opportunity to helm this live-action adaptation of Avatar: The Last Airbender. We can’t wait to realize Aang’s world as cinematically as we always imagined it to be, and with a culturally appropriate, non-whitewashed cast. It’s a once-in-a-lifetime chance to build upon everyone’s great work on the original animated series and go even deeper into the characters, story, action, and world-building. Netflix is wholly dedicated to manifesting our vision for this retelling, and we’re incredibly grateful to be partnering with them.” — Bryan Konietzko & Michael DiMartino

“We are committed to honoring Bryan and Mike’s vision for this retelling and are thrilled to support them on creating a live-action event series, bringing Aang’s epic world of elemental magic to life for global audiences on Netflix,” said Netflix’s Melissa Cobb, VP Kids & Family Content.

Honestly, my reaction to this news is mixed as well. I only got into ATLA last year, when I discovered the entire series was included with Amazon Prime (spoiler alert: it isn’t anymore). Like virtually everyone else on the planet, I loved it. So I’m tentatively excited about a live-action remake (although, really, they should just put the original series on Netflix – “Ember Island Players” was, like, my happy place), especially with the original creators on board. (P.S. Hire a blind actress to play Toph!)

On the other hand, I’m not quite sure why they’re so set on doing ATLA. I think a live-action Legend of Korra would be amazing; we know that there is a lot of stuff (*cough*Korrasami*cough*) that they weren’t allowed to do on Nickelodeon that they could totally flesh out in a Netflix show. The series continued in comics; they could adapt some of those stories. For that matter, the lore of this world is so rich that I can’t understand why they aren’t exploring that further. For example, a new duology of YA books will tell the story of Avatar Kiyoshi – that would probably make an great series.

It’s too early to tell what the new live-action Avatar: The Last Airbender will do. Who knows? If the series does well, they may expand it to include the stories from the comics, or Korra, or something else entirely.