Steven Universe 5×22: Made of Honor 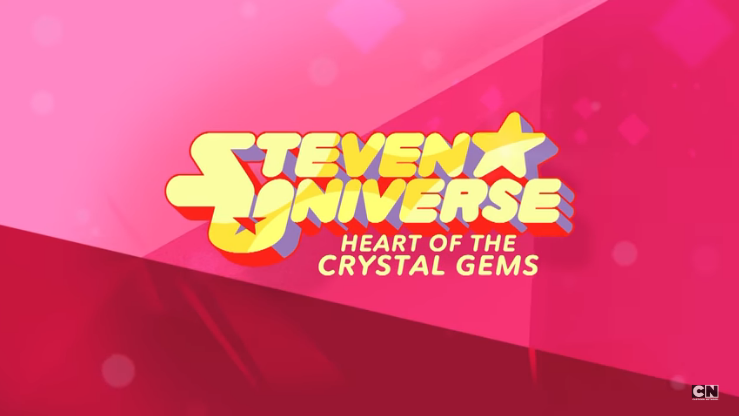 As Garnet’s wedding approaches, Sapphire reminisces about all the lost friends who cannot attend, prompting Steven to face his fears by inviting Bismuth to be ‘Made of Honor’.

The moment I saw Bismuth onscreen two years ago, I fell in love. Everything from her design, to her voice, to her rapport with every other character in Steven Universe. She was boisterous and friendly and warm, and I wanted to be buried in character interactions.

Which was what made the ending of ‘Bismuth‘ so painful. The sheer tragedy of this joyful character brought to suicide, her new friend having thrust the sword she’d forged through her stomach.

That pain became more meta as I read the fandom’s response to the episode, which brought up very good points about the unfortunate implications of the episode. A character coded black and queer, being locked away for being too loud, for going too far in her quest for justice? How was it fair that she be punished, when characters like Peridot and Lapis, who arguably had done worse things in the past, were given second chances?

‘Made of Honor’ addresses all those critiques, and indeed, it seems that was the plan all along. We’ve known since ‘Mindful Education‘ just how complicated Steven’s feelings towards Bismuth are. A mixture of understandable fear and guilt that he let her down. Those emotions are visible as Steven releases the long-lost Crystal Gem. But he admits to her upfront: she was right. Rose’s war strategy didn’t make any sense, and Bismuth deserves to know the full truth.

Bismuth takes the news surprisingly well. Or perhaps, not so surprising. Yes, she’s clearly hurt by the revelations… but it makes sense. The thing which had hurt Bismuth more than anything was the confusion. Why had Rose turned on her so completely? Now, at least, she’s found some peace in the answer.

If there was one critique I’d have for ‘Made of Honor’, though, is that it seems to set aside the question raised in Bismuth’s last appearance– is lethal force ever justified in war? The closest it comes to addressing it is Bismuth’s sarcastic sigh, “And I thought all our problems could be solved if we just shattered a Diamond!” Yet that that was less a rejection of the concept, as much as a simple acknowledgement that the fallout from Pink’s “death” meant that it wasn’t a practical solution. Hopefully this is something which will be revisited in episodes to come.

Despite that quibble, the rest of the episode is truly something which makes me grin ear-to-ear, or at least wrap Bismuth up in a big hug. She’s so gentle with Steven! She’s so heartbroken to hear of Garnet’s falling out! So excited to join in her wedding! (Once she learns what a wedding is, exactly).

But she’s scared, too. Of course she is. Remember, from her personal timeline, only hours ago, she was pleading for Steven to kill her. She preferred death to the possibility that her friends had abandoned her. Which is exactly how she felt when she discovered Garnet and Pearl had no say in her re-release. That they had chosen Steven and Rose over her.

But it’s not that simple, as seen by how happy Bismuth made Garnet and Pearl, how much they respected her. But they had a duty to protect Steven, their child… and clearly, they had an unhealthy mindset where neither of them were willing to doubt any of Rose Quartz’s decisions.

Perhaps, once the truth about Pink Diamond came out, Pearl and Garnet should have suggested releasing Bismuth themselves. They didn’t… but the first thing they do when reunited with her (after hugging), is apologize. The final reveal that Bismuth forged the brides’ wedding rings is the cherry on top of the delicious cake that is ‘Made of Honor’.

Previous:“Seeds” Is an Upcoming Game That Helps You Make the World Greener!
Next: Why Scarlett Johansson Wanting to Play a Trans Man in ‘Rub & Tug’ Is Wrong