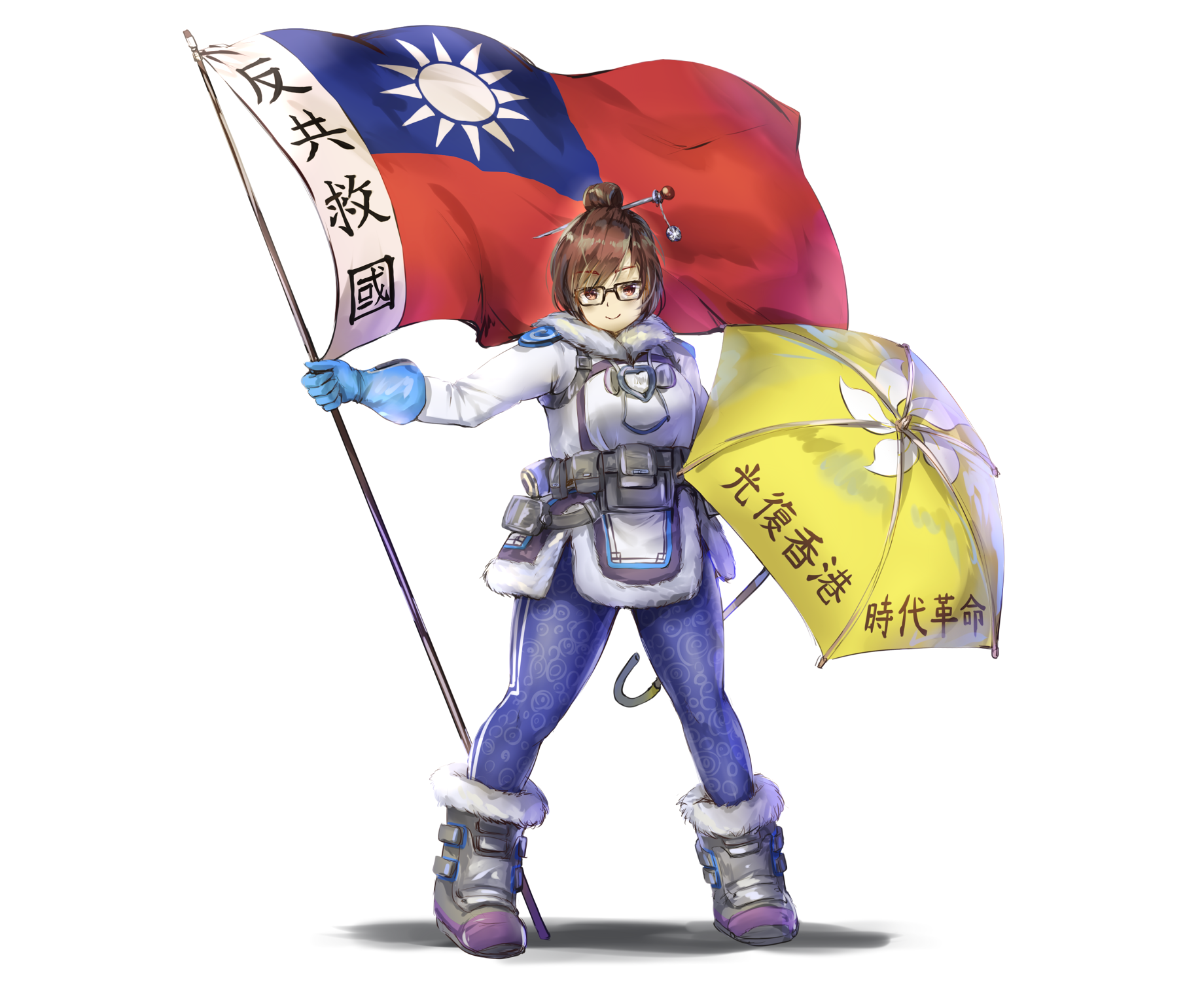 A lot has happened the past couple days since we reported on Blizzard’s decision to suspend a Hong Kong based Hearthstone pro player for making pro-Hong Kong protester comments. The most interesting update is that Overwatch’s Mei has now become a symbol for the movement. 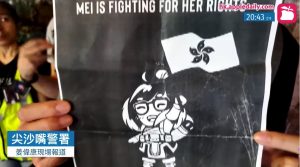 When Blizzard suspended Blitzchung from tournaments for one year and took away his Grandmaster prize money as punishment for his pro-Hong Kong democracy statements, gamers immediately began pushing back. ‘Boycott Blizzard’ trended on Twitter for the better part of a day and the front page of Reddit was swamped with posts about the whole ordeal. And, as I suspected, gamers are going all-in on this and aren’t backing down. Because that’s what gamers do.

Mei, a character from the popular Blizzard game Overwatch, has been turned into a symbol of the movement by pro-Hong Kong gamers. This effort seems to be aimed at both sending a message directly to Blizzard, but also to possibly get the game banned in mainland China due to the association with the protests. Fan artists and cosplayers have been pushing out incredible work the past few days, and protesters on the ground have printed out fliers with her likeness to bring the symbol right into the heart of the action on the ground. Her status as a symbol of the movement solidified in less than two days.

This strategy just might work. China has censored images of Winnie the Pooh because meme lords on the Internet used the character to meme President Xi Jinping. They also banned Peppa Pig because she “promotes gangster attitudes.” Yep. Peppa Pig. Seriously. They’re incredibly quick to censor anything that can ‘disrupt’ their incredibly tight hold on their citizens, so I wouldn’t be at all surprised if Overwatch gets banned along with Pooh and Peppa.

If that happens, Blizzard’s main reason for choosing to punish those who express pro-Hong Kong sentiments – that is, that sweet sweet cash flow from China – will be kind of a moot point. Sure, they have other games they can push there, but Overwatch is huge and nothing is stopping gamers from doing the same thing with the next game until everything is banned. However, even if Chinese citizens can’t access the games, Tencent still has a financial stake in the company, so who knows if that effort will pan out in the long run.

There’s been more push back from the Overwatch community outside of the Mei development, too. A coach for the Overwatch League also made pro-Hong Kong protester tweets that criticized Blizzard’s censorship. He was forced to delete the tweet, though most sources reporting on the incident haven’t been able to clarify who ordered him to take it down. When questioned by other outlets, the coach has declined to comment further on the situation.

I admire his bravery for speaking up in the first place, and understand having to backtrack out of fear for his career. It’s unfortunate, but I get it. Going toe to toe with a major corporation is a pretty frightening thing to do. Props to him for even trying, though.

Protesting Blizzard employees from multiple departments gathered at an iconic statue of an Orc warrior charging into battle in the center of the company’s main campus in Irvine, California, starting around 10 a.m. Pacific Time. The demonstration’s numbers fluctuated throughout the day, the two employees said, ranging from a dozen to 30, and the protesters departed sometime in the late afternoon. The protesters would have been visible to executive offices, which overlook the main plaza, the two employees said.

Not everyone at Blizzard agrees with what happened.

Both the “Think Globally” and “Every Voice Matters” values have been covered up by incensed employees this morning. pic.twitter.com/I7nAYUes6Q

Bringing this back around to the Hearthstone community, which is where gamers initially entered the whole ordeal, a team from the American University used their moment to support the movement, holding up signs during the live stream that read “Free Hong Kong, Boycott Blizz.”  The Twitch stream immediately cut away from the team to focus on the hosts and the winners of the match. Though the team hasn’t been officially suspended by Blizzard or Tespa (the organization that helps coordinate collegiate esports) for their actions, they have since decided to forfeit and refuse to participate in further matches.

And then we have the World of Warcraft community, which is one of the most well known and long-enduring Blizzard properties. One of the most notable acts of protest comes from former Blizzard developer Mark Kern, who has deleted his World of Warcraft account in response to Blizzard’s decision.  Kern was a team lead on World of Warcraft and pushed for the game’s relaunch, so deleting his WoW account isn’t a casual bit of armchair activism. It speaks volumes to his conviction on the issue. This game was a huge part of his life and career.

As a result of the enormous amount of push back over the censorship, Activation Blizzard’s stocks have dipped. Considering the corporation clearly values cash over taking any sort of moral stance, this may move the needle more than the gamer outcry. It’s a sad fact, but that’s corporate culture for you. It’s about the cash and always has been.

While I feel bad for the employees that clearly support the cause, I do hope that the company as a whole sinks due to their censorship. The gaming industry is highly competitive, though, so my heart goes out to Blizzard employees who may find themselves caught in the middle of it all and potentially become unemployed if the whole company goes down in flames.

On the flip side of things, the creators of Fortnite have promised to support players that speak out on the issue. So there’s at least one game company who has chosen to take a moral stand instead of bending over backwards to please China. But I’m already partial to Epic Games because they brought me Untitled Goose Game. I was biased to begin with, but now I love them even more.

Blizzard’s gaming convention, Blizzcon, is just three weeks away, and I suspect it’s going to have an unusual atmosphere this year. I have no doubt that the pro-Hong Kong messaging will work its way into the convention somehow, whether it’s a sea of protest Mei cosplay or an actual organized protest presence. With how rapidly the situation has escalated in the past two days, I suspect there will be a lot more news over the next three weeks regarding both Blizzard’s plan to handle the situation, and attendees planning to make their voices heard.