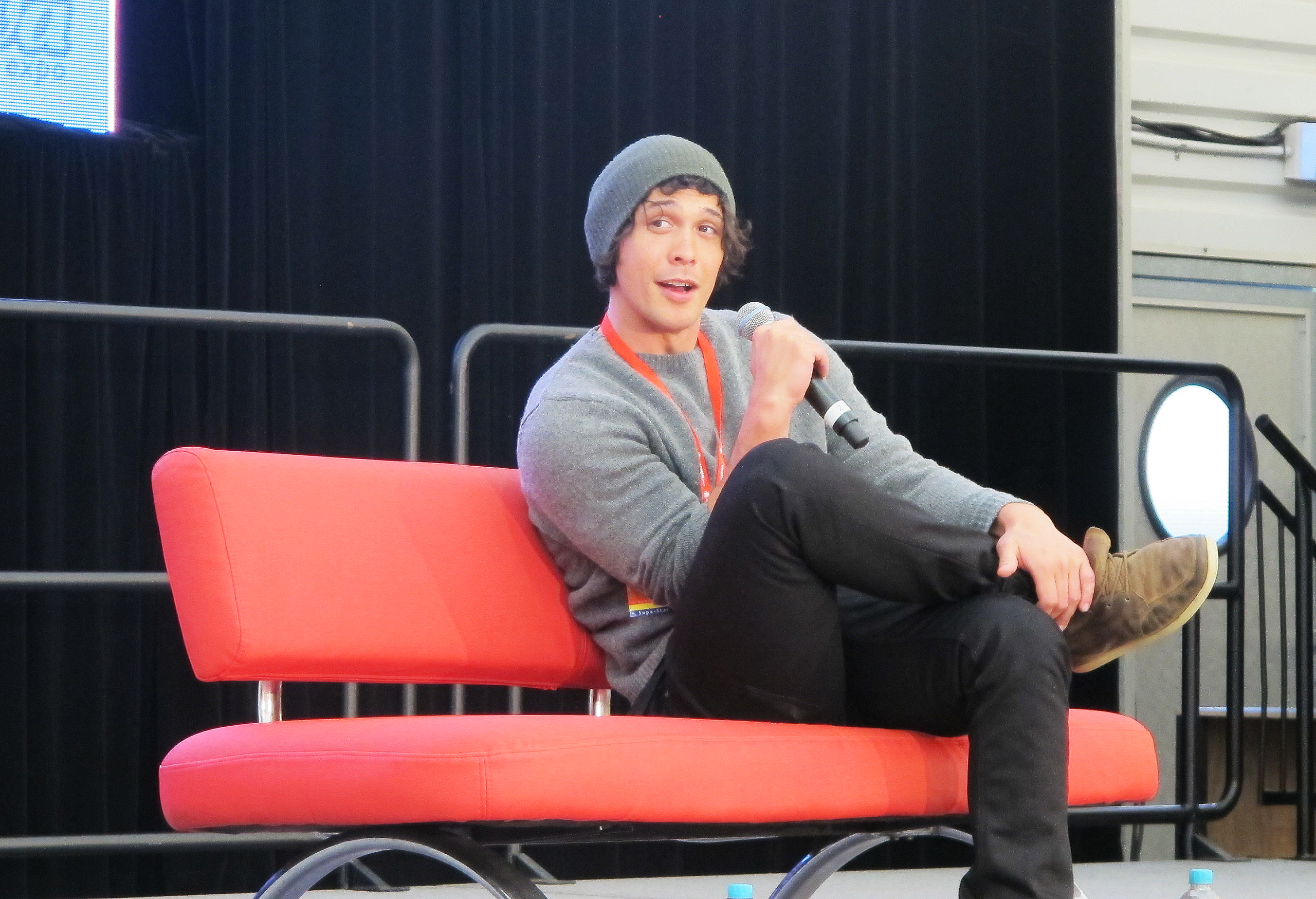 He was a last minute addition to the Melbourne Supanova guest list, but Bob Morley certainly wasn’t the least anything. While I have yet to watch The 100, much to the disappointment of many Geekiary staff members, I knew that the show was popular with our readers so I made sure to attend Bob Morley’s panel on Saturday April 11. Besides, he used to be on the Australian soap opera Home & Away, and I live a couple of beaches up from where they shoot that so we’re basically Neighbours.

In case you were worried, I can tell you that Bob is VERY good-looking in person. He’s also really laid back and incredibly personable. He seems like a chill dude to hang out with, even if he’s not quite hip to the fandom ideology yet. As I said earlier, I haven’t seen The 100 – it’s on my list, I promise – so I didn’t really get the context for a lot of what he was was saying, but it was still super enjoyable. I’ve done my best to compile what I thought were the most important parts of the panel, but if I get something wrong try to remember that I’m a novice when it comes to all things The 100. 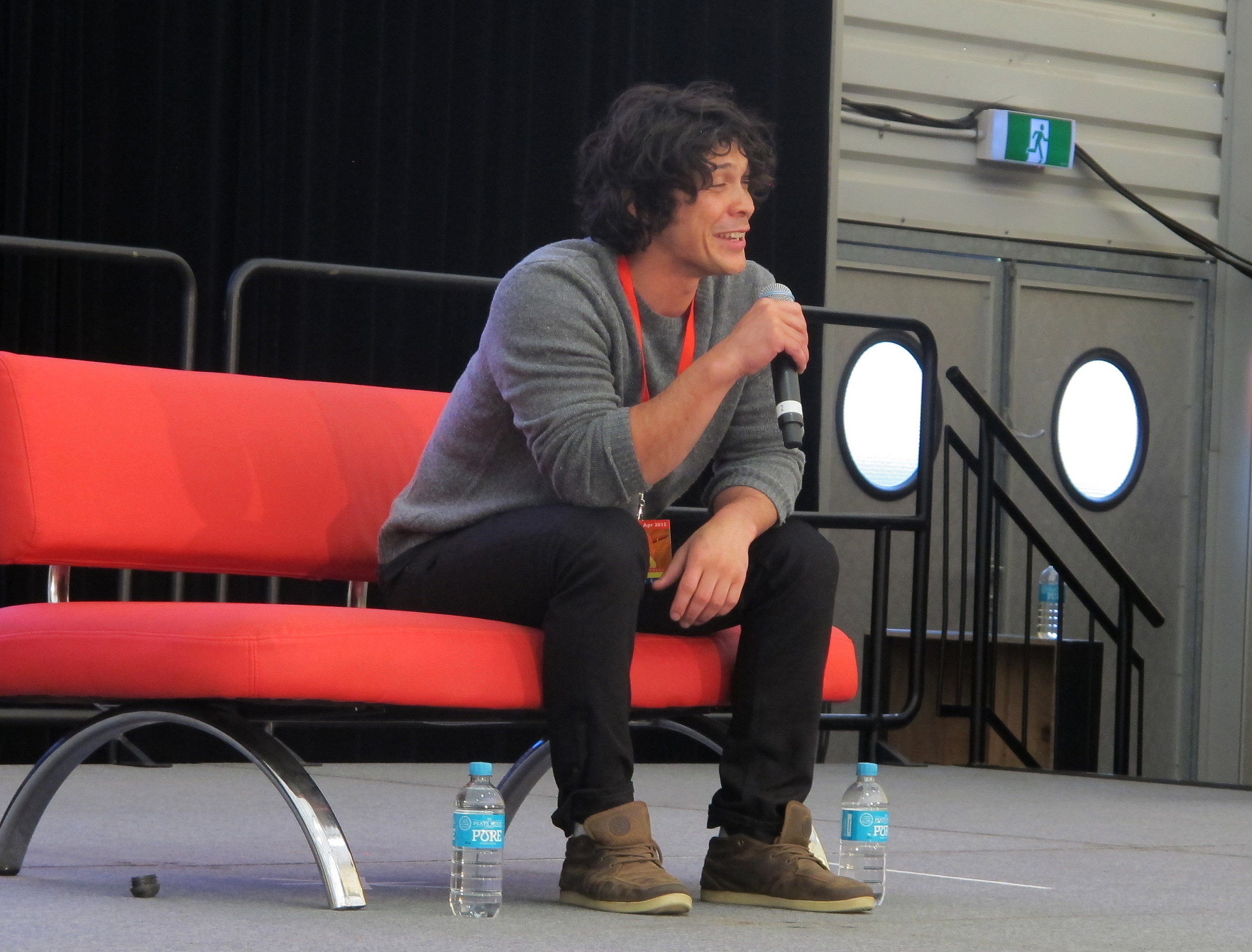 He is currently back home for the holidays because they’re in the hiatus between shooting Season 2 and 3. He doesn’t know who will be back for Season 3 because none of them knew Finn (Thomas McDonell) was going to die, so he doesn’t think anyone is safe but “hopefully everyone comes back in Season 3”. Not very reassuring, but kind of exciting!

“Hopefully everyone comes back in Season 3”.

He initially went to university to study engineering before moving on to acting. Well, he tried his hand at writing, but he couldn’t get anyone to act in his plays so he started acting himself.

During auditions he had the choice between Bellamy and Finn and he went with Bellamy. He has been told that what he did with the character changed Bellamy a lot and the reason Bellamy has such a deep voice is because he had a cold when they shot the pilot.

“I happened to have a cold, which is why his voice is so deep.”

The cast tried to work out a tally as to who has the most blood on their hands, and he thinks Bellamy is winning because he’s sitting at around 1200.

When asked about Bellamy/Clarke shippers, he joked that he didn’t want to piss them off but then added that he thinks that kind of enthusiasm and passion is great.

“They’re really strong… they’re kind of a strong army and I don’t want to piss them off.”

The closest thing he had to sci-fi growing up was Sliders. He says he’s lucky because most of Bellamy’s actions are very primal, but when they get into the science stuff he’s a bit out of his depth.

“It’s a really strong genre, and it’s amazing to see all the fans come out and support it.”

As for who he ships Bellamy with? He doesn’t want to put him into one and piss anyone off. But honestly, he doesn’t think Bellamy is really thinking about romance at the moment.

“I think he’s got a really distorted view of what relationships are.”

“I’m not going to put him in a ship because I’ll probably get in trouble.”

He talked about how it’s a physically demanding role that gets a bit much sometimes. He was doing one scene where he had to sprint before a fight sequence and it took about 3 days to shoot. Three days of sprinting and at the end they tried to get him to do a fight scene. The stunt coordinator or was like “you’re gonna do a front kick to this guy’s face and I’m like I can’t even lift my leg up so I think it’s going to be a punch.”

In the first season he lived with Devon (Bostick, aka Jasper). They “started writing a web series for our characters, and Jasper would sit there with a cup of tea and everyone would come in… it’s like a talk show.” They wanted it to be web content for the show but it got vetoed.

@Poet_N_Progress @TheGeekiary I have that shit on video. Our boss didn’t like the idea tho… (However it’s edited & @wildpipm is hilarious)

He read the first book… “It was interesting.” There’s a lot more romance than he usually goes for, and he’s glad that Bellamy has become what he is on the show.

What would he change about Bellamy? He likes that he’s quite flawed. He wouldn’t want to make him any better, he would want him to make more mistakes. It’s nice when he’s trying to redeem himself.

Why did Bellamy let Clarke go? Why didn’t he go with her? “I think Bellamy let her go because he couldn’t stop her basically.” There’s enough respect there that if one decides they’ve had enough then that’s okay. That’s what friendship is.

“I think Bellamy is a stronger person than I am because I struggle with the idea of just letting her leave because I think he’s going through just as much grief.”

Also his fave character is Monty (Christopher Larkin), he loves the fight sequences, he supports Collingwood Football Club, and if he used one song to describe Bellamy it would be “Grudge” by Tool. 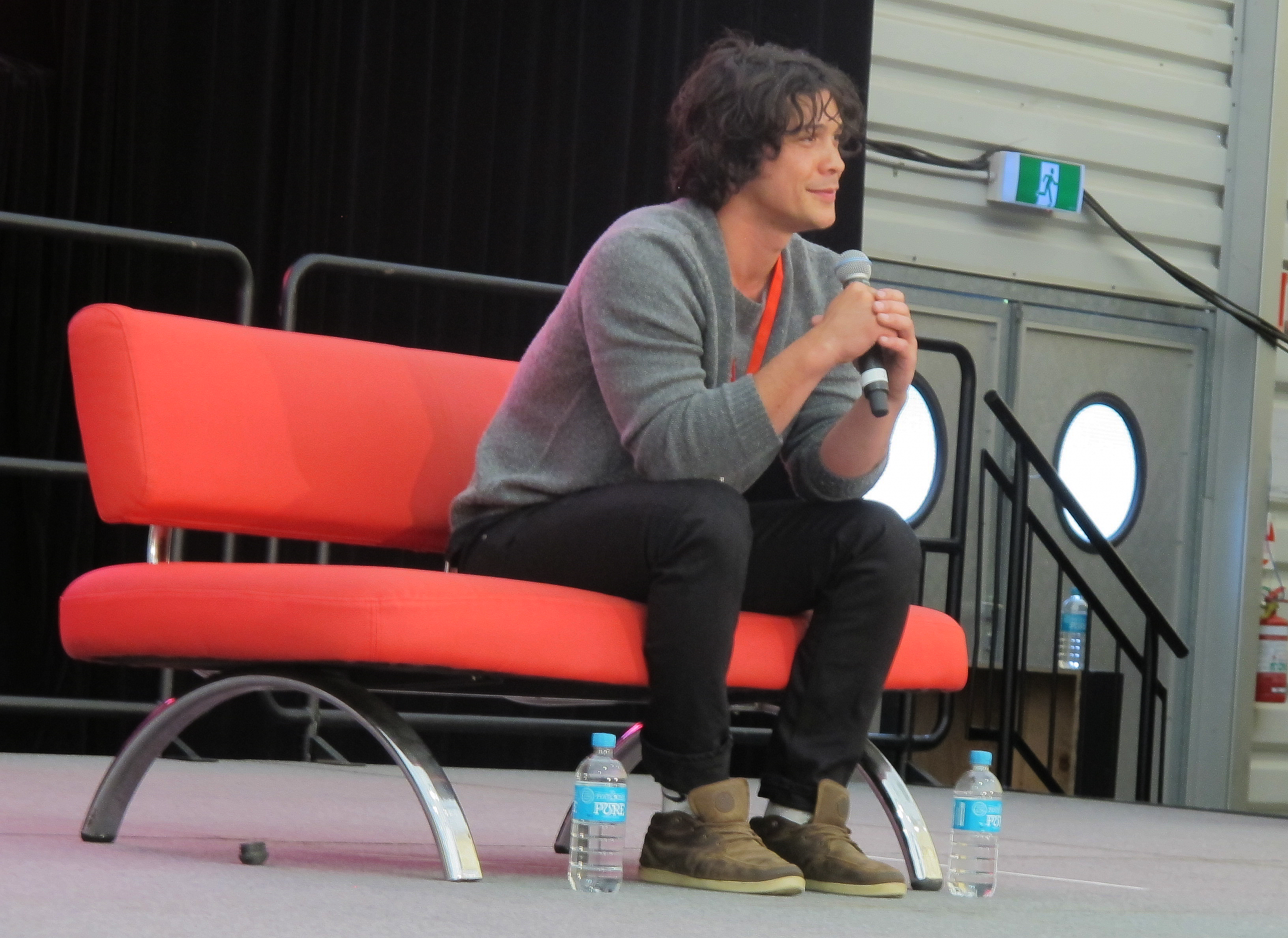