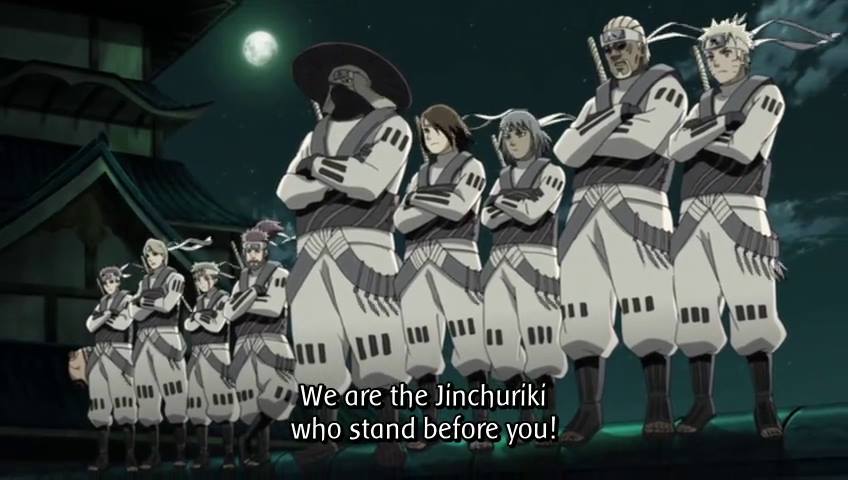 After showing Tenten’s dream world in Naruto Shippuden, the anime focused on Killer Bee and the world he wanted to live in. Being a Jinchuriki, Killer Bee has always wanted to connect with people around him, and it was fun seeing him try and make a team consisting of all the Jinchurikis to bring down the Akatsuki.

Killer Bee’s dream world had nothing to do with reality, though. All of the tailed-beasts Jinchurikis were alive in Bee’s dream, and a single fist bump was enough to make them join his mission to fight the Akatsuki. Fans never got to know much about the tailed-beasts and their Jinchurikis in the manga, and I was glad the current filler was able to flesh out these characters more. I felt mixed emotions ranging from sadness and excitement seeing characters I knew were dead in canon during the filler protect the world.

Similar to Bee’s personality, there was a lot of humor in the episodes. He teamed up with the two-tails Jinchuriki to break out Gaara and then went to free Naruto. I was not expecting Naruto to be jailed up by Tsunade. Did Bee think that all the villages imprisoned their Jinchurikis? Even though Naruto was treated as an outcast after the Nine-tails attack, he was never put behind bars in canon. I guess the writers wanted to create a scenario that gave rise to a number of humorous scenes involving Tsunade.

I also liked the unique take regarding the tailed-beasts. In canon, the creatures are inside their vessels and communicate with their respective Jinchurikis telepathically. In the filler, the tailed-beasts were able to appear on the Jinchuriki’s shoulders. They looked like small Pokémon to me. 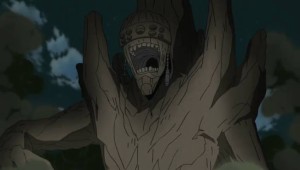 The fight at the end of the episode wasn’t as action-packed as I expected. I wanted to see the Jinchurikis take on the whole Akatsuki; but that didn’t happen, and the only villains we got were Deidara and Sasori. The villains also used the Gedo Statue, which was easily defeated by the good guys. The story also didn’t reveal who the princess in the castle was. Why were the Jinchurikis so determined to protect her?

The last scene of the filler was similar to the one we saw in Tenten’s episode. The way the scene was shot paired with scary music was enough to give me chills.

Now that Killer Bee’s dream world has been dealt with, I am looking forward to seeing what the other characters thought a perfect life meant. After seeing such filler, I wish Sakura was also trapped under the genjutsu in the manga and fans got to see her break out of it to help Naruto and Sasuke take down Madara.

What did you think of Naruto Shippuden this week? Did you enjoy Killer Bee’s mission? Let us know!