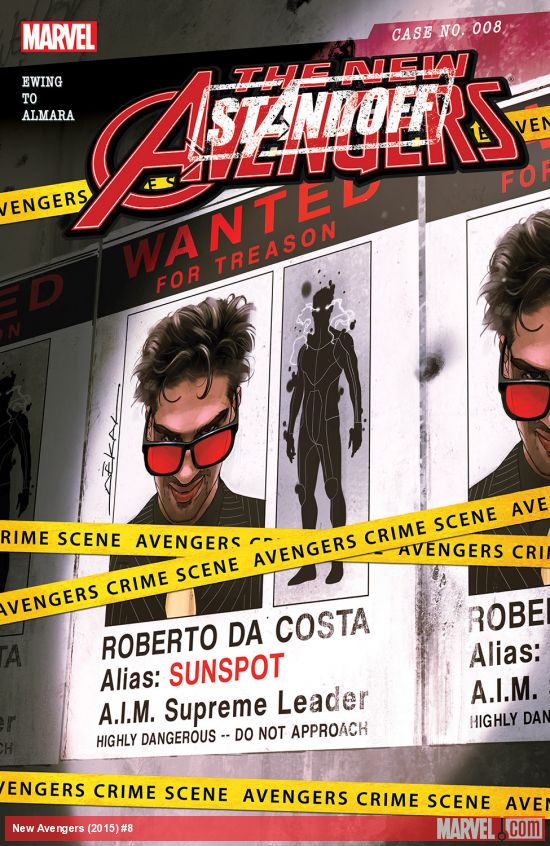 Issue #8 of the New Avengers started the three-part All-New, All-Different Marvel Standoff tie-in for the young heroes in ‘Of Course, You Realize’. Loyalties were tested and the identity of the mole was finally revealed!

A lot of things have been kept secret regarding the New Avengers ever since the series debut. Writer Al Ewing didn’t explain how the team was formed. All readers were told was that the mutant Sunspot, Roberto da Costa, was the owner of A.I.M and the leader of the New Avengers. How he got Wiccan, Hulkling, Squirrel Girl, and the rest to join the team was never explained. 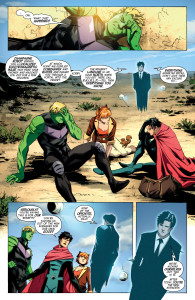 With the Standoff tie-in arc ‘Of Course, You Realize’, Ewing has slowly started to answer some questions. Tensions are high between S.H.I.E.L.D and the New Avengers, and the fact that Roberto decided to break out one of their prisoners will definitely not help matters. The thing I liked about Roberto was how he took a vote regarding what his team should do after receiving a message from Rick Jones/The Whisperer, who knows the secrets behind Pleasantville.

Wiccan, Hulkling and Squirrel Girl understandably wanted to talk things out and come to a mutual agreement. It would have felt out of character if those three had sided with the rest of their team members. What I couldn’t understand was Roberto making them the only three members of the New Avengers from now on. Are Roberto and the rest not part of the New Avengers anymore? Have they become A.I.M? Roberto clearly has secrets of his own, and I want to know more about his motivation behind making a team consisting of young superheroes.

One of the best things about ‘Of Course, You Realize’ was the art. Marcus To did a good job with the character designs. His work was far better than the buffed-up anime style characters Gerardo Sandoval drew. Marcus also offered readers some impressive action panels that showed Songbird, Pod, Power Man and White Tiger battling against the Agents of S.H.I.E.L.D.

In the end, Roberto’s team succeeded in freeing Rick Jones; however, the identity of the mole in their organization was also revealed. I don’t know if we are supposed to trust the reveal just yet. It could be something that was done in order to confuse the readers. Let’s see what happens next!

Some thoughts and questions!

Have you read New Avengers #8 ‘Of Course, You Realize’ yet? What are Roberto’s plans? Who are the real bad guys? Let us know!

One thought on “New Avengers #8 Review: ‘Of Course, You Realize’”