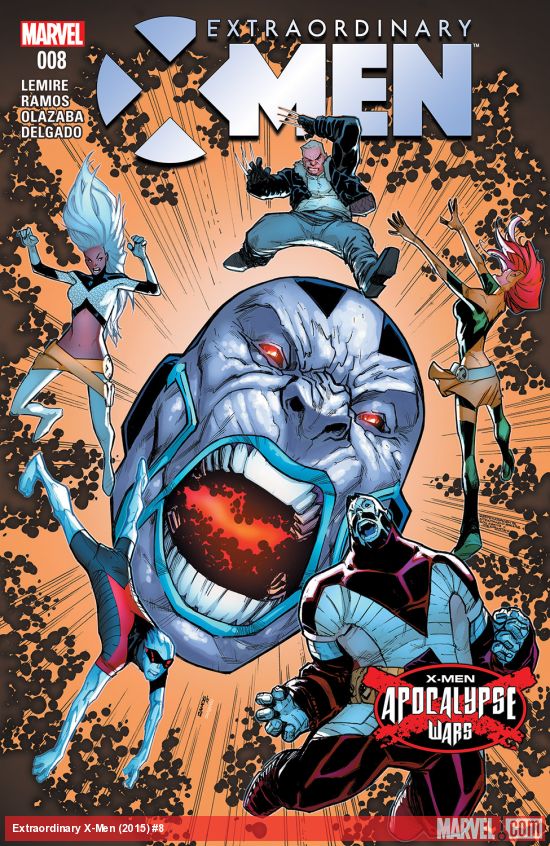 Extraordinary X-Men issue 8 starts the mutant-centric Apocalypse Wars crossover in ‘Omega World’ but I’m not sure if it’ll be any good.

‘Omega World’ starts a whole new arc for the mutants who are trying to survive extinction in All-New, All-Different Marvel. One of the things that I liked about the issue was how it started in a manner similar to the debut of the series. Storm is having a very difficult time protecting mutants all around the world from the Terrigen Mist and being massacred by angry mobs. She is definitely feelings the pressure on her shoulders but she can’t let anyone see her being uncertain about her capabilities as a leader. I enjoyed her interaction with Logan. She let her guard down in front of him and he made her realize that there is always hope. Those two have a strong bond forged over the years of working together and I love seeing them support each other. 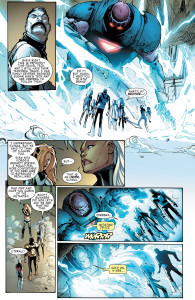 Jeff Lemire knows how to write character drama and he has been doing just that with the current roster of X-Men. I wouldn’t mind reading an issue that only has various mutants talking to each other. There’s so much that can be done with respect to the emotional turmoil the mutants are facing due to their imminent extinction in the series. That is why I’m not sure if starting a crossover is going to do this title any favors. We have seen the X-Men go against Apocalypse numerous times over the years. What will make Apocalypse Wars stand out from what we have already read?

Right now it feels like a rehash of storylines X-Men fans are familiar with. A group of X-Men are sent into the future where they undergo years of changes even though they were gone for a few minutes from the present timeline. Another group of X-Men arrives to help but find themselves in a world that is under Apocalypse’s control. I’m really hoping that Apocalypse Wars gives readers something that justifies such a crossover in the upcoming issues. Humberto Ramos’ art also didn’t do the issue any favors. His facial work and character designs are too exaggerated.

While I did not enjoy ‘Omega World’ as much as I expected to, the issue also had another story titled ‘Strange Magik.’ One of my favorite artists Victor Ibanez returned and his art helped bring the story to life. ‘Strange Magik’ showed Magik meeting up with Doctor Strange in order to help the new mutant Sapna. We got to learn about Sapna’s powers, how X-Haven was created, and a dangerous threat that is coming for Magik. Now that is a story I wouldn’t mind reading more of.

What did you think of Extraordinary X-Men #8? What will Apocalypse Wars offer readers? Let us know!