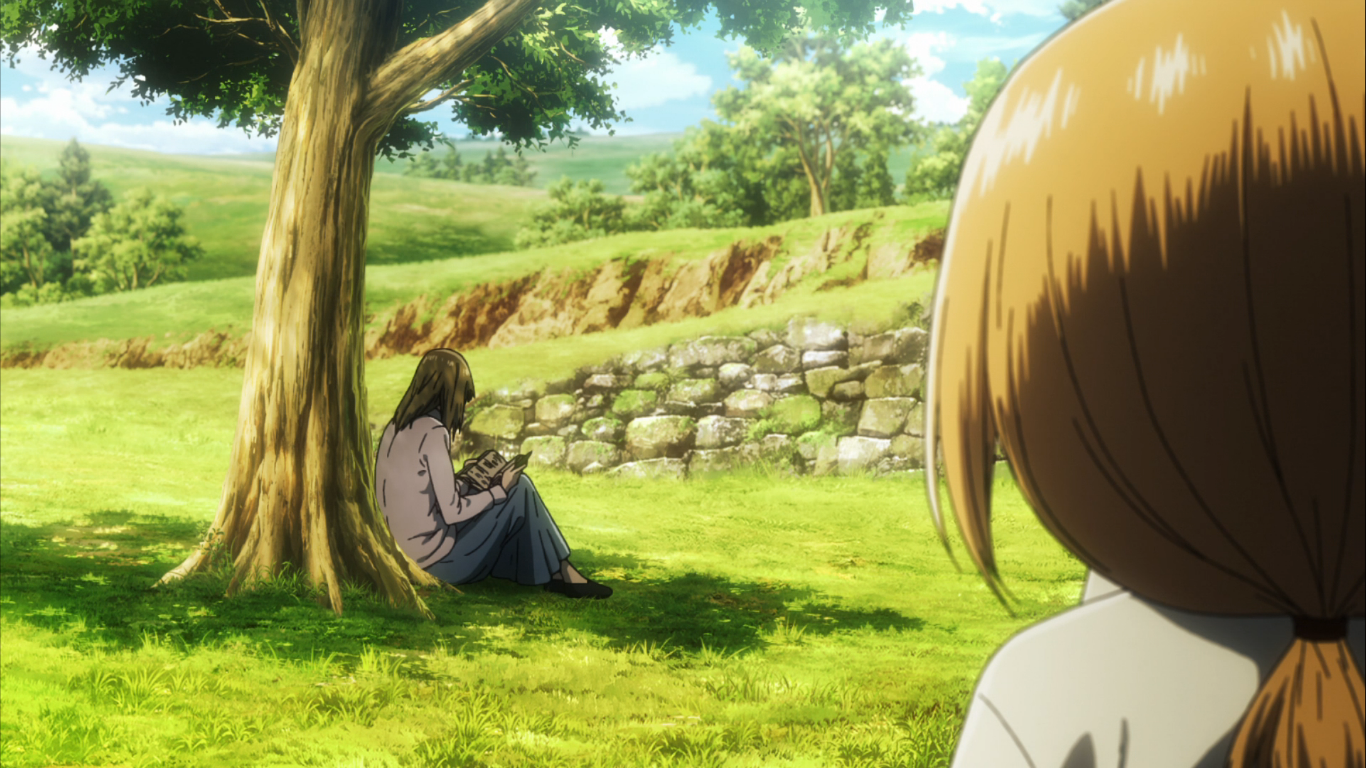 As you could probably tell from the title, “Old Story” focused on two very important flashbacks, which helped flesh out the politics of this world in a way that’s only been hinted at so far in this anime.

In last week’s episode, Sannes detailed to Hange about all of the killings that the Military Police had committed in order to keep the peace behind the walls. He mentions three in particular: a teacher who knew too much, a “whore” from some ranch, and a couple who tried to escape via balloon. In “Old Story”, we learn about two of these events. The “whore” was Historia’s mother; the teacher was Erwin’s father. (It makes me wonder if the couple in the balloon will end up being significant later.)

Things are starting to come together with this knowledge. Erwin’s father knew that the history they were taught was a lie. He passed that information onto his son, and they killed him for it. Erwin joined the Scout Regiment to learn the truth and avenge his father’s memory. Meanwhile, Historia’s mother was killed for the simple reason that she had the misfortune to get pregnant by the rightful ruler of the kingdom. I mean, she was 100% a terrible mother, but she didn’t deserve to die because of it. Historia was given a new name and spirited away… and then she joined the Scout Regiment, which I like to think was a giant f-you to her scumbag of a father. 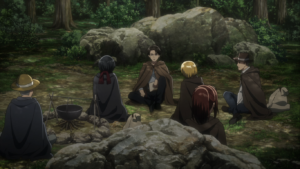 “Old Story” moves the current story along nicely. I’m a fan of the pacing so far this season, as we’re only three episodes in to a 24-episode season and already so much has happened. Erwin has been arrested and framed for murder, and the Scouts are all being rounded up and imprisoned. It seems as though Arwin’s declaration last week that they were all criminals now was more prophetic than he realized. Our intrepid gang of heroes seem to be the only ones left to take down the entire, corrupt government.

Hange detailed her theory about how a Titan eating a Titan-shifter makes the Titan revert to its human form. This is something I already knew but can’t remember how I found that out, so I’m going to assume it’s the first time this has actually been mentioned in the anime. If they want to control Eren’s Coordinate power, then they must have a Titan on hand. Annie, perhaps?

Erwin cemented his status as badass mofo in “Old Story”, calmly accepting being framed for murder and somehow managing to shade his accusers while doing so. The way he promised Dimo’s widow that he would avenge his death was a whole new level of cool. I’m liking that the season looks like it will be focused on both Erwin and Levi, especially considering how little Levi was in season 2.

What did you guys think of “Old Story”?