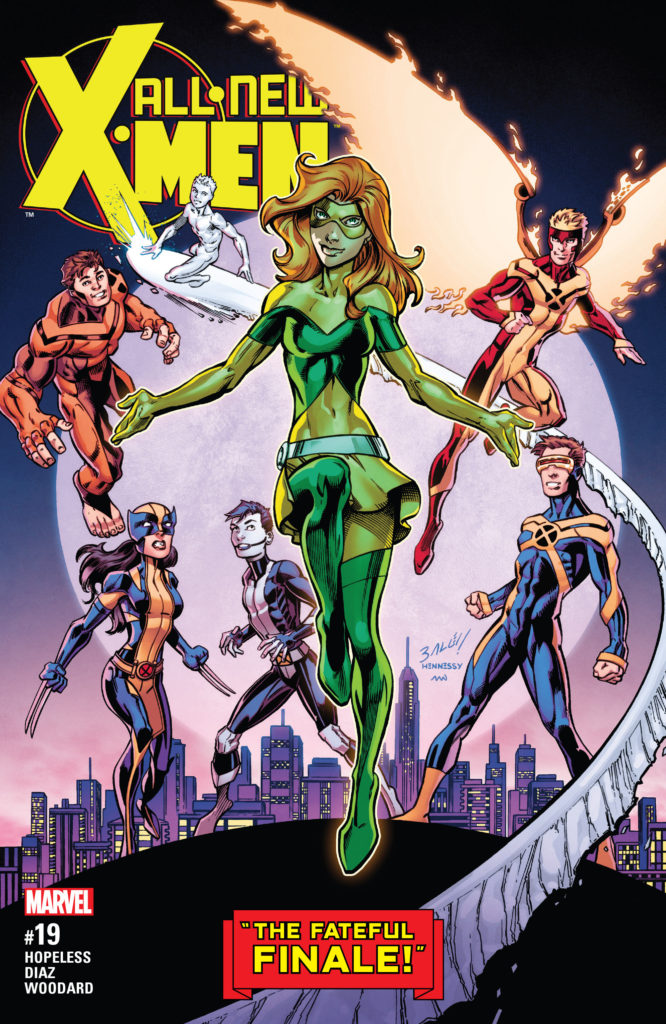 Marvel finally decided to reveal why the time-displaced original X-Men can’t go back to the past and yes, it is kind of stupid.

Since the Battle of the Atom fans have been waiting to see when the originals would return. However, that didn’t happen. We saw the teenagers develop over the years. Scott got a solo-series and ended up becoming a member of the Champions. A young Bobby Drake came out as gay. A young Beast picked up magic, and Angel turned into an Omega-level being. Jean will be leading the team in the upcoming X-Men: Blue series. She’ll also have her own solo-series. All in all, the young X-Men have found a place for themselves in the present.

In All-New X-Men Issue 19 the young Beast used magic to take his team into the past, with only Scott being eager to return. In a few panels, writer Dennis Hopeless revealed why the teenagers can’t return. 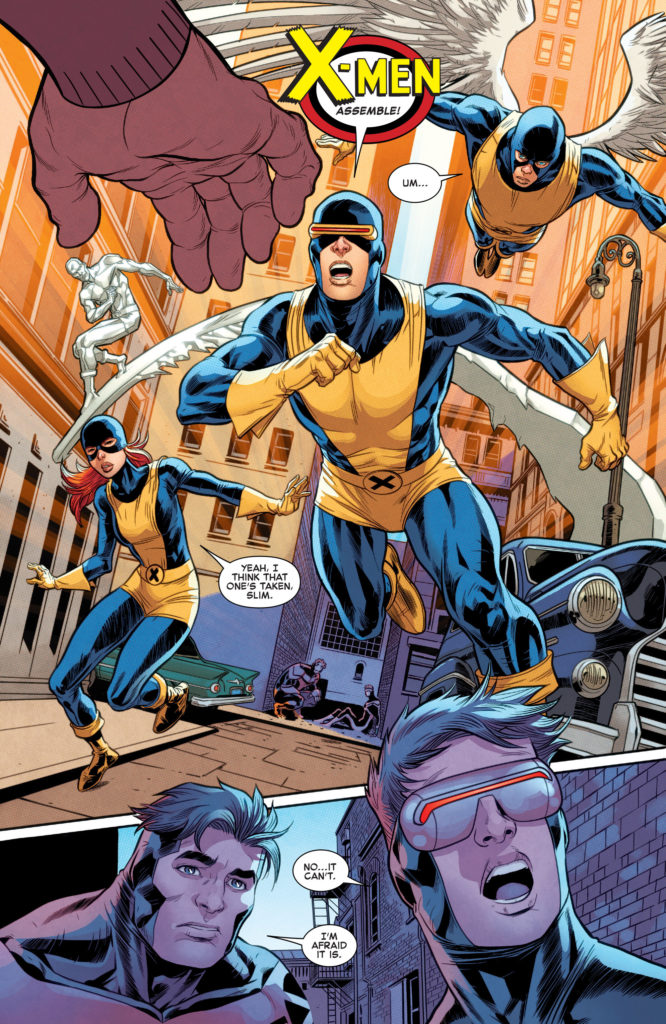 Turns out that the past of the timeline they’re already in still has the original X-Men. So, what does it mean? Frankly, it could mean a lot of things considering how convoluted the X-Men franchise is.

Sigh! Whether you like the young X-Men or not one thing is for sure and that’s that they’re here to stay.

What do you think of the original X-Men from the past being from a different timeline? Have you read All-New X-Men Issue 19? Let us know.