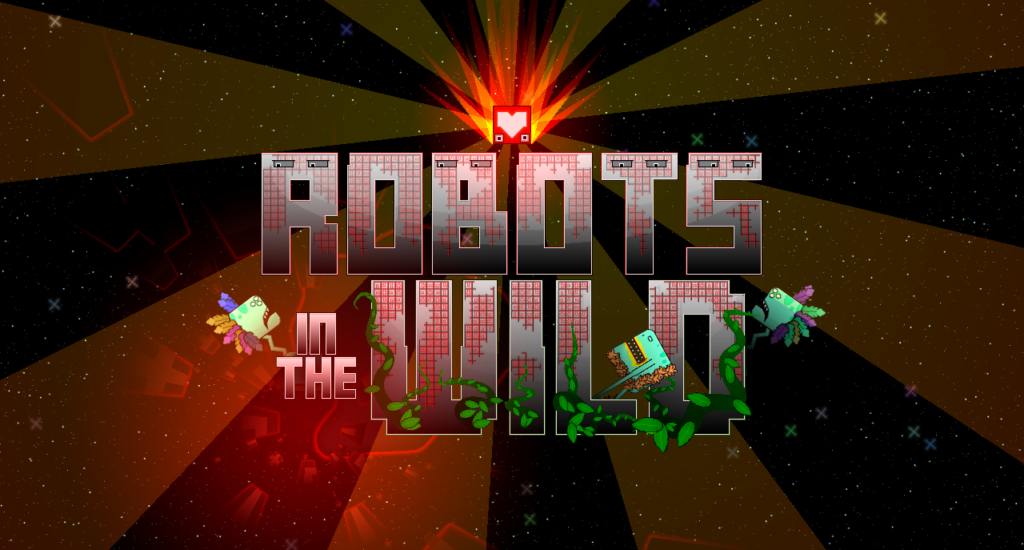 Action-puzzle game Robots in the Wild will be available through Steam Early Access on 15th February, 2017!

Robots in the Wild makes use of Tetris-inspired gameplay and adds action elements to it. By placing blocks in the right manner you can create different kinds of robots to fight monsters.

Not long ago, Robots lived in peace on a massive mothership … until one day, they were hit by a gigantic asteroid scattering their Blocks (and more importantly, their <HEARTS>) across the galaxy. Since these are the most precious Robots of them all, it’s important that you keep them safe …

Build your robo-fortress by rotating and strategically placing falling Blocks using a Tetris-like ecosystem. Connect Blocks in different formations to build Robots, such as:

* PewPewBot, which shoots lasers out of its mouth

* LampBot, who lights up the darkest nights

* DwellingBot, an essential Bot that produces four BatteryBots that deliver sweet power to your other Robots

There are even Robots that build Blocks to build other Robots! Make sure to keep everything connected through the Blocks power grid — because even the most energy efficient Robots still need a clear path for a BatteryBot.

The Monsters are incredibly dangerous and come in many different forms. Some have many mouths, and others explode on contact. There are even Monsters that stand on each other’s heads! Some are so massive that they can swallow your base up in one bite! Hurry up and get those defenses ready … because hungry alien Monsters wait for no man, woman or Robot. While Earth’s creatures like to sleep when it’s dark outside, these Monsters like to go “bump” in the night! You’d better build some LampBots; otherwise, you’re not going to see anything after the sun sets.

The following features have been added since the game has been Greenlit on Steam:

The key features in the core game include:

You can buy Robots in the Wild on 15th February 2017 through Steam Early Access. The title can be purchased for $7.99, which is 20% off the original $9.99 retail price. The launch sale will end on 21st February.

Robots in the Wild, by Heatbox Games, is compatible with Mac and Windows.

What’s your opinion about Robots in the Wild? Let us know.

Previous:America Chavez Solo Comic Isn’t Even Out and Is Already Winning
Next: Eliza Taylor Wants to Build a School in Thailand