The first issue of Marvel’s new America Chavez solo series, America, doesn’t hit stands until March, but this comic is already winning me over with its brilliant covers. And, you know, everything else. 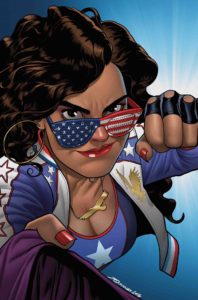 America Chavez was a breath of fresh air in the Marvel universe. Introduced in the 2011 title Vengeance, America is from a woman-only parallel universe where she was raised by her two mothers. When her mothers sacrifice themselves to save their planet, Utopia, America is prompted to travel to more crime-ridden worlds and fight injustice. Though she kissed a boy in her debut, in Young Avengers #12 she describes herself as a “flying, dimension-hopping, virtually indestructible lesbian”. Oh, and she’s Latina.

On March 1, America will debut in her very own solo title, where she faces a challenge all too common among young people today – college. Her experience will probably differ just a smidge from yours, though, because of the inter-dimensional travel. Said Wil Moss, the editor of the new series, in an interview with Refinery29, “She can travel to alternate universes — so there’s our earth, and then she can go to alternate versions of different earths. So she’s going to the same college but alternate versions of it to take all these wide variety of classes to get a big broad experience.”

As if all of that wasn’t enough to make me interested, Marvel has released the first couple of cover images, and they are unbelievable. The art for issue #1 features Miss Chavez looking pretty badass, but it’s the cover for April’s issue #2 that made news last week for its homage to Beyonce’s “Formation” music video. 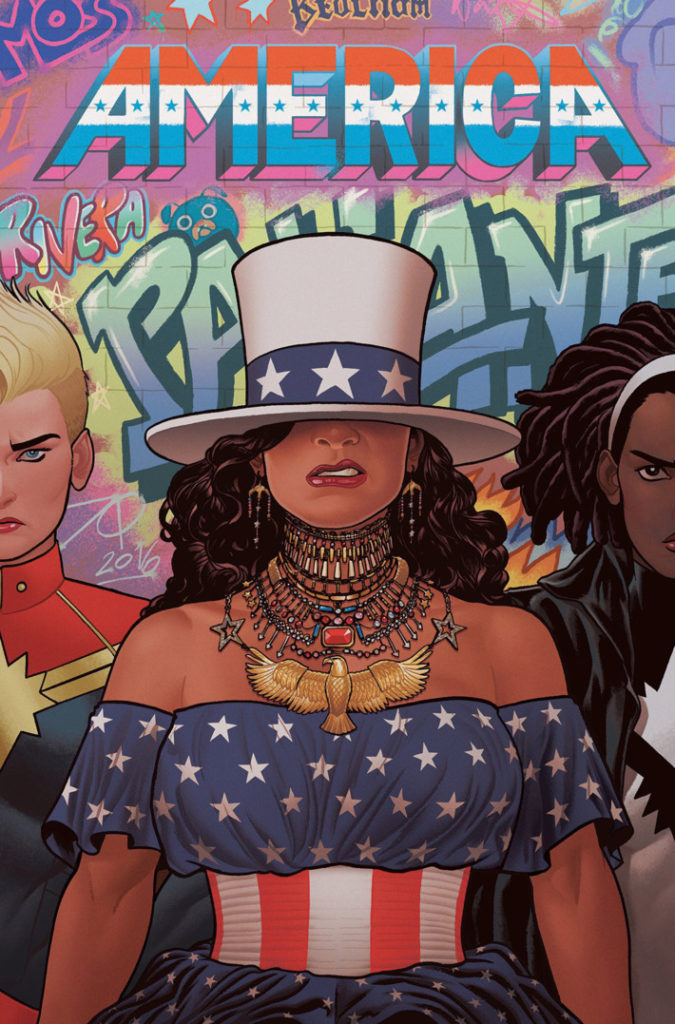 Now a variant cover for issue #1 has been released, and it’s topical and appropriate. In the wake of *shudder* President Trump’s executive orders on immigration, particularly between Mexico and seven Muslim majority countries in Africa and the Middle East, a hip-hop variant will be available that references the musical Hamilton. Hamilton‘s creator, Lin-Manuel Miranda, is Latino and the son of an immigrant. 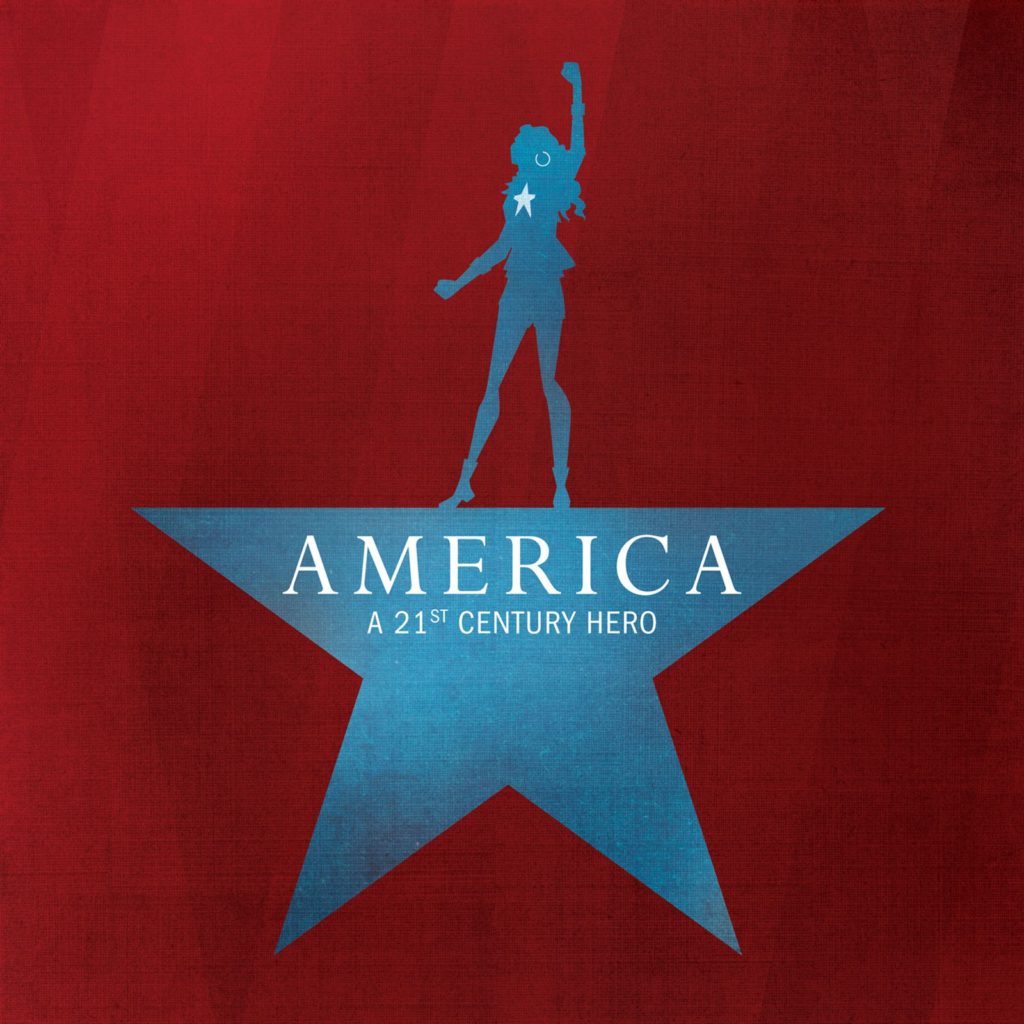 America writer Gabby Rivera, a queer Latina herself, talked to Refinery29 about the reality of being a Latina in Trump’s America. “I am still learning how to navigate this world, but to not include elements and emotions of what is going on would be a huge missed opportunity on my part — on our part. But it’s also a balance between connecting with people and alienating people. ‘Cause Latinos voted for Trump too. My family voted for Trump.”

No doubt Miss America will continue to push boundaries and be a voice for the underrepresented in this turbulent political atmosphere. Titles like this are sorely needed, so it’s important that we support marginalized voices in any way that we can.