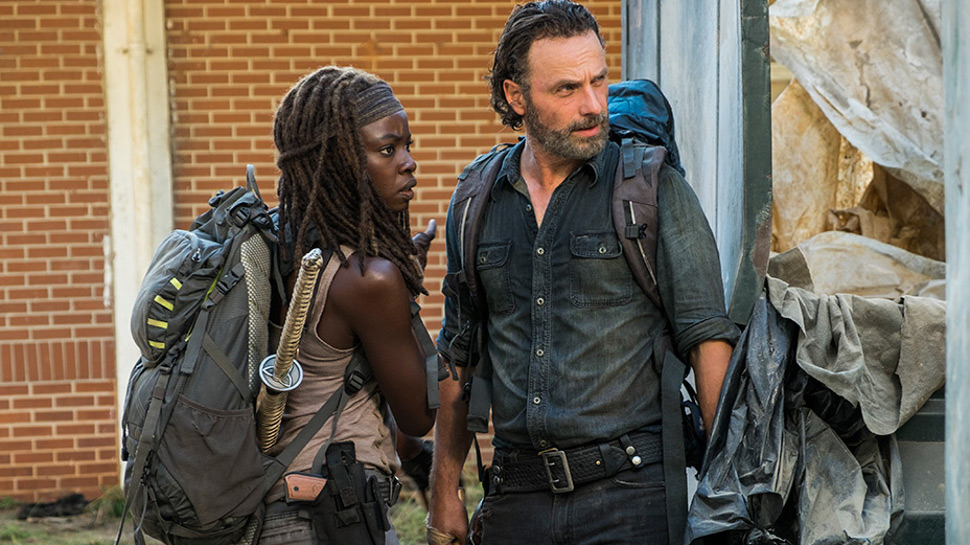 I think I can tentatively say that if The Walking Dead puts forward more episodes like “Say Yes”, some of my faith in this show may end up being restored.

While I feel pretty strongly about that “may end up”, based on how underwhelmed I’ve been for basically all of season seven, the Richonne Honeymoon Road Trip featured in “Say Yes” was so refreshing that when the episode was over I actually felt a little giddy. Was it a perfect episode? Absolutely not. But it was still probably the best one yet this season. 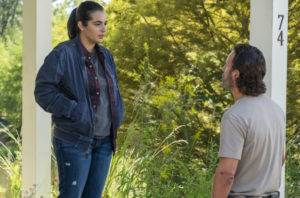 I really think that “Say Yes” would have been absolutely stellar if it had been all Rick and Michonne. I did enjoy Tara’s little conversation with Judith, especially how she came to the same conclusion that Rick has obviously come to – that it’s best to do everything they can to take out Negan, because living under the Saviors is no way to live. To be honest I’m even okay with TWD leaving Tara’s admission about Oceanside and Rick’s reaction for a future episode – it’s a bit of a cliffhanger, because I can’t imagine that Rick will be happy with Tara, but nothing so obnoxious as say, Glenn’s fake death.

Except speaking of fake deaths…wow that moment where they tried to make it look like Rick had been eaten alive by walkers. The idea of Rick dying anytime soon (if ever) is so ridiculous that I knew it had to be fake; to be honest, though, even knowing that, I still choked up a bit at Michonne’s reaction. I mean, she dropped her sword on the ground while she was surrounded by walkers! She hasn’t let go of that sword – not really, anyway – since they first arrived in Alexandria, and even that was because she felt safe. Seeing that moment where she believed Rick was dead and absolutely couldn’t handle it was heart-wrenching, even if I have to say that it was also bad writing because HOW DID THEY NOT LEARN FROM WHEN THEY FAKED GLENN’S DEATH. I mean really, Walking Dead writers…get your ish together.

While I’m on the subject of things I didn’t care for in “Say Yes”, I really hope I’m not the only one who is mad about Rosita…and now Sasha, too! Honestly, I could have handled the other questionable parts of this episode far better if they hadn’t included Rosita at all. She’s maddening, and she and Sasha together are even worse. I can’t imagine them not screwing things up for everyone else…and on top of that, Rosita really needs to stop talking to Gabriel the way she did in this episode. He has grown so much as a character and he is my current precious peach. I mean how can you not love someone who says things like “Anything is possible until your heart stops beating”? 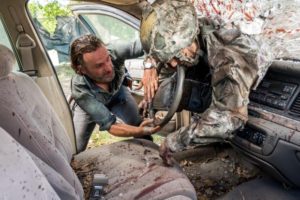 As for the whole school/carnival situation, without any explanation it was just very strange. I even watched Talking Dead for the first time in a while because I hoped that they would give some behind-the-scenes info on what happened there…but no such luck. In fact, Chris Hardwick even asked Denise Huth about what happened there and she said that they “didn’t really know”. Considering that she mentioned Scott Gimple liking to tell stories with the sets, you would think that they would have created a story for this one – so either they did, and they’re simply refusing to share it (rude!), or they didn’t, in which case the whole thing just seems pretty nonsensical. Sure, I get that the carnival must have been going on when the apocalypse started, but why were there so many soldiers there? Why were their people in plain clothes with their wrists zip-tied together? HOW HAD NO ONE STUMBLED UPON THIS PLACE YET? I mean, Rick and Michonne were only out for a few days, and they came upon the golfing saviors not long before discovering the school. I wish I could be okay with the fact that this is open to interpretation, because I definitely have an active imagination, but I wish they’d throw us a bone here.

On the other hand, this does leave the door open for some TWD fanfic that tells the school/carnival story. Any takers? Feel free to comment with full fanfic or links to what you’ve written! (I’m seriously serious here, people.) 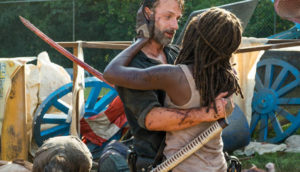 All that said, I was with Rick throughout “Say Yes” – I really didn’t want him and Michonne to go back home. Their Richonne Honeymoon Road Trip was so much better than anything The Walking Dead has done so far this season – the sexy times, their humor and bantering, their conversations about being (and maybe even *leading*) together…I loved every minute of it. Sure, it was cool to have an episode that featured a lot of walkers, and there were some awesome cringe-worthy moments (Rosita slicing open the neck of the momma walker; Rick pulling apart the walker that was stuck in the car windshield), but as I’ve said time and time again, this show is best when it is doing a good job with its characters, and “Say Yes” truly shone as an episode because of that…and, let’s not lie, also because it was a bright spot in an otherwise sub-par season.

Now if only Jadis and her people weren’t still so weird and off-putting…but hey, at least Rick got to keep the cat. 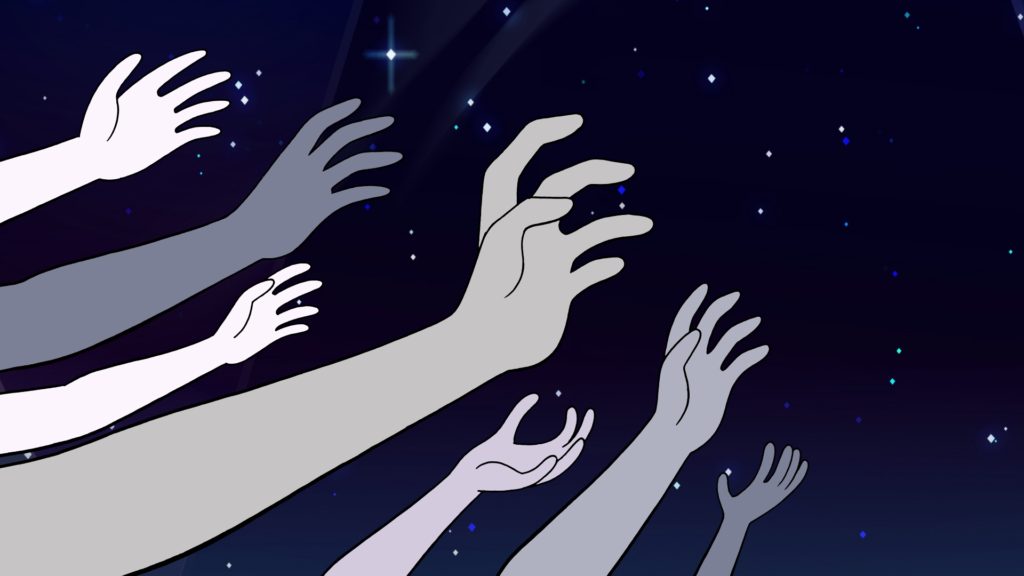 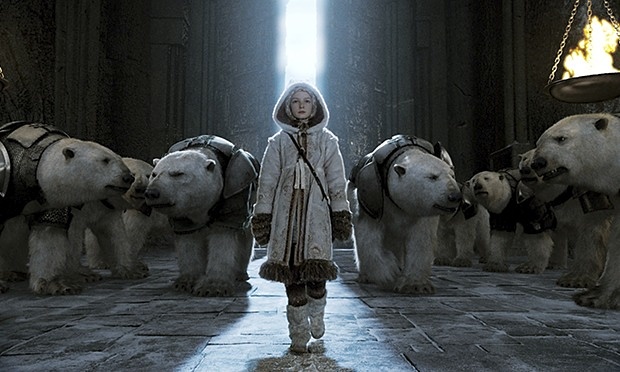