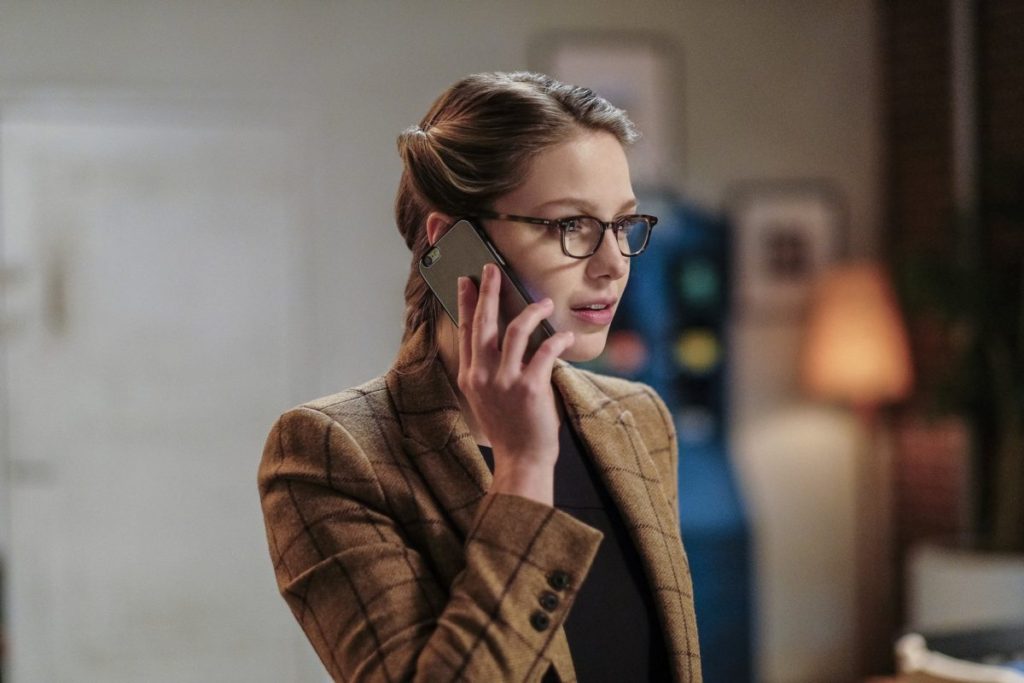 Wow. Supergirl continues to be extremely relevant to what’s going on politically in America. “Exodus” eerily echoes the current immigration crisis as Cadmus starts abducting aliens from the stolen registry.

“Exodus” opens with an alien family that gets pulled over by a Cadmus agent masquerading as a police officer. A van pulls up alongside them and they handcuff the entire family — both parents and their teenage daughter — and toss them in the back. We learn that this is the twentieth such abduction since Cadmus stole the registry from the DEO, and watching this scene strongly reminded me of the ICE raids last month. This episode mirrors current events so closely it’s almost hard to believe that this entire storyline wasn’t conceived within the past few weeks, and it serves to highlight something important — most of the people affected by the immigration policy are normal people just trying to live their lives, and they’re being treated  abysmally. Later, when Alex learns that Jeremiah talked Lillian into sending them back into space rather than killing them, Alex reminds him that some of them don’t have homes to go back to — that they survived famine, war, and genocide, and that’s why they were on Earth in the first place. It’s the same with refugees; people are going through the same thing right now. (Here is a link for anyone who wants to help.)

Kara wants to warn the rest of the aliens by writing an article for Catco, but Snapper won’t let her publish it because it doesn’t cite enough sources. In another storyline that echoes what’s going on, Snapper is worried about the “fake news” phenomenon. Kara offers to let him have an exclusive interview with her source — Supergirl — and he agrees, but he soon gets frustrated when she won’t reveal where she got her information. He tells Kara that journalists can’t cherry-pick the information; it’s their responsibility to report everything so that the public can make informed 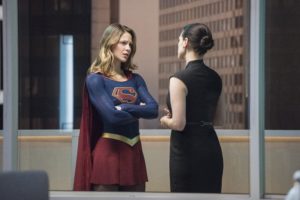 opinions. When Kara laments to Lena that she can’t get her story published, Lena suggests she make a blog post and get it all over social media, but Kara struggles with the decision. She knows it’s the right thing to do, but she could also potentially lose her job. In the end, she decides to publish it.

While Kara wrestles with that, Lena does some digging of her own. Unfortunately, it seems that her assistant is a Cadmus plant and warns Lillian that Lena has found their location. Lillian asks that Lena get taken care of, but not in any permanent way. Supergirl rescues Lena from the two men who break into her office, and Lena tells her what she’s uncovered. Kara rushes off to save the day.

Meanwhile, Alex is conflicted about her father. She worries about what will happen to Jeremiah when the DEO finds him, and she worries that she is the only one who still thinks there is good in him. J’onn is concerned that Alex will compromise the mission because of her father, so he disguises himself as Jeremiah and goes to Alex’s apartment to test her resolve; in his mind, she fails, and he suspends her. Though Alex argues her case to Kara, she agrees with J’onn’s decision — though not with his methods — and promises that she won’t let anything happen to Jeremiah. 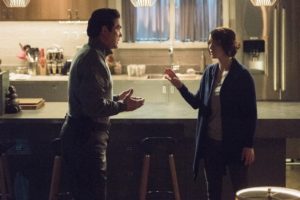 Maggie, on the other hand, agrees with Alex and helps her stop another abduction so that they can copy the data from the vehicle’s GPS and trace it back to Cadmus.

So, hey, turns out Jeremiah is a good guy again. Confronted with an Alex who is completely willing to blow up the building, he turns on Lillian and tries to hack into the launching starship that is forcibly deporting the aliens. I think we all knew that he wasn’t beyond hope, but he does wind up being re-captured, so we’ll probably have to go through this again in a few weeks, or even next season.

Alex was pretty badass in “Exodus”. From using a pool cue as a weapon when Cadmus raids the bar to planting bombs all over Cadmus’s secret hideout to flying an alien starship, Chyler Leigh was amazing in this episode. I can also appreciate how many times we saw what a good team Alex and Maggie are. There was a lot of Maggie, which is good, and there was a great scene with Kara that had me on the edge of my seat.

In the end, Snapper does fire Kara. He has a few perfectly valid reasons, but his main one is journalistic integrity. Not knowing that Kara is Supergirl (and proving he’s kind of a terrible journalist, seriously what is wrong with everyone in this city), he thinks she just got lucky with her story and is concerned that her willingness to publish something without verifying it could cause potential problems. There’s a pretty solid reference to a certain politician when Snapper lists the consequences of running with a story that doesn’t have the proper sources. It’s frustrating to watch, because we know the truth, but you can’t fault Snapper’s decision.

What I can fault is that last scene with Kara and Mon-El. Kara talks all about how journalism was her calling, but I don’t buy it. I don’t know if I ever bought it. Her sudden decision to be a reporter seemed totally out of the blue, and the show spent absolutely no time focusing on that aspect of her life. She talked about how much she loved being a reporter but we only saw her work on a few stories, and each time she just used Supergirl as a source. She didn’t seem to ever do any actual reporting. Not to mention, she tells Mon-El that maybe just being Supergirl and having him is enough, which is ridiculous, because she broke up with James to focus on herself.

What did you all think of “Exodus”? 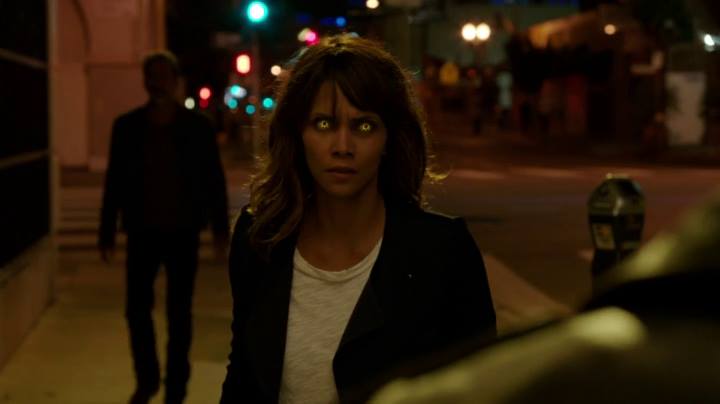 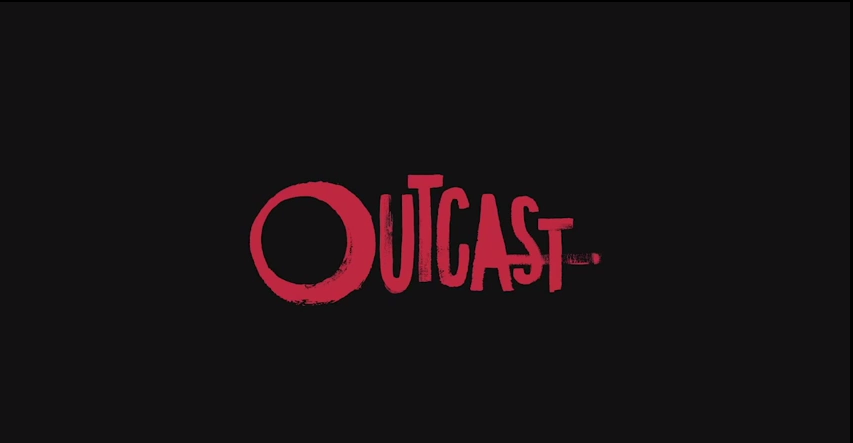 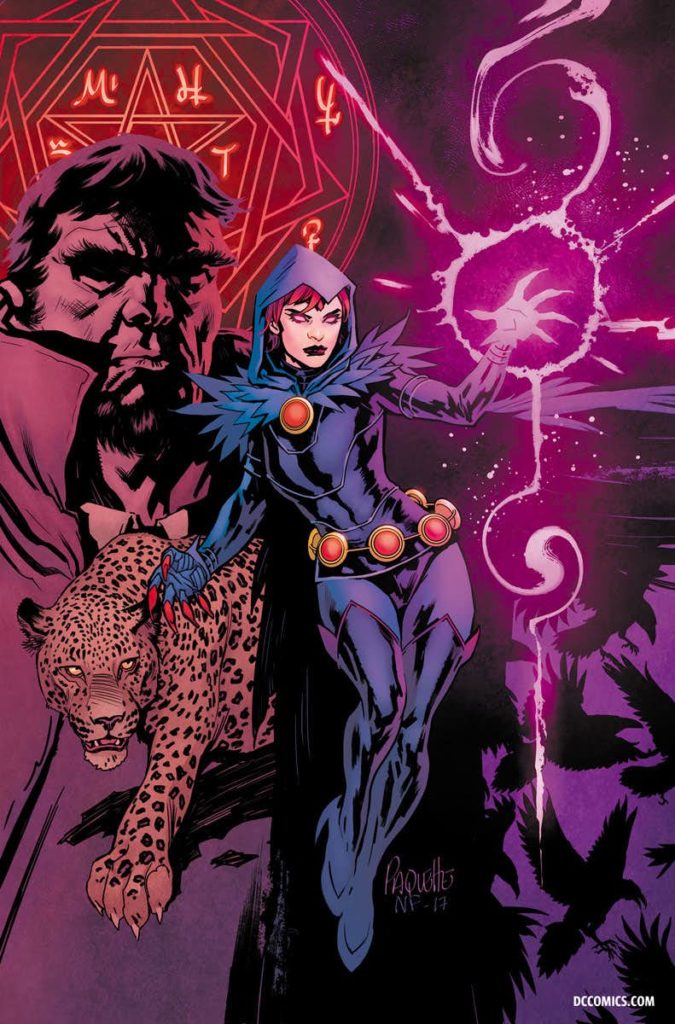