Script Tries to Convince Us Jon Snow Is Dead, I’m Not Buying It 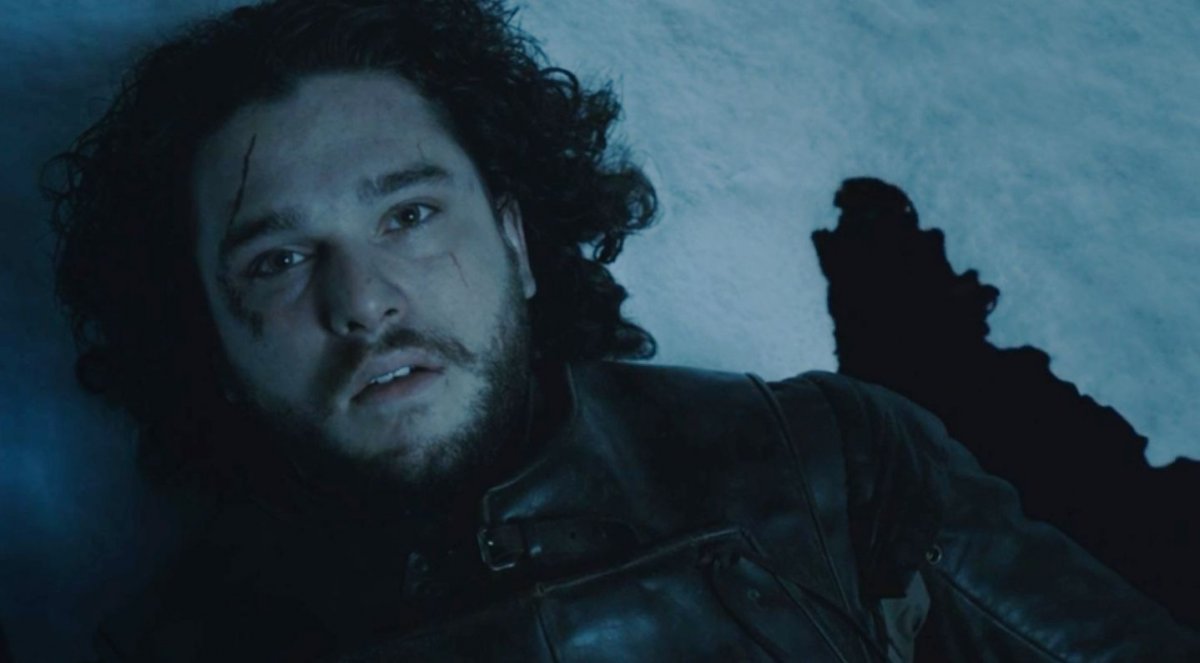 It was one of the most highly-anticipated scenes for readers of George R.R. Martin’s “A Song of Ice and Fire” series – the season 5 “death” of fan-favorite character Jon Snow.

Since the scene aired last year, cast and crew of HBO’s hit show Game of Thrones have done their best to either convince the world a) that Jon Snow died after being “Caesar’d” by his fellow members of the Night’s Watch or b) that they didn’t know anything and they weren’t saying anything. Kit Harington has previously revealed that he is in season 6, but he was dead in the scenes he filmed. And earlier today, the script pages for that memorable scene were released, as though trying to drive the point home that, yes, Jon Snow is absolutely dead.

Well, I’m not buying it.

The following paragraph contains season 6/book 6 speculation. It is not inherently spoilery, since it is just a theory, but you may not want to read.

There has been much speculation about Jon Snow’s fate since the fifth book, A Dance with Dragons, was released in 2011. A very popular theory, one to which I subscribe, has to do with Jon’s direwolf, Ghost, and the warging abilities so prominent in half-brother Bran Stark. You see, in the book, Jon’s last word is “Ghost”, and the idea is that he warged into Ghost before he died. It’s something that hasn’t really been explored in the television series, but in the books, all of the Stark children have the ability to warg into their direwolves, but Bran is the only one who is really aware of it. So, Jon Snow is still “alive” but in Ghost’s body, and his spirit will stay there until Melisandre – backed by the power of the Lord of Light – will be able to bring his body back to life (as we saw Thoros do to Beric Dondarrion in season 3).

But this is all just speculation, of course. Now, book readers are in the same boat as non-book readers. Barring a few exceptions, the show has finally caught up to the books, and now no one knows what’s going to happen when season 6 premieres April 24th.

So, you can release all the script pages you want. You can parade every cast member in front of me, and everyone even remotely involved with the show can swear up and down that Jon Snow is absolutely, one hundred percent dead, no way is he even remotely alive, no sir. But you will pry my “Jon Snow is alive but in Ghost’s body” theory from my cold, dead hands.

Previous:Gotham 2×14 Review: ‘This Ball of Mud and Meanness’