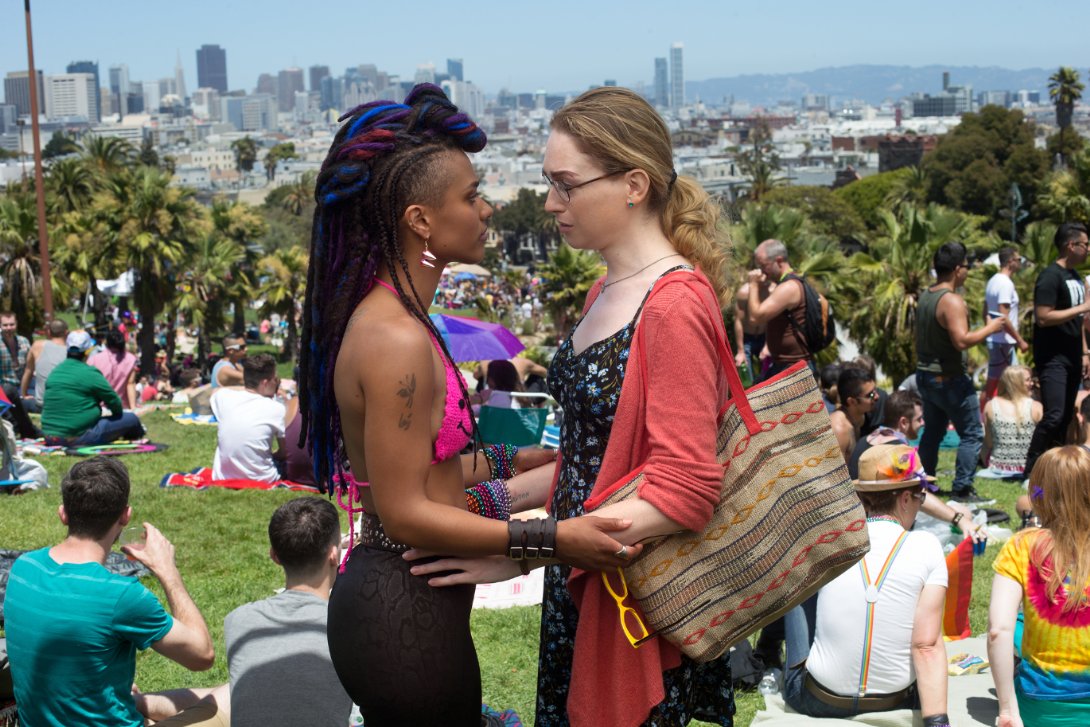 My simple gut-reaction-taste-response to Netflix’s new sci-fi series Sense8 is that I loved it and I need more immediately. And sure, I was kind of predisposed to enjoy it. Even when all I knew about it was that it had a diverse cast and featured live births – as in actual babies coming out of people’s vagina – I desperately wanted Sense8 to be good. To be fair, it delivered on both those promises, but it was the unexpected that truly made me love this show.

Sense8, created by The Wachowskis and J. Michael Straczynski (Babylon 5), is about eight strangers that are suddenly connected psychically. Chicago has your run of the mill cutie cop with a hero complex, Will. In London there’s Icelandic DJ, Riley. Capheus, in Nairobi, is a Matatu van driver caring for his sick mother. Sun Bak is kickboxing businesswoman in Seoul. Kala’s a devout Hindu about to marry a man she doesn’t love. In Germany, Wolfgang is a safe-cracker with ties to organised crime. Lito is a closeted star in Mexico City. And Nomi is a trans woman blogging in San Francisco.

After the bizarre spectacle that was Jupiter Ascending, I expected something similar from The Wachowskis’ foray into television. While Sense8 has elements of spectacle, I was surprised to find that the base of Sense8 was incredibly recognizable human drama. It’s really just a story about ordinary people falling in love and finding connections, except those people are kind of psychically connected to each other. 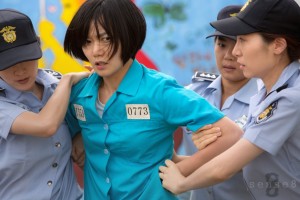 Before I watched this series I thought the whole psychically connected meta humans aspect of this show would be fairly alienating, which isn’t necessarily a bad thing in science fiction, but it was strangely easy to relate to once I got used to the way these characters communicated. This is really a simple story about human connections and although it takes a little time to get into the swing of things, it’s definitely worth persevering through the slow start to get to the real magic.

That said, I’m not really surprised to hear that a lot of people dropped Sense8 after the first episode. I desperately wanted to love it and even I thought about giving up a couple of times. The first episode is kind of slow and confusing. Honestly, there wasn’t really enough intrigue in there to make me desperate for more. But I kept watching and, boy, am I glad I did because by the end of the second episode I was totally hooked.

Then again, Sense8’s pacing kind of reminds me of the many slow-build fantasy and sci-fi novels I have sitting on my book shelf. The ones that take the time create the mundanity of life before turning it on its head. So I’d say that the slow start was probably more deliberate than accidental. Of course, I always get bored at the start of those novels because I have the attention span of a flea pretending to be a goldfish. But I understand that the technique works to heighten the tension as the story progresses. 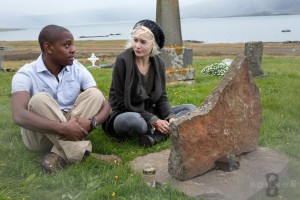 Sense8 is not for casual consumption. You can’t just tune in and out. It’s a commitment, and while I definitely think that commitment pays off in a big way, I completely understand if it’s not your thing. My only stipulation is that you watch until the end of second episode before throwing in the towel, because the first 50 minutes really doesn’t do this series justice. Once you hit about 90 minutes though, it just gets more and more intense.

There is not much of The Wachowskis signature style in the direction, but that enhances the intimacy of the series. This is not a movie that has been elongated and transported to the small screen. This is television. Close up abounds yet that doesn’t mean this show is not beautiful, because its use of locations is sublime and it’s almost worth watching the series to see all the wonderful places they shot.

It’s astonishing how well this series develops its large cast of characters so much with so little time. But it’s the truth; these are some of the most interesting characters I’ve seen on television in years. They’re all unique, and their uniqueness becomes apparent as the series progresses. Even better, each character’s skill set and characterisation compliment the sensate cluster (the eight main characters that are psychically linked) perfectly.

As an added bonus, Sense8 will also help you clear out your Facebook timeline, because anyone that describes this show using the phrases: “politically correct” or “gay agenda” or “forced diversity”… Well, you can pretty much unfriend them automatically. It’s always nice to be able to weed out the bigots. That’s not to say that there aren’t any reasons to criticize this show or its creators, but the inclusion of characters that are not straight cis white men is not a political statement, it’s just reality. 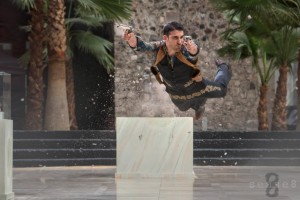 Finally, I want to talk directly to my fellow fangirls (and by fangirls I mean all those in fandom no matter what gender they identify with) because this show was MADE for us. Whereas Jupiter Ascending was every fangirl’s adolescent fantasy, Sense8 a more mature fandom’s desires. You know, when you realise that what’s missing from the media you consume is not just Mary Sue space princesses and Channing Tatum werewolf bodyguards. When you become more focused on characters and how those character connect with one another and of course more diversity.

Sense8 intersects with all of those desires, and while it doesn’t always get it right, it does a better job than pretty much anything I have ever seen before. It’s kind of like a really cool interpretation of the “soulmate AU”. Instead of two people, there are eight, and the relationships aren’t necessarily romantic but the basic premise is the same. These eight strangers are not in sync; it’s their differences that draw them to each other. They all have something significant to offer the group, even if that skill is not immediately apparent. Just do yourself a favour and watch this show.

WARNINGS: Sense8 talks about and/or depicts suicide in every episode. There’s also some torture, deliberate mis-gendering, forced medical procedures, racism explicitly relating to the tension between police and black men in the USA, live births, discussions of the Holocaust, drug use, some mentions of homophobia, and LOTS of sex. Although it should be mentioned that all the sex is consensual. This show used a lot of gratuitous sex and violence but it doesn’t depict rape – you hear that Game of Thrones, it seems it can be done.

What did you think of Sense8?