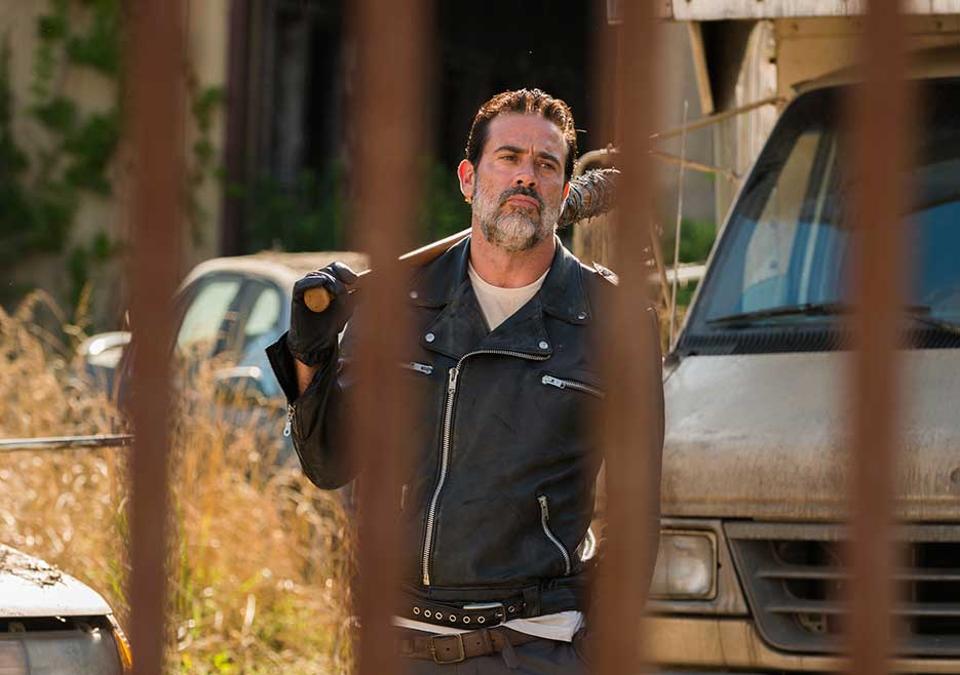 I have to be honest, the first thing I thought when “Service” finally ended was that I didn’t understand why this Walking Dead episode was “90 minutes long” (in quotes because that run time included commercials).

WARNING: This review contains spoilers through The Walking Dead’s episode “Service”, as well as vague references to past events in the TWD comics.

While it’s become pretty clear that The Walking Dead has a lot of material that they want to get through in the first half of this season, I still feel like these extra-long episodes are evidence of bad editing far more than good storytelling…and “Service” was no exception.

I’m honestly torn about whether to start with the good or the bad, because while I didn’t care for the episode as a whole, “Service” certainly had its moments. The problem is, they were few and far between, and comic readers, let’s be honest here – most of them were stolen from the source material.

Yes, I know that’s a strong word – “stolen”. I mean, Kirkman works on the show from time to time, and many of the cast and crew read the Walking Dead comics. But as I said in my review of the season premiere, the show doesn’t have a great track record when it comes to picking and choosing which comic stories – or even just LINES – they decide to include. It wasn’t so bad at first, but it’s gotten worse over the years, and this season I’m really starting to feel like it’s enough already. 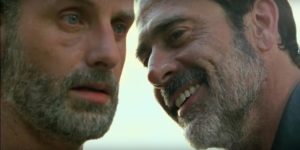 So first, the many cons of “Service” – the Saviors taking all of Alexandria’s guns, Negan talking about how Maggie would agree to be with him even after watching him kill Glenn, and yeah, that way the one Savior guy was talking to Enid. It was over-sexualized and if the Negan I know from the comics had overheard that, he would have flipped his shit.

Additionally, Negan talked a lot about killing Olivia if they didn’t find the two missing guns, and then he continued to insist that someone had to pay for the fact that they were missing in the first place – from what I could deduce, he made Rick tell him who had them in the first place, though we never actually saw that happen. So why is Spencer still alive?

And speaking of Spencer, that’s one thing I’d actually forgotten about – how awful he is. He’s had some okay moments, and on top of that, we haven’t seen him a lot lately…which makes it easy to forget how bad he can be. Still, until he started talking crap about Rick to Rosita, I thought maybe he’d actually changed. Apparently not, and again, he survived “Service”, so sadly, I think he’ll be around to mess things up for some time to come.

On the other hand, we have Gabriel, who was [rightfully] loathed for a long time, but who really pulled his weight in “Service”. Yes, his dreamy admissions about how he trusted that everything would turn out okay were annoying, but Rick was right – he thought fast by digging a fresh grave so that Negan would think that Maggie was really dead. The problem is, we have to assume that the Saviors will be visiting the Hilltop soon – likely as soon as next week, based on the previews – and I wonder if the people there (particularly their leader Gregory) will give up Maggie to save their own asses.

Meanwhile, I both love and hate the current tension between Rick and Michonne, because I actually believe that it’s necessary (and I love the fact that she’s practicing her marksmanship; after all, it’s a nod to comic!Andrea). That said, yeah, it was more than a little bit maddening when Rick gave up the gun that Negan had no way of knowing about, and actually thought that doing so would convince Negan to let Daryl stay in Alexandria. The fact that they even took the deer that Michonne had [mistakenly] killed was a kick in the shin, and despite her promise to Rick that she would try to live with their new situation, the burning mattresses at the close of the episode clearly changed her mind about that.

The mattresses weren’t the only thing the Saviors took; they also got all of Alexandria’s guns, in the end, and while they left the food, it’s really stupid that they took every single firearm. The whole point of Negan’s system is that he wants these other communities to exist so that they can provide the Saviors with everything they need to stay alive. Leaving a community with absolutely no guns – even with Carl sucking again and apparently causing that decision in the first place by drawing a gun on one of Negan’s men – seems like the opposite of what Negan would do. He would leave them weak, but not unarmed, and while they certainly have other weapons, “no guns at all” is too harsh to make sense.

In the end, it seemed that most of the 90-minute-long “Service” episode only existed to reach the moment where Rick admitred to Michonne that he knew Judith isn’t his daughter. I can’t be the only one whose first thought upon hearing this was, “I mean yeah, duh”? It almost felt like he was playing a game, trying to gain that extra emotional leverage with Michonne because he needed her to agree to essentially “bow” to the Saviors. I simply can’t get behind this in any way, shape, or form, even if seeing the burning mattresses means that she’s going to rise up against Rick in the end. 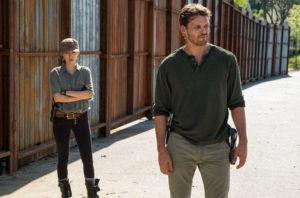 Anyway, now that I’ve ranted about the many incompetent parts of “Service”, I do want to highlight a few positive moments. For instance, everything about Eugene – I loved that he was trying to fix a radio/audio system of some sort in the beginning because that was “doing his part” to provide things for the Saviors. And I felt for him when he told Rosita and Spencer that he couldn’t go foraging with them because he wasn’t up for it; he’s obviously been effected by what he saw Negan do, and Josh McDermitt is doing an amazing job with this character.

On top of that, it was absolutely perfect when Rosita knocked on Eugene’s door and asked him to make her a bullet. The two of them were absolutely my favorite characters in this episode.

The moments between Rick and Daryl were also poignant. Yes, sometimes they felt forced, and as much as I hate how much Daryl’s motorcycle was forced into the plot of “Service”, Norman Reedus is doing a great job as this “new” Daryl…even if I hope he’s actually just hiding behind a front and will soon come up with a plan to end all these other stupid story lines.

Sadly, as a comic reader, I am reaching the point where I’m beginning to think that this is not my Negan. I will say that Jeffrey Dean Morgan is doing what he can with a script that is written for cable TV (versus paid channels like HBO, streaming services like Netflix, etc.), but I also don’t like the character they’re creating. I want to; I think I did at first. But the more I watch, the more the lines are blurring, and the less sure I am about the way TWD is portraying Negan.

I mean, sure, it was meaningful that Negan made Rick carry Lucille around the entire time that the Saviors were ransacking Alexandria – but in the end, what does that really mean in comparison to the rest of “Service”?

But hey, I’m down with the women being the ones who want to fight – Michonne and Rosita, of course, but I also have to presume that Maggie and Sasha will feel the same. And where the heck is TARA?! Something big better happens when she finally returns.

What did you think of “Service”? Was it too long considering its content? Let us know in the comments!

Previous:Ghost in the Shell Trailer: Disaster or Genius?
Next: A “Guardians of the Galaxy” Game Is (Probably) Due in 2017