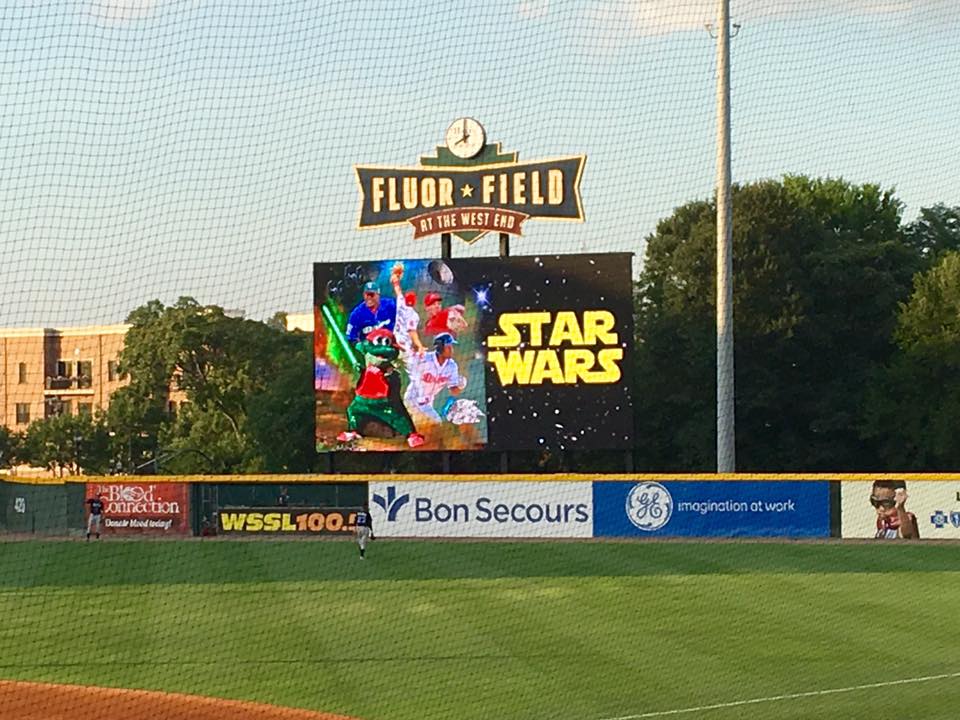 Tonight I attended Star Wars night at Greenville, South Carolina’s local minor league baseball stadium, Fluor Field. This is an annual event that I stumbled upon many years ago but constantly seem to miss…so when I got the email about this 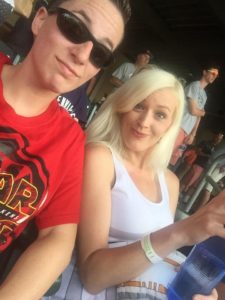 year’s Greenville Drive Star Wars night, I knew I had to attend – because you really can’t go wrong when you combine Star Wars and baseball. (At least in my opinion.) 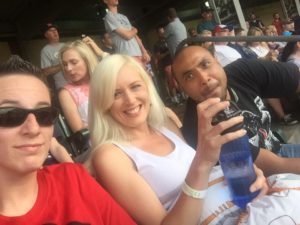 And that’s just the first page of my search! If you’re a fan of both Star Wars and baseball, I highly suggest searching for your local team – whether they’re minor or major league – to see when they’re having Star Wars night. Personally, as far away as I am, I grew up in New England as a Boston Red Sox fan, which means I had to find out when their Star Wars night was scheduled. (Sadly, I missed it – it happened back on May 9th).

Thankfully I’m lucky enough to live in a city whose minor league team is a Red Sox farm team, though, and tonight the Greenville Drive had everything from lightsaber “dizzy bat” races to Star Wars trivia to a Star Wars themed fireworks show after the game. They even had a special t-shirt, which of course I had to purchase despite the fact that I own more t-shirts than I could ever possibly wear. There was even a local comic book shop in attendance – Borderlands Comics & Games, who also hosts Greenville’s SC ComiCon – and they were giving away some free comics…so who knows what you could encounter at your local baseball team’s Star Wars night!

If you’re a geek who also loves sports, especially one who enjoys both Star Wars and baseball, do that search. I don’t think you’ll be disappointed – I certainly wasn’t! Plus, for once I actually had an excuse to wear some Star Wars gear (though to be fair, I don’t ever actually need an excuse)… 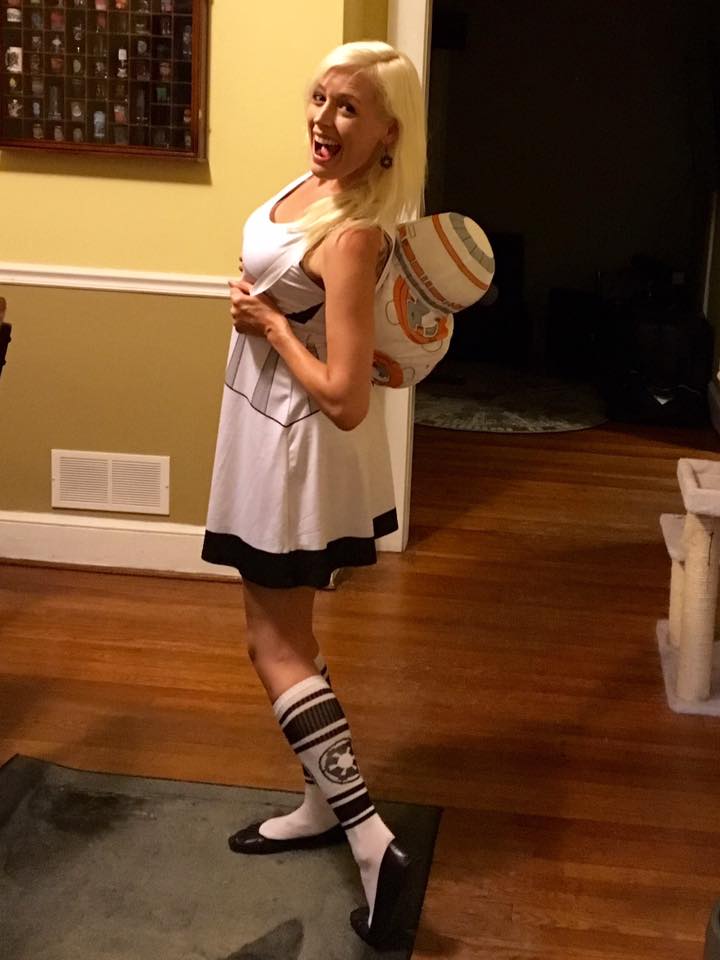 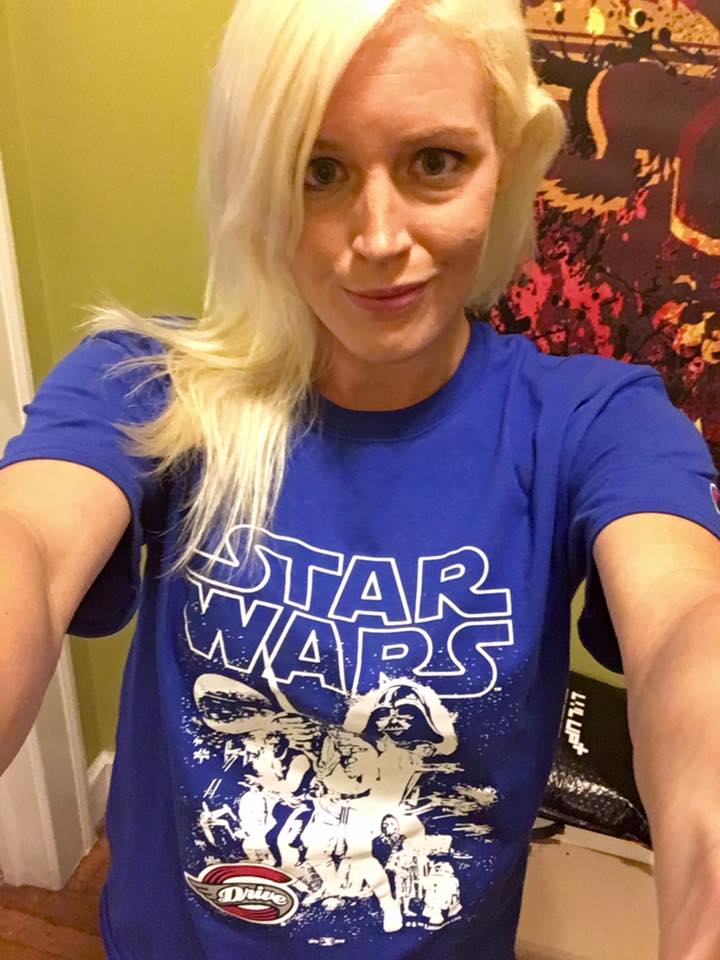 What I came home with