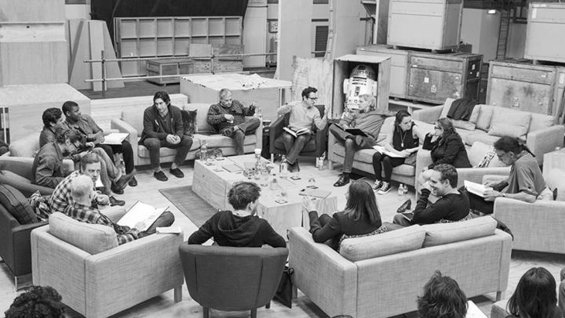 Yesterday’s meeting between JJ Abrams, producer of the next Star Wars film, and what appears to be the majority of that movie’s main cast members, certainly caused a stir. Of course the announcement that Mark Hamill, Harrison Ford, and Carrie Fisher were returning – alongside Peter Mayhew, Anthony Daniels, and Kenny Baker – had been long-rumored….so the real news was the other seven names that were added to the list. A list that has already brought up several concerns amongst fans, though it will likely be weeks – if not months – before most of those concerns are addressed. 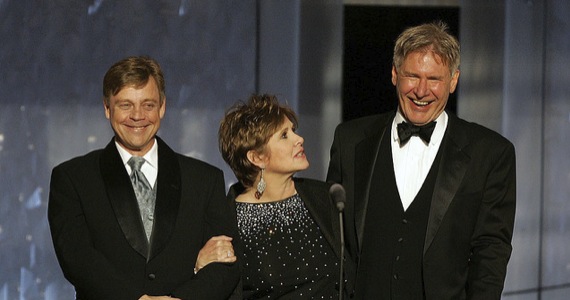 Still, nothing can be worse than Jar Jar, right?

I’m half kidding, though the casting of Andy Serkis likely means that there will be a mostly-CG character/creature. Thankfully, though, while I haven’t always been fond of JJ Abrams’ decisions involving other sci-fi franchises (I’ll get into that later) he generally takes a more serious route. That means that hopefully us fans can set aside our concerns about having to suffer through another Jar Jar.

Other than Serkis, it was nice to see that none of the names revealed yesterday were big ones. Yes, most of the actors have had a number of roles, but even the most well-known of those on the list aren’t major movie – or even television – stars. This worked extremely well for the original trilogy, because you didn’t see the cast members as movie stars, you saw them as the characters. Hopefully the same will be said of episode seven when it’s released in December 2015 (the 18th of December 2015, to be exact). 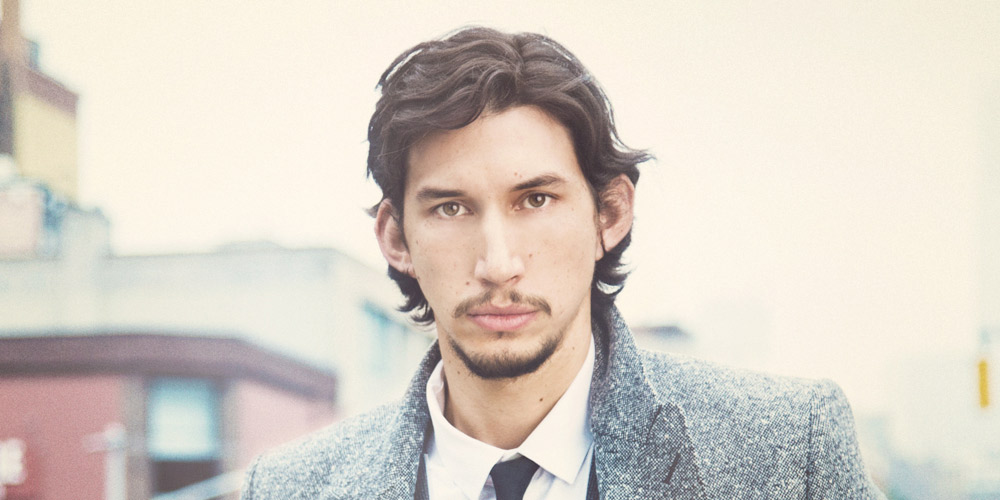 As for one of the more well-known names attached to this film, Adam Driver of HBO’s Girls was originally rumored to be on deck for the role of the lead protagonist; however, more recent news claims he is more likely to be playing a villain. I for one am more attached to the latter idea, because personally I’m far more intrigued by John Boyega. The fact that in response to uproar over the lack of women on yesterday’s list, sources have been popping up and claiming that JJ Abrams still has a major female role to fill – and that earlier this year he was apparently searching for a ‘mixed race female in her 20s’, and even met with Twelve Years a Slave‘s Lupita Nyong’o – is hopefully a promising combination.

I say ‘hopefully’ because to be completely honest, until this supposed additional female character and the actor chosen to portray her is announced, it’s difficult to ignore the fact that the list of thirteen names that was presented yesterday only includes two women – Carrie Fisher, as previously mentioned, and the nearly-unknown Daisy Ridley. And the thing is, even if they add a third female to this roster, females will still only make up about 21% of it. It’s 2014 in the ‘real world’. Episode VII is supposed to take place about three decades after the original trilogy. Why are we still looking at an entirely male-dominated cast? The original trilogy is somewhat easier to forgive, because those movies were released in a different time. The prequels, not so much, but at least the Extended Universe gave us some great female characters over the years, right?

Of course, now that Disney has acquired the rights to Star Wars, the EU is essentially being thrown out the window. As someone who grew up reading EU novels, this news was obviously upsetting – but more so because the original announcement made it sound as if the Star Wars stories and characters that I love were going into the trash where they belong. Supposedly the articles that made it sound this way took things a bit out of context, and I can only hope that’s the case. Still, when it comes to the new trilogy, I think it’s better for Abrams to not attempt an Extended Universe storyline…especially after the Khan debacle in Star Trek Into Darkness, but also because with book adaptations there would be a picking and choosing of aspects from the original text, and this would inevitably lead to the movies being nitpicked even more than they will be already.

It’s understandable that Abrams et. al. want to keep Episode VII’s plot and character list quiet, but in terms of that mysterious additional female character I hope that they don’t make us fans hold our breath for too long.